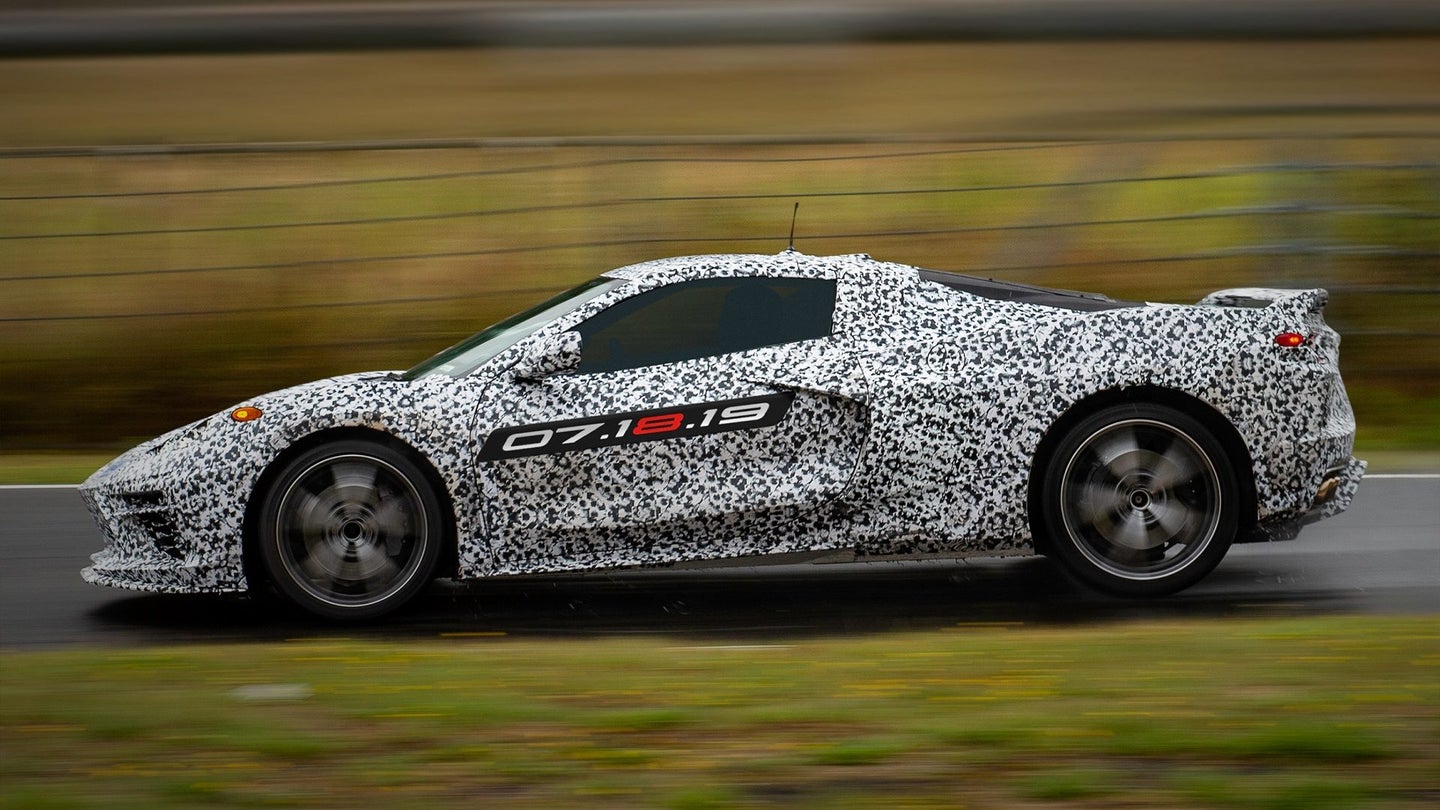 With the Chevrolet Corvette C8's unveiling coming later this week, leaks and rumors are continuing to roll out to the public. Most recently, 3D drawings of a brand new "LT7" engine were uncovered by GM Authority, with the power plant speculated to be introduced in a future performance variant of the next-generation model.

Fans and early adopters shouldn't hold their breath waiting for a turbocharged Corvette to be announced on Thursday, however. While the CAD drawings and short-exit exhaust, which can be seen in GM Authority's article, are indicative of placement in the C8, the twin-turbo engine isn't expected to be available at launch. According to alleged unnamed sources, it will instead be reserved for the C8's Z06 performance trim, and potentially a successor to the current-generation ZR1.

Chevrolet announced Monday that the C8 would be revealed in Stingray trim on July 18.

Don't let the "LT" prefix fool you—the engine isn't believed to be based on GM's old pushrod technology. Instead, it'll supposedly be built on the same modern architecture as Cadillac's upcoming 4.2-liter twin-turbo "Blackwing" V8. But perhaps equally interesting is that the illustrations do not place the Corvette's turbochargers into a top-mounted "hot-V" configuration like the Cadillac.

The use of factory turbochargers in any production Corvette is a fairly unheard of concept. The current-generation Z06 and ZR1 models feature a factory supercharger to boost the power output of their respected 6.2-liter V8s, but that's an entirely different story. Should GM's LT7 be based on the same Blackwing platform, Chevy will need to squeeze quite a few more ponies to surpass the Cadillac CT6-V's supposed 550 horsepower and match with the current-gen powerhouse Corvettes.

Furthermore, while also unconfirmed, we're expecting the C8 to feature GM's recently patented dual-clutch seven-speed automatic transmission after a video surfaced of the C8 being pushed hard at the Nurburgring last week. While on track, audible ignition blips could be heard between shifts as the C8 made its rounds, hinting at the ultra-fast shifting of a modern dual-clutch gearbox.

A GM spokesperson declined to comment on the matter.