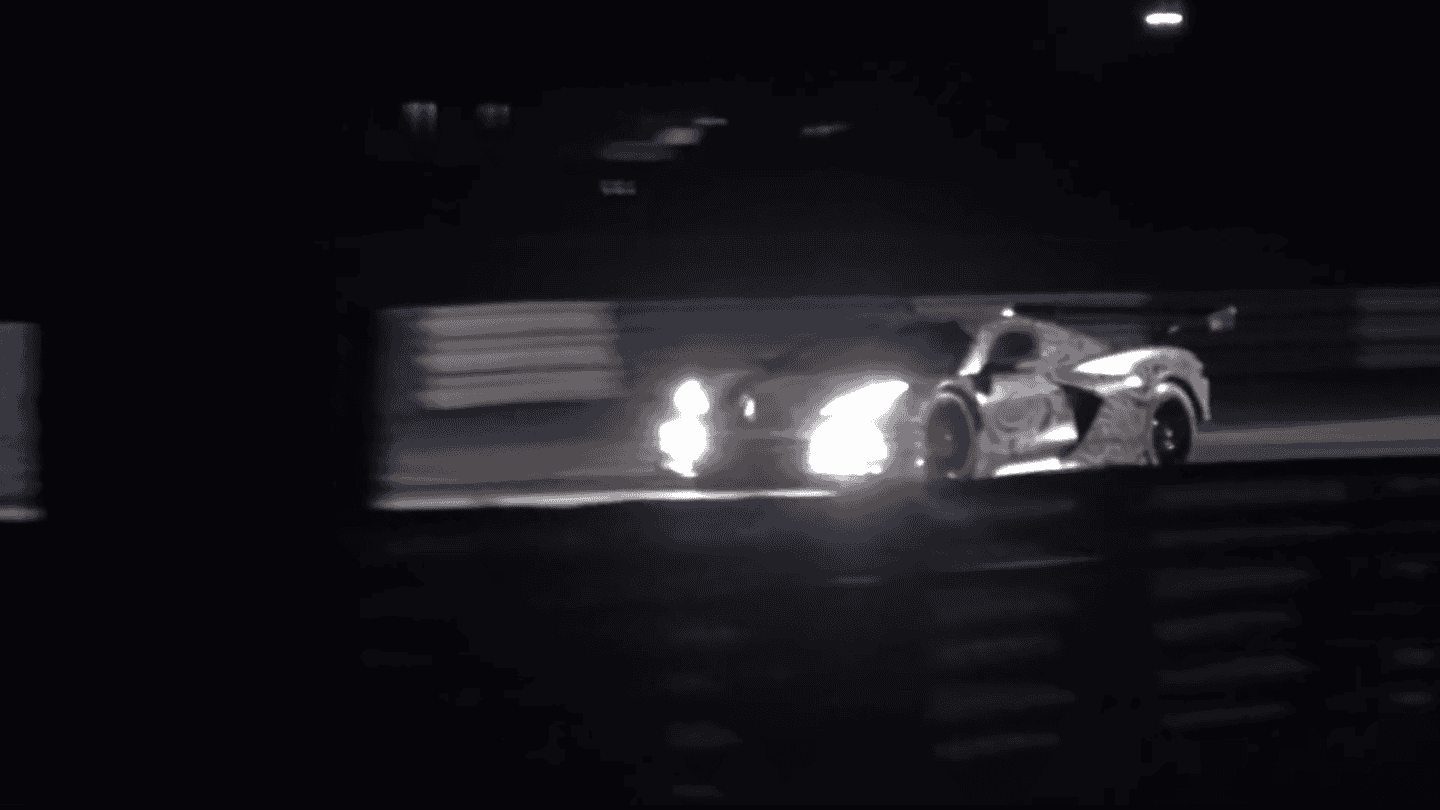 Even though Chevrolet has yet to officially confirm anything, a sportscar racing version of its recently revealed mid-engined Corvette called the C8.R is almost definitely coming soon. Chevy showed off a camouflaged, big-winged version of the new 'Vette in a teaser video when it introduced the world to the road car Thursday night but stayed mum about what it actually is.

Sure, one could argue that this may just be the new Z06 or ZR1 version, but The Drive staff who were at the event in Irvine, California can report distinctly seeing the words "mashup of C8.R" flash across the teleprompter as the video played. So, there's that.

The mid-engined racer was also spotted nighttime testing at Sebring back in December.

Like the C8 on which it's based, expect the C8.R to get a mid-mounted V8 likely making around 500 horsepower. Replacing the C7.R, the new Chevy race car will likely compete in both the upcoming FIA World Endurance Championship super season and next year's IMSA WeatherTech Sportscar Championship in North America. Something tells us it'll probably be yellow, as essentially all former Corvette Racing machines have been in the past.

Other mid-engined machines in the category include the Ferrari 488 GTE and Porsche 911 RSR with the Ford GT's future in both FIA WEC's GTE Pro and IMSA's GTLM in doubt.

The road car, meanwhile, is powered by a 495-hp, 6.2-liter LT2 V8 mated to a Tremec eight-speed dual-clutch auto. It weighs 3,366 pounds dry and gets to 60 mph in under three seconds. It'll use GM's latest version of Magnetic Ride Control with all-new coilovers and, despite its exotic layout, Chevy says the base model will cost less than $60,000. In Porsche terms, that's 718-money, 718-layout, and 911 GT3-power. Where do we sign?

Why be productive when there’s a new configurator online of a car we’ve waited decades to see?