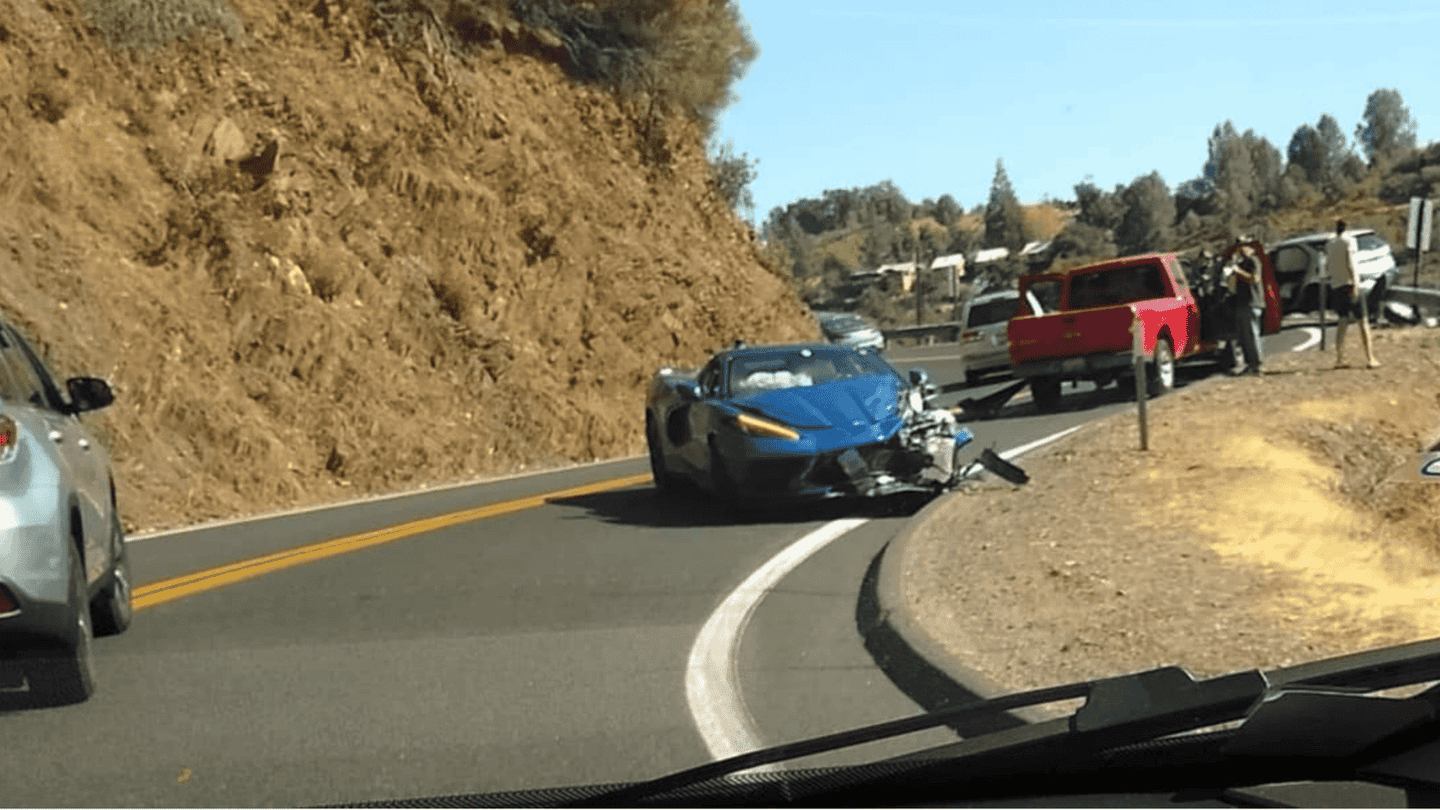 Months before customer deliveries even begin for the 2020 Chevrolet Corvette C8, one has wrecked and likely been totaled after colliding with what looks to be a Ford Explorer SUV on Friday.

A picture of the aftermath was posted to Corvette Forum, depicting a sad scene where the mid-engined car sits in the road on a blind turn with its driver's side front wheel knocked completely off. The manufacturer-owned car also sustained other front-end damage, as the bodywork has been smashed to bits along with a headlight. Given the tightly packed underpinnings of the compact sports car, it'd be reasonable to assume that this 'Vette will end up being written off at the end of the day. One commenter pointed this out, citing pictures of a cutaway model provided by General Motors which shows minimal bracing between the front bumper and suspension/frame.

While nothing has been confirmed yet, it's rumored that this C8 Chevy was traveling with a pack of Corvettes through Yosemite National Park in California.

"The Corvette C8 took the wheel off an SUV [it looks like we're talking about the driver's side rear wheel] heading in the opposite direction around a turn," explained forum user Corvette_Nut. "This particular C8 was part of the Corvette Caravan heading up to Yosemite..."

It's unclear who was driving at the time or if anyone was injured as a result of the crash, which was heavy enough to deploy the Bowtie's airbags. A passenger may have been involved as well since both occupant-facing airbags can be seen in the photo.

In March, a Corvette C8 test car was wrecked at Virginia International Raceway; however, hardly any information was released as the model had not yet been revealed.

The Drive has reached out to Chevrolet for comment on the crash and will update this article with more information as it's received.