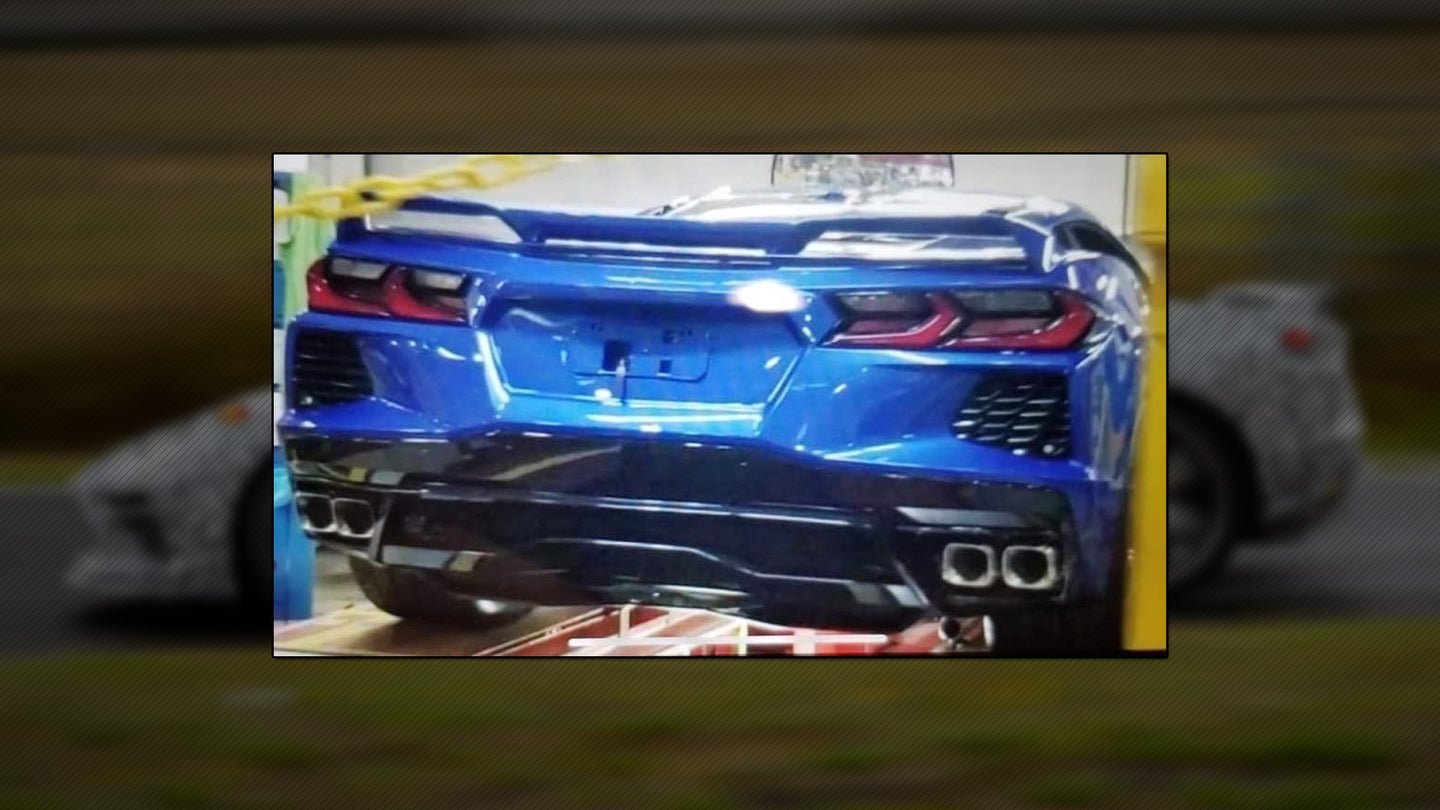 Chevrolet's upcoming 2020 Corvette C8 is one of the automaker's most hyped cars of the past decade. As such, it's been the focus of relentless speculation, some of which has kept loyal and potential buyers alike on the edge of their seats for quite some time. Now, it appears that we may have one more piece of the puzzle unwrapped, as an alleged leak of the C8's fully exposed rear end has made its way to the internet.

In typical spy shot photo fashion, the leak isn't the best of quality, but it does hold several key features that make us believe that this is the real deal and not a redesign of the reportedly axed Camaro.

As a matter of fact, nearly every shape and contour matches what we've already half-seen hidden behind camouflage. The spoiler retains the same basic profile as the test mules being driven around, complete with matching styling applied to the rear bumper cover and its lower diffuser. The license plate tub carries the very same shape as expected, as do the small cutouts on either side of the rear.

There are a few elements that we hadn't seen before, however, such as the actual design of the taillights. We've speculated that they would appear to be Camaro-ish at the very least due to their narrow appearance under camo, but taking off the sheets really show off the similarities in design language and a rather true-to-roots resemblance to the C7.

We've also learned the alleged true pattern of the small side grilles on the rear, but it's still unclear if they serve a true purpose for the mid-engined monster other than pure decoration.

The C8 is set to debut on July 18th in Orange County California, but that hasn't stopped Chevy from parading its unreleased Corvette around town ahead of the release. Until then, we suggest satisfying your curiosities by studying a fan-made render from 2018 that has turned out to be strikingly close to the real deal.

We reached out to Chevrolet for official comment but received the following answer in return: "We are not engaging in speculation," a Chevrolet spokesperson told The Drive. "As you know, we’ll show the world the next-generation Corvette on July 18."