All she had to do was put it in Park and turn off the car off. 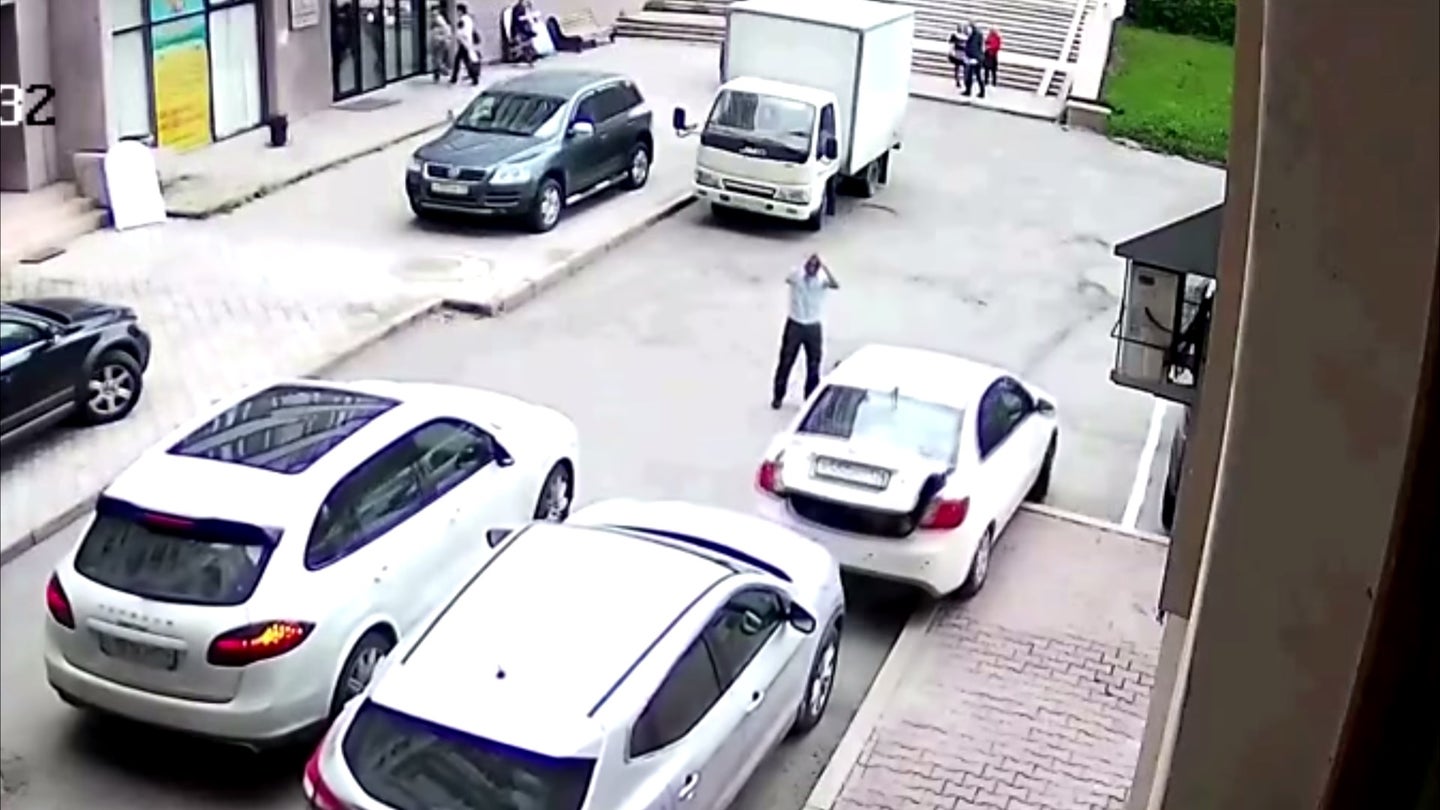 We all know some pretty bad drivers, but likely none as bad as the one seen in today's zany internet video. This clip depicts one woman's attempt at parking her white Kia Rio sedan into a simple parking spot... and failing, very, very badly.

At least I think that's a spot. Yes, it's adjacent to a white line, but it also somewhat protrudes into the pathway of any other cars looking to enter the lot. You know what, let's just say it is. This Kia driver has enough ridicule coming her way as it is.

The parking "spot" she's chosen has no other cars, walls, or obstructions in at least three out of the four surrounding sides, according to what the camera can see. The easiest spot in the world, right? Just slide on in, turn the car off, and leave. Turns out, those last two steps proved to be a challenge for this talented Rio owner.

Okay, I have a theory on how this happened. This Kia Rio looks to be equipped with parking sensors on its rear bumper, right? Because of the uniquely open nature of this particular parking spot mentioned earlier, the signature "beep, beep, beep, beeeeeeep" indicating a completed parking job would not have kicked in. Maybe this unexpected change in routine caused a brain fart. A moment of confusion compounded with a lack of breakfast and/or sleep, plus a general pre-existing lack of skill/comfort behind the wheel, and you can start to see how something like this could happen.

Eh, I'll let her grasp at her own straws for an excuse. (Oh yeah, forgot to ask. Why did the trunk pop open?)

Watch a Guy in a Man Bun Sing About Kia