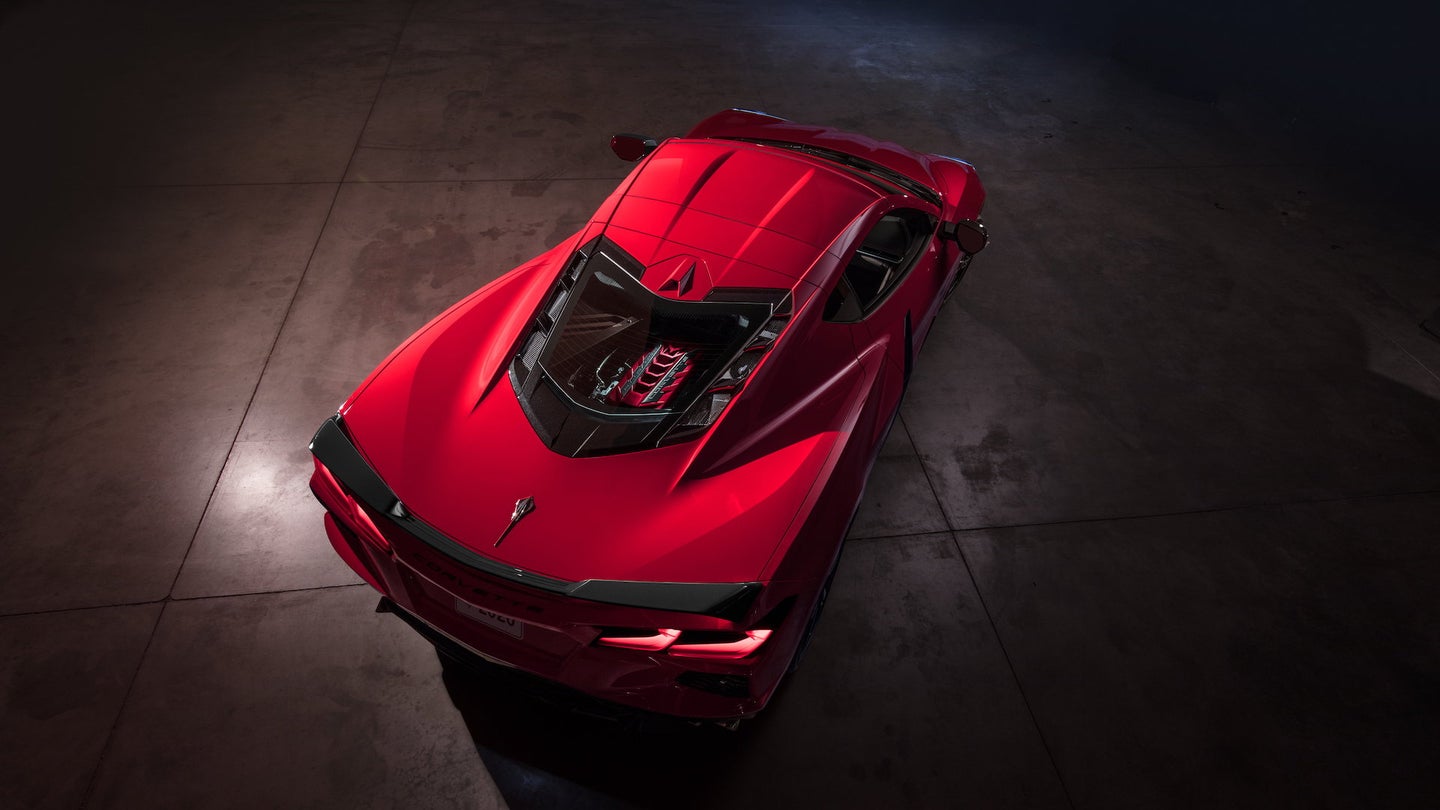 Every time a hotly anticipated enthusiast-oriented vehicle debuts, dealerships do their damnedest to ruin sales prospects by adding criminal markups to their often already-daunting MSRPs. Just look back to the introduction of the Honda Civic Type R, or what's happening with the Toyota GR Supra. It'll soon happen with the Chevrolet Corvette C8. Or will it?

An organized sect of Corvette diehards at Corvette Forum, who won't pay a cent over sticker for the unlimited-production C8 Corvette, have started tracking which dealers will honor the C8's MSRP versus those that aim to string buyers up by their underpants, thereby undermining the fleecing process normally associated with such a debut. The compiled list of Chevrolet dealers includes their believed Corvette allocation for the 2020 model year and each is labeled by whether or not they'll sell 'Vettes at sticker.

The Drive is verifying the list with General Motors, but it looks as if nine of the largest (if not the nine largest) Corvette dealerships have all pledged to not markup the car. In total, the nine retailers have a supposed allocation of 1,814 cars. In fact, of the top 56 dealers (with an allocation of 22 cars or more), only 10 are labeled as definite Nos, and 11 as unknowns, meaning more than half of the Corvette's biggest sellers are committed not to milking their customers.

"We believe in creating a customer not for one vehicle, but for many vehicles, customers who will think about us in the future," said Paul Stanford of fourth-ranked Les Stanford Chevrolet, in an interview with Automotive News. "Unfortunately, there are dealers across the United States with addendum stickers putting $5,000 to $10,000 over sticker price. And we've never done that."

Dealers with allocations less than the normal tracking threshold seem to have a higher rate of inflating C8 prices. Only 44 of the 74 in this category promise at-sticker cars, versus 35 of the 56 top sellers. There are, of course, still those unknowns who either haven't been reached for comment or haven't publicly stated whether they'd stand with others on this debate.

Dealerships, one unnamed manager argued, should not always be blamed for marking up cars as they recounted an incident wherein a Corvette ZR1 sold at sticker was immediately flipped for another $30,000. The dealer felt like it missed out on the money at no benefit to the consumer, who paid over sticker anyway.

"We have tried, on hot models in the past, to do MSRP, and the guests who buy them flip them for a profit," said the unnamed individual. "It makes it very hard to decide who should be first."

Though flipping is more common with limited-production vehicles than with mass-produced Corvettes, it seems GM corporate sympathizes with the latter dealer. Word is that the C8 will start above $60,000 after the largely spoken-for 2020 model year, increasing GM's cut of the pie, and theoretically dissuading speculators.

We will have to wait and see whether or not this list turns out truthful as C8 Corvettes haven't yet started trickling into dealerships. Our fingers are crossed they keep their word as it means enthusiasm isn't just a realm of the rich and powerful.