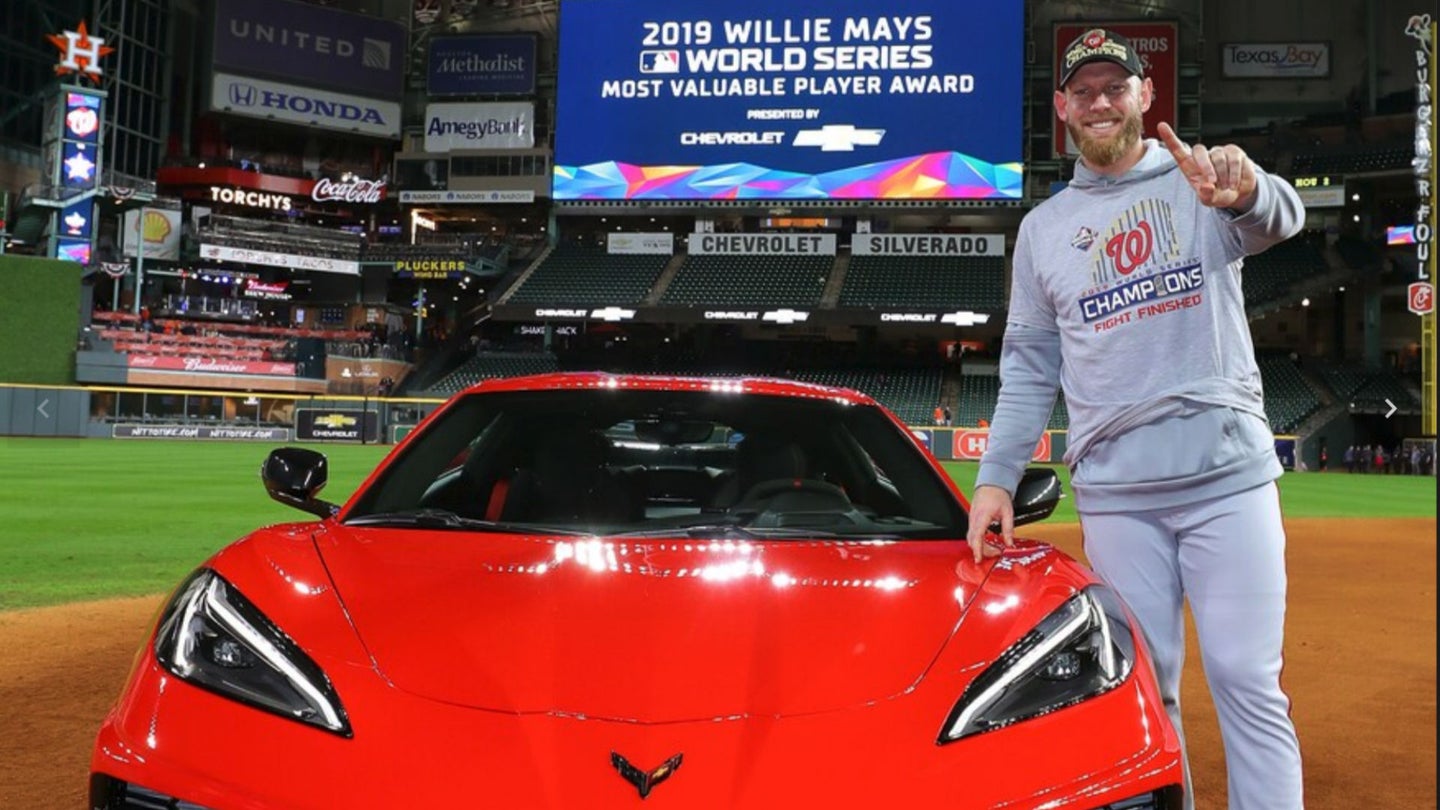 This year's World Series was perhaps the most memorable Fall Classic in years as it boiled down to a heated Game 7 in a surprisingly chilly Houston. At the ninth inning's end, however, it was the underdog Washington Nationals who claimed their first title in franchise history after defeating the Astros in 6-2 fashion. Nationals starting pitcher Stephen Strasburg was awarded series MVP and, along with a mantle-worthy trophy, he also received a brand new 2020 Chevy Corvette C8 to take home.

Strasburg's stats were second-to-none when it mattered this postseason, capturing two recorded wins at Minute Maid Park, the Astros' home field. As a reward, Chevy offered up a Corvette C8 Stingray rather than a Silverado pickup or Camaro SS like what's been given to World Series MVPs in the past. While the all-star pitcher and mid-engined performance car have a few similarities, velocity is more the 'Vette's game—and Strasburg throws a 95-plus-mph fastball.

The all-new Chevrolet packs (at least) a 495-horsepower, 6.2-liter V8 with a zero-to-60 time of three seconds. Strasburg's heater may get up to speed faster than the Corvette, but the latter will keep climbing to 194 mph. Factor these impressive stats into the bargain supercar argument and the Corvette lands squarely in line with some well-to-do European competitors, even besting them in some respects for just $60,000.

Chevy explained in Wednesday night's award ceremony that the bright red C8 in attendance was "representative of" what Strasburg will eventually be gifted since 2020 Corvette production hasn't officially started yet. As a result, the six-foot, five-inch powerhouse hurler will receive his own at the start of next year.