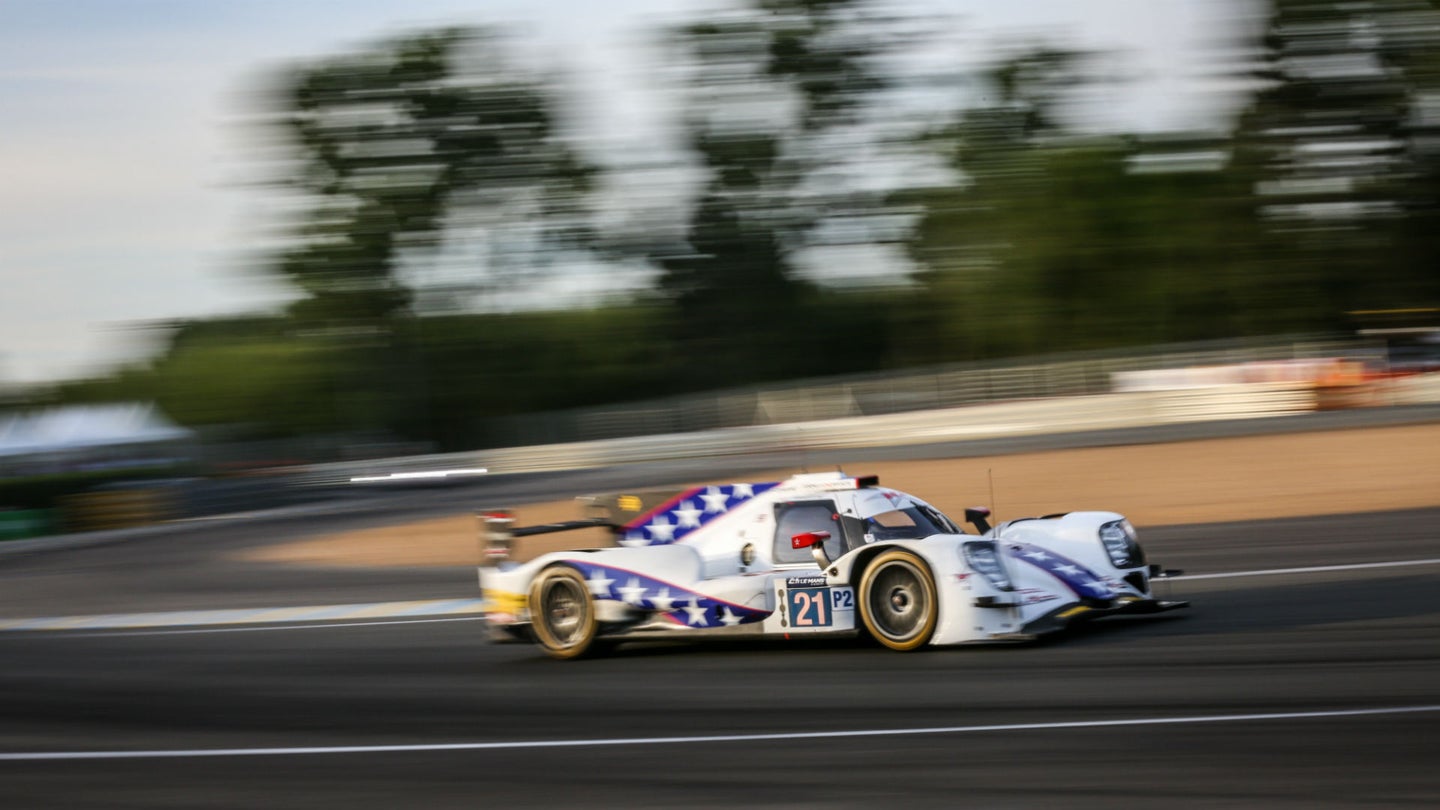 The World Endurance Championship's premier prototype class LMP1 seemed to falter after Porsche announced its post-2017 exit. With Toyota standing as the only manufacturer entrant for next year's "super season," the category has turned to privateer teams to reinforce its relevance at the top level of endurance racing. Now, it's been announced that DragonSpeed will step up from its spot in the European Le Mans Series and compete in LMP1 next season, joining Manor Ginetta and SMP Racing as another independent team to fight for the WEC title.

The French team is coming off an ELMS LMP2 title in 2017 with G-Drive Racing and views WEC as the next logical step. After success in GT3 and lower-level prototype categories, owner Elton Julian explained DragonSpeed's lateral move to LMP1.

“The whole team is thrilled and up for the challenge,” Julian said. “Having won sports car titles in GT3 and LMP2, the natural progression for our highly talented and motivated crew is to move up to LMP1. We’re carefully studying potential partners who can help us put together a program which will deliver the progress and success we want for DragonSpeed. Everyone is on the same page in terms of the package and approach we need, and we can’t wait to get started.”

Julian already announced Henrik Hedman and Ben Hanley as the two drivers for the single-car entry. Details regarding the car's construction and engine supply are still up in the air, but the outfit's ties with Oreca may foreshadow further collaboration. Along with G-Drive, the team fielded two Oreca 07 Gibsons this season in LMP2 after entering an Oreca 05 Nissan the prior year.

DragonSpeed is one of three privateer teams to announce its participation in the 2018/2019 LMP1 season. SMP Racing and Manor Ginetta have also made the decision to step up to the class next year, making for an interesting segment to compete against motorsport-giant Toyota. In fact, Julian believes these independent entrants can give the Japanese manufacturer a run for its money in time, reviving the old spirit of Le Man's number one class.

“I look back to 2005, when I first drove at Le Mans,” Julian said “You had a single works team with Audi plus a great supporting cast of privateers running six different chassis and four different engines. In fact, the pole went to one of the privateers."

He closed by saying, “If Toyota continues, and we all hope they will, I think over the next couple of years we can bring back that variety and tradition of privateers being genuinely competitive in the top class.”