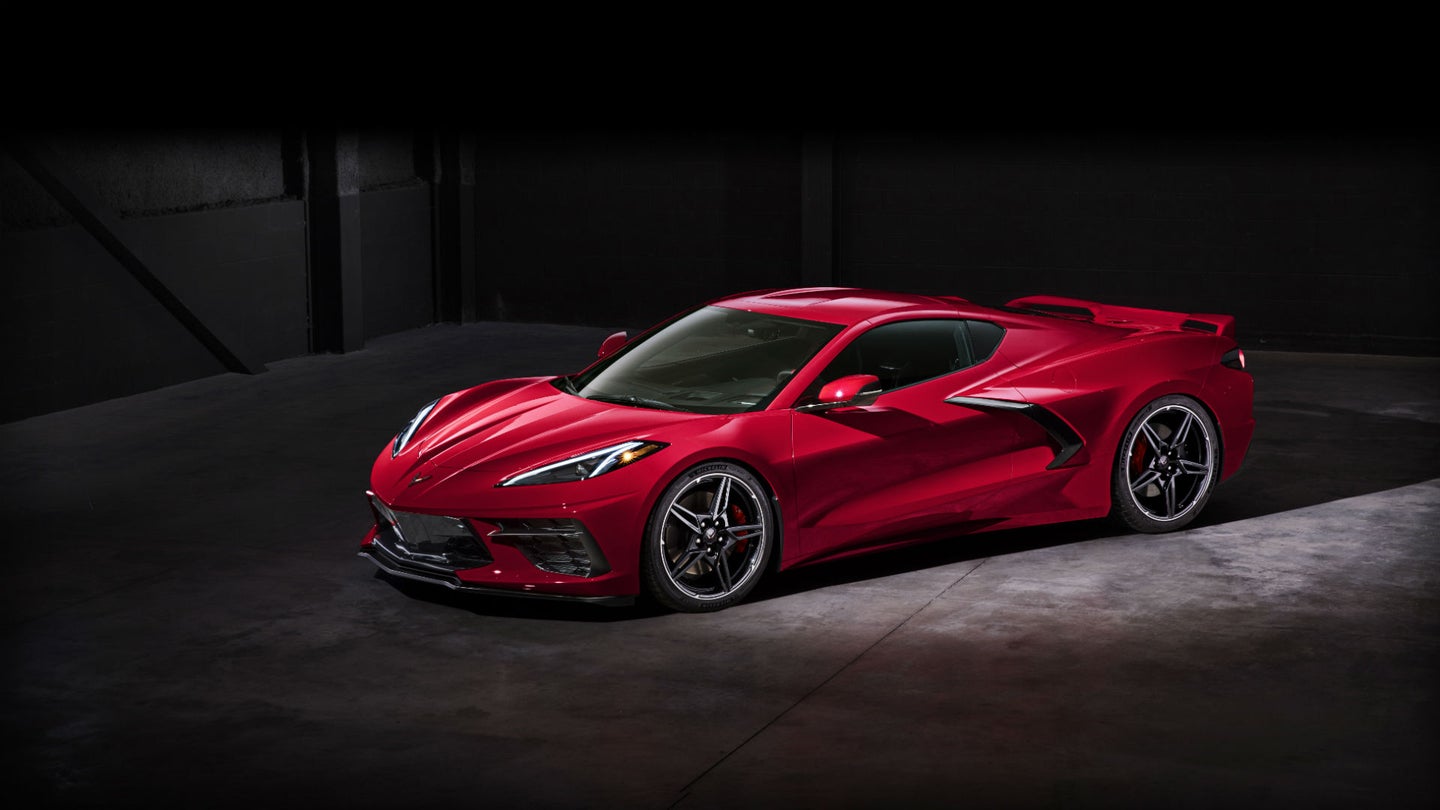 Chevrolet advertises the new, mid-engined C8 Corvette as having 495 horsepower and 470 pound-feet of torque. However, a recent independent dyno test revealed that it's making quite a bit more than what's on the brochure.

When the folks at Motor Trend strapped a 2020 Corvette Z51 onto the dyno, America's sports car put up 558 hp and 515 pound-feet at the wheels. Assuming an industry-standard drivetrain loss of 15 percent, that means the C8 is making 656 horses and 606 pound-feet at the 6.2-liter LT2 V8's crank. There's a good amount of debate over how much power is actually lost on its way from the engine to the ground but, for what it's worth, Chevy engineers apparently told MT that the Corvette's dual-clutch automatic transmission loses less than the generally accepted 15 percent, making the estimated 656 crank-hp a ceiling.

It's worth noting that the above results were done in fifth gear, the gear ratio that MT suspected and Chevrolet confirmed was closest to 1:1. When the publication ran the same test in sixth, the C8 laid down 478 hp and 544 pound-feet at the wheels—562 horses and 640 pound-feet at the mill using the 15 percent rule. While that’s less horsepower and more torque than in fifth, it’s nonetheless more impressive than Chevy's advertised figures.

When asked for an explanation for the discrepancy, Chevrolet told MT that the Corvette makes more power when cold and that the standardized tests the Society of Automotive Engineers used to officially rate the car generated more heat than the auto publication's standard dyno runs.

Motor Trend's original story gives quite a bit more context into how it achieved its stats, an interesting look into how this sort of stuff is measured by the manufacturers, and is definitely worth a read. In any case, it seems the 2020 C8 Corvette is another one of those cars that makes way more grunt than its creators claim.