Motor Trend's original report claimed the C8 was far more powerful than advertised. This is how it got it wrong. 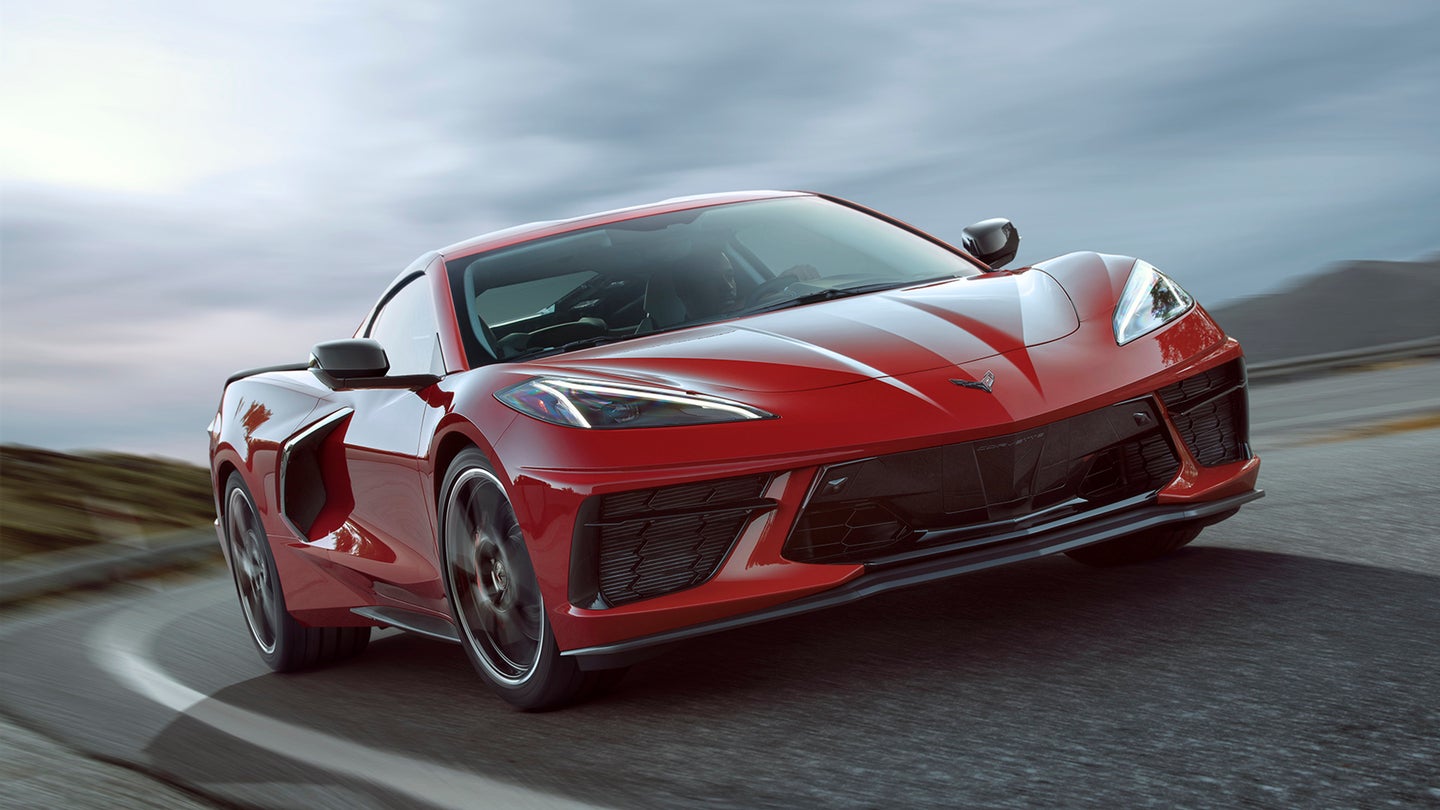 Motor Trend stirred the pot last month when it strapped a 2020 Chevrolet Corvette C8 to a dynamometer and published results supposedly proving the mid-engine sports car was far more powerful than its factory numbers. The report was met with a lot of surprise that soon gave way to skepticism—and now the magazine is coming forward to say that an internal investigation determined its test was flawed from the beginning.

First, the facts: the 6.2-liter LT2 V8 in the 2020 Chevy Corvette Z51 is SAE-certified at 495 horsepower and 470 pound-feet of torque at the crank. Motor Trend grabbed a pre-production 2020 Corvette from Chevrolet for testing in October and put it on a reputable dynamometer, and over a series of six pulls conducted in fifth and sixth gear, the dyno showed the C8 putting down a maximum of 558 horsepower and 515 pound-feet of torque at the wheels. Factoring in the usual parasitic loss from the drivetrain, that result works out to an estimated crank reading of 656 hp and 606 lb-ft. Certainly an eye-catching number.

Motor Trend wrote up the results with the editorial equivalent of a shrug, including two unsatisfactory explanations from GM and the following conclusion: "One thing we know for certain: the 2020 Chevrolet Corvette C8 provided for all our testing produces more power than what Chevy claims." Many outlets, this one included, shared Motor Trend's report. Admittedly, some did a better job than others approaching it with the appropriate skepticism.

There are a lot of reasons why the Corvette's naturally-aspirated V8 simply can't be making that much power, from engine physics to the verified acceleration and top speed figures, let alone that the LT2 is a relatively minor evolution from the C7 Corvette's 455-hp LT1 V8. Days later, Motor1 published an extensive technical breakdown by automotive journalist Jason Cammisa that disputed the dyno numbers strongly. Motor Trend declined to comment at the time, and now that our short attention spans are directed elsewhere, it's ready to come clean.

"Now we've learned that our dyno operator selected two dyno settings that were incorrect. One is a key parameter that had yet to be released for the C8 and so was estimated from C7 data. That is road-load horsepower at 50 mph... But the bigger boo-boo was that the dynamometer was also set to assume all-wheel drive," wrote MT Technical Director Frank Markus on Tuesday.

Interesting phrasing. For the first incorrect variable, road-load horsepower—the power at the wheels needed to keep the car moving on level ground at a certain speed (in this case, 50 mph)—going with C7's figure of 12.6 is something of a head-scratcher considering the C8 is an entirely new model with new aerodynamics and a new powertrain. According to Chevrolet, the correct figure for the C8 Z51 is 15.4. On the second, more obvious point, a dyno configured for all-wheel-drive will assume the vehicle is overcoming far more drivetrain resistance than a car powering just one axle, artificially inflating the result.

So it turns out Motor Trend's dyno test was doomed from the beginning. MT tried to salvage something from the fiasco by using its unambiguous drag strip data to extrapolate out a horsepower estimate, which landed at 425 wheel horsepower near 6,300 RPM. Factoring in drivetrain losses, that's around 500 hp at the crank. A second "road dyno" acceleration test on a different C8 Corvette revealed 395 hp at the wheels around the same RPM, which would deliver a lower-than-factory crank rating of 465 hp and 412 lb-ft of torque.

Whether these variations are due to environmental factors or other uncontrollable variables, we can't say. The key takeaway is the number of complexities that go into verifying the power figures most accept from automakers as gospel. Motor Trend's ultimate conclusion that the first C8 it had was at least matching its factory-rated numbers does seem accurate pending further testing, but as it notes at the end of the update, "the saga continues."