There's a human driver behind the wheel, but the truck does all of the driving on the interstate. 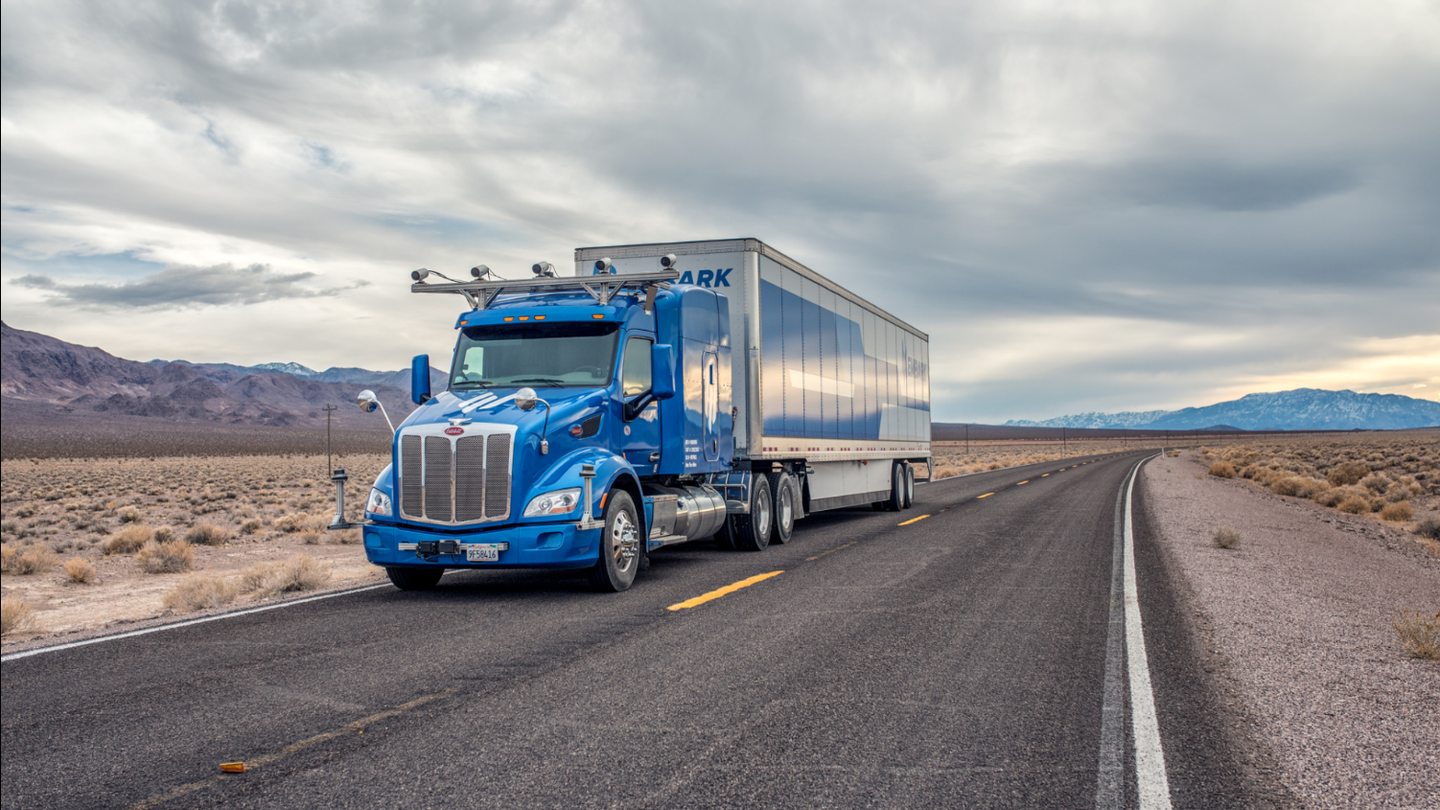 Embark is a startup founded in 2016, and it’s becoming a big player in self-driving tech for commercial trucks. Embark has partnered with trucking company Ryder and home appliance giant Electrolux to deliver Frigidaire refrigerators from Texas to California. It’s a 650-mile route on Interstate 10, where the truck can drive itself most of the way to its destination.

Since fully-autonomous trucks aren’t ready yet, there is still a human driver in the driver’s seat to keep an eye on the road and take control if he needs to. The human driver also needs to do the driving in the city since the Embark truck is only able to drive itself on the highway. One regular truck transports a load from the warehouse to the edge of the interstate, where the trailer is moved to Embark’s Peterbilt 579 equipped with Level 2 autonomous driving technology to take it down the I-10.

If this pilot program keeps going well, it could be a big advancement for bringing autonomy to supply chains. Having trucks that don’t require sleep or have federally-mandated limits to their working hours would move freight across the country much more efficiently and could revolutionize the way we do business.