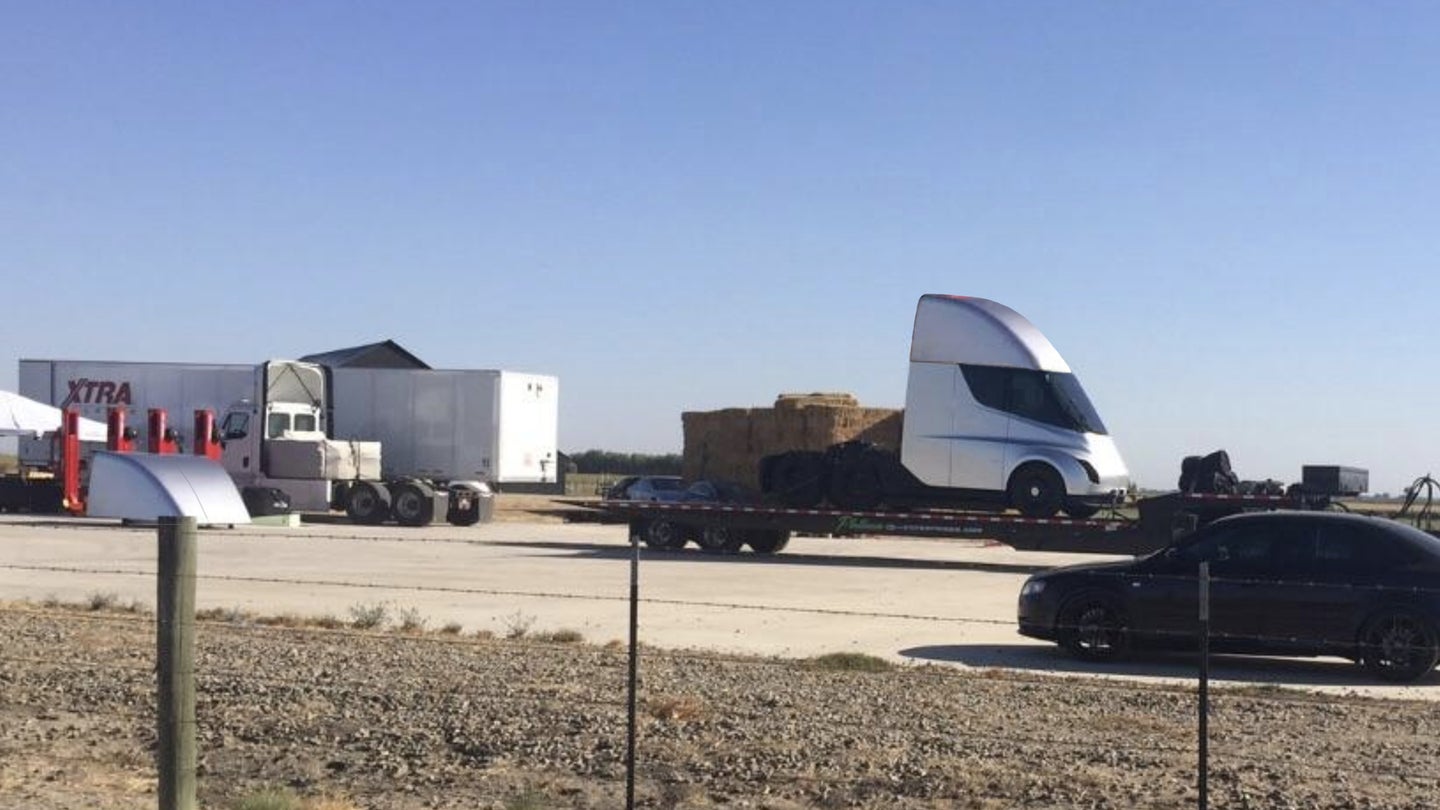 Commuter cars aren't the only vehicles getting the electric treatment in the near future. An increasing number of heavy equipment manufacturers have been seeking alternative fuel solutions to the industry's most popular vehicle: the semi truck. Now, a group of Tesla spotters might have uncovered Tesla's contribution to the industry.

The commercial trucking industry uses a lot of fuel in order to move freight across the country. In fact, organizations like the US Energy Information Administration estimates that nearly 7 percent of all energy in the U.S. is consumed by large trucks alone. A shift to a more cost-effective energy source could prove to save millions of dollars in fuel costs every year for some companies.

While a Tesla representative wouldn't confirm or deny this, in a Reddit post, users of the social network say they came across the truck being towed on the back of a trailer about two hours North of Tesla's California design facility. It is believed that the facility where the truck was spotted is none other than Inyokern Airport, a rumored testing ground for Tesla's prototype vehicles.

In photos that have since been removed from the site, the wind deflector is removed from the truck's cab and gives it a very eerie, futuristic look. But the body lines, headlight shape, and lack of side mirrors match up quite closely with that we've seen in the teaser that Tesla shared earlier this year. Below is the image that one Reddit user Photoshopped to add the deflector onto the Semi, making an even closer resemblance.

It's expected by some for the Semi to be classified as a Class 8, meaning that it could tow more than 33,000 pounds, and somehow achieving up to 300 miles of range using a plethora of Model 3 motors. Though it is possible that the vehicles is more akin to the Cummins Class 7 counterpart, lessening its towing capacity to 26,000 to 33,000 pounds. Many will have to wait until the Oct. 26 event where Tesla is expected to reveal the Semi, plus something extra. Investment firm Morgan Stanley has previously mentioned its belief that Tesla will immediately begin taking deposits for the truck after its unveiling.

With many industries pivoting due to the electrification of vehicles, transportation is sure to follow. The logistics of charging these large "beasts," as Tesla CEO Elon Musk likes to call the Semi, will be a challenge in itself, but leaves open the possibility of either faster chargers, such as Porsche's 800-volt system, or improved existing infrastructure.