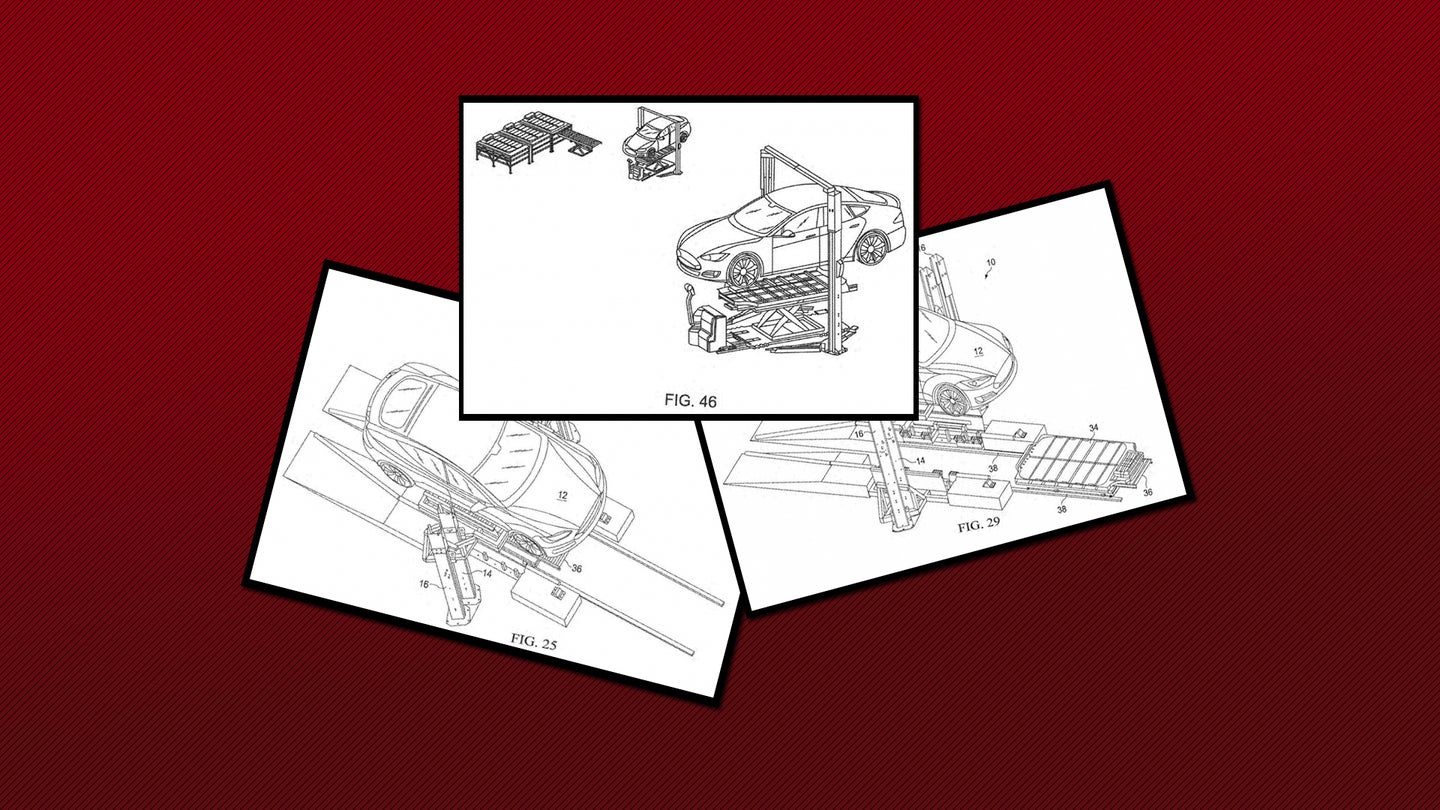 Tesla may have given up on its ultra-fast charging, but it doesn't seem like it's axed the possibility of swapping out batteries for a fresh charge. In a new patent filed by the automaker, it details a new device that would allow for cars to have battery packs swapped out in as little as 15 minutes.

One of the biggest drawbacks for electric car drivers is the time it takes to charge their vehicles. Whether it's overnight Level 1 charging at home, slightly faster Level 2 destination chargers in cities or full-speed Level 3 Supercharging alongside major highways, it can still take upward of an hour for even the quickest charge.

Tesla has since attempted to bulk up its Supercharging network quite a few times in order to support the increased demand for electric charging, yet complaints continue to roll in that chargers are congested, or even that people are using them as parking spaces.

Tesla has considered a battery-swapping service in the past, but there were no updates on their plans until now, with its recent patent.

These devices, which resemble service lifts, will live in a small facility known as an Electrical Energy Storage Station, where drivers visit for the swap. Tesla's goal is to establish a quicker way for vehicles to charge, and describes the swapping process as a "more rapid way of replenishing the electric energy [than Supercharging] for the electric vehicle," making it possible for an electric car to travel long distances without long charging times. In fact, the process is expected to take less than 15 minutes.

Essentially, the EESS would raise the vehicle in the air, remove the old battery pack and transport it away from the vehicle, presumably to charge and re-enter circulation later. Then it would take a battery from reserve and install it into the vehicle. The EESS may be able to operate autonomously, based on the wording of the patent. It could also be operated by technicians.

This process does raise concerns, such as wear on electrical connectors and whether a  customer can receive the correct battery pack each time. Tesla hasn't made any official statements about this patent, so these could all be concerns that the company will address prior to launch.

It's a big challenge to develop the currently immature electrical charging grid to support the number of electric cars entering the market. This is exactly why Tesla is attempting to find solutions to existing technologies, at least ahead of the introduction of graphene-based solid state batteries in the market. But perhaps the consumers of electric cars need to consider altering their charging habits in order to combat the current number of chargers available to them.