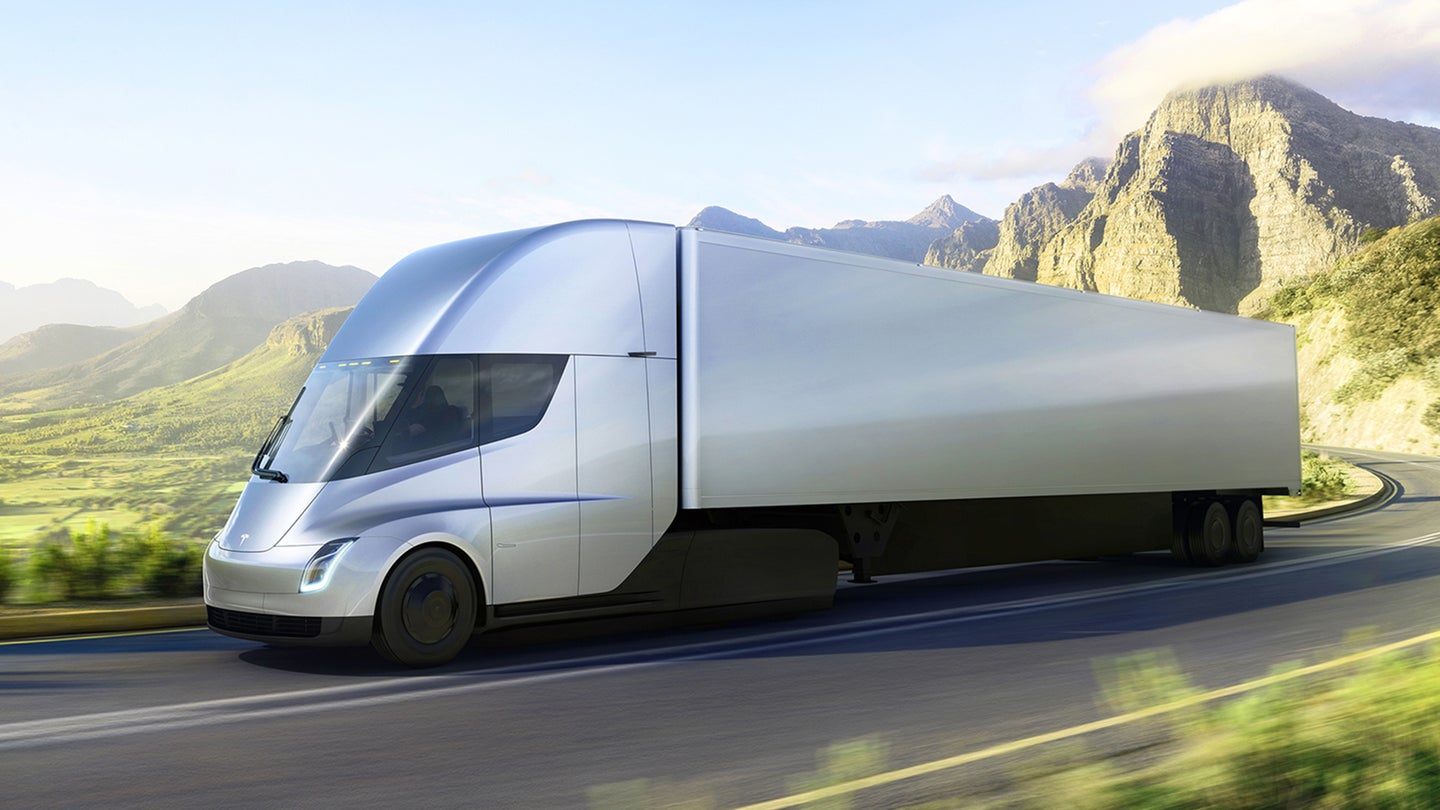 One of the greatest changes that technology can bring to any industry is efficiency. As businesses mature, they crave more profit to stay afloat, whether that be by generating more revenue, or by decreasing overall operating expenses. In a strive to be both revolutionary and efficient, two more companies involved in a large amount of short-haul freight have stepped up to the plate to be a pioneer in Tesla's latest offering to the trucking industry—its all-electric Semi.

Ever since the Semi was announced, key players in the transportation sector have been jumping ship from diesel and quickly adopting electricity for their business' needs. Without the truck even being available in full-scale production, these companies have been putting trust in Tesla to produce the product that received an overwhelmingly positive response upon its unveiling.

First up is the new leader of "most trucks ordered", food distribution company Sysco. The company has overtaken J.B. Hunt's order of 40 trucks and purchased a staggering 50 of their own. This purchase represents an investment between $7.5 million and $10 million, a small number compared to the company's $55 billion in annual sales, but a large symbolic commitment towards the company looking towards electricity for its future needs.

“We are excited to begin the process of incorporating alternative-fuel trucks into our fleet,” said Sysco’s president and chief operating officer, Tom Bené, “In addition to the positive environmental impacts, we will also benefit from reduced fuel and maintenance costs and drive associate enthusiasm with the introduction of new and unique technology.”

Purveyor of amber libations, Anheuser-Busch, also threw its hat in the ring to announce its purchase of 40 Semis yesterday. Much Like Sysco, the company found Tesla's market offering of electrified vehicles to fit its future energy goals. Not only would it lessen the environmental impact of the company, but it would also greatly increase the efficiency by reducing its operating expenses nearly 20%, making it a very attractively priced long-term investment for the company. Boasting 500 miles of range at a guaranteed $0.07 per kWh at Tesla's public Megachargers, plus a one million mile breakdown-free promise from the automaker, many companies are viewing the Semi as the truck they've been waiting for.

The Tesla Semi makes sense for short hauls across state lines, making use of destination charging as an appropriate method of refueling to avoid downtime while driving. Cloud-enabled fleet services will surely make management of the vehicles a breeze, and the safety that individual-motor torque vectoring and autonomous controls allow for will certainly be a plus for insurance rates. Though many long-haul owner-operators won't be seeking out the purchase of the Semi, many companies will seemingly pick up the slack.