Color me impressed, because it's not every day I see something with two, let alone all four, drive-tires do a rolling burnout. Tesla's Semi project has been nothing short of amazing, no matter how you look at it. Seeing this prototype on the road burning a little bit of rubber might not be the full-out smokey burnout you would expect us to post, but it's nothing short of an accomplishment.

We know the Semi is quick. Tesla brags about a zero to 60 time of five seconds without a load, and the video of the trailer-less cab in the short video below definitely seems like the claims could be backed up.

What might be just as interesting as the quickness of the truck is its near-silent operation; the brakes of the passing UPS truck and tire hopping is louder than the whir of the electric motors. Noise pollution and regular greenhouse emissions are greatly reduced with the fully-electric truck, as long as you just ignore the Semi leaving rubber lines on the road behind it.

In its revealing, Tesla CEO Elon Musk announced that the Semi would have as much as 500 miles of range at its capacity of 80,000 pounds, though it will take a bit longer (nearly a minute) to reach 60 mph from a stop. One might argue that the zero to 60 speed doesn't matter to truckers, but we're sure it's a plus to have something that can move under its own weight with ease. Hopefully, we'll see a few more of the stunts that these huge monsters can pull off once its reservation holders start taking delivery. 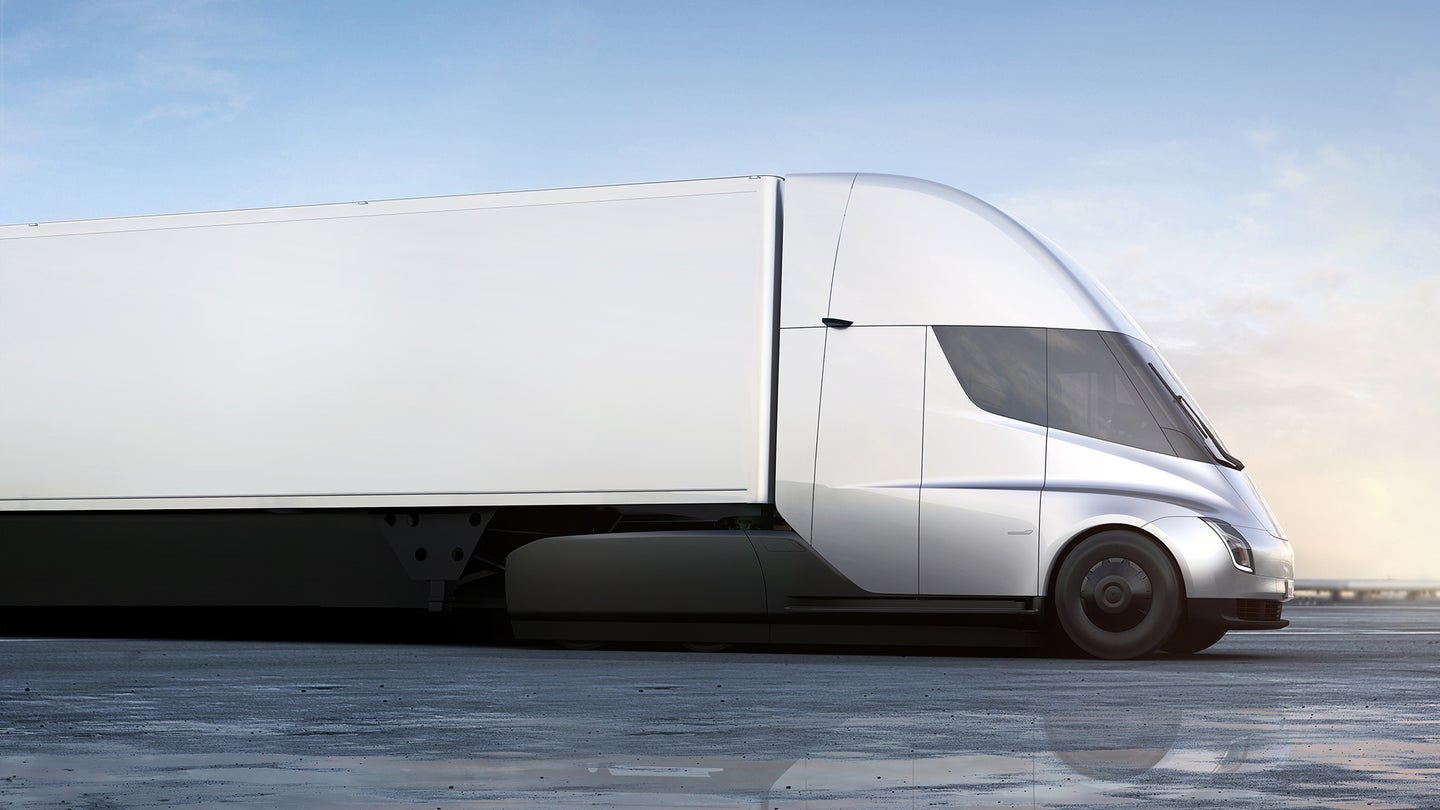 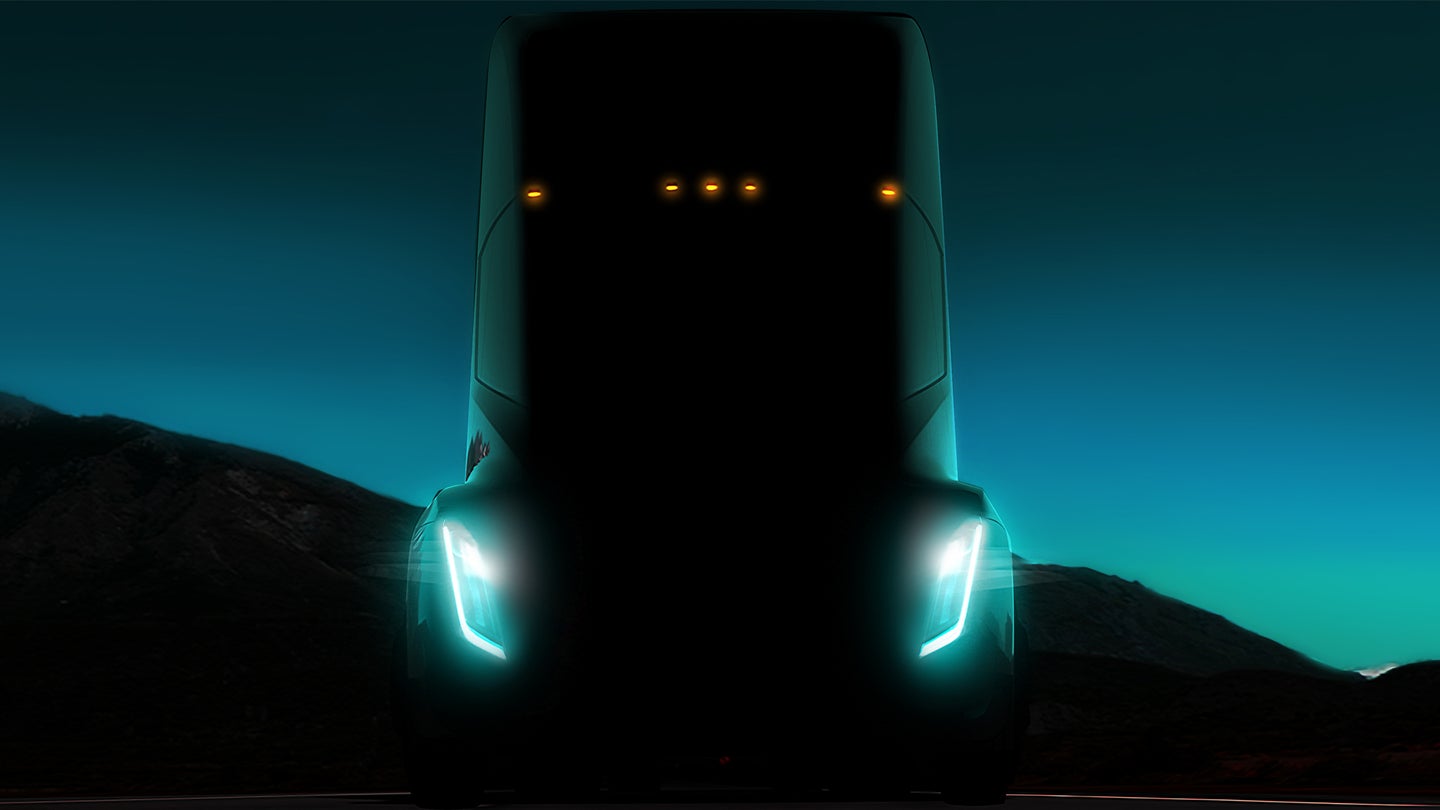 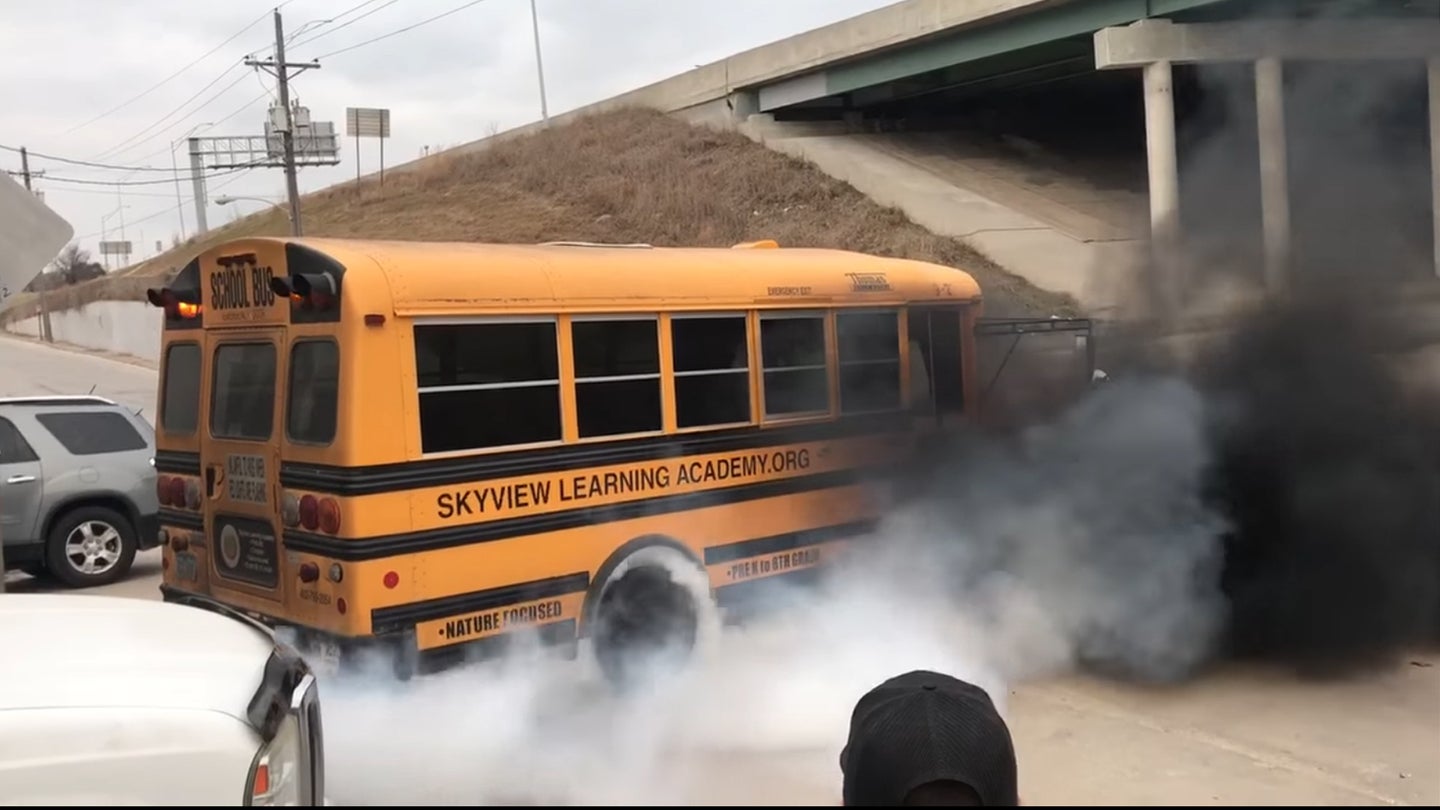 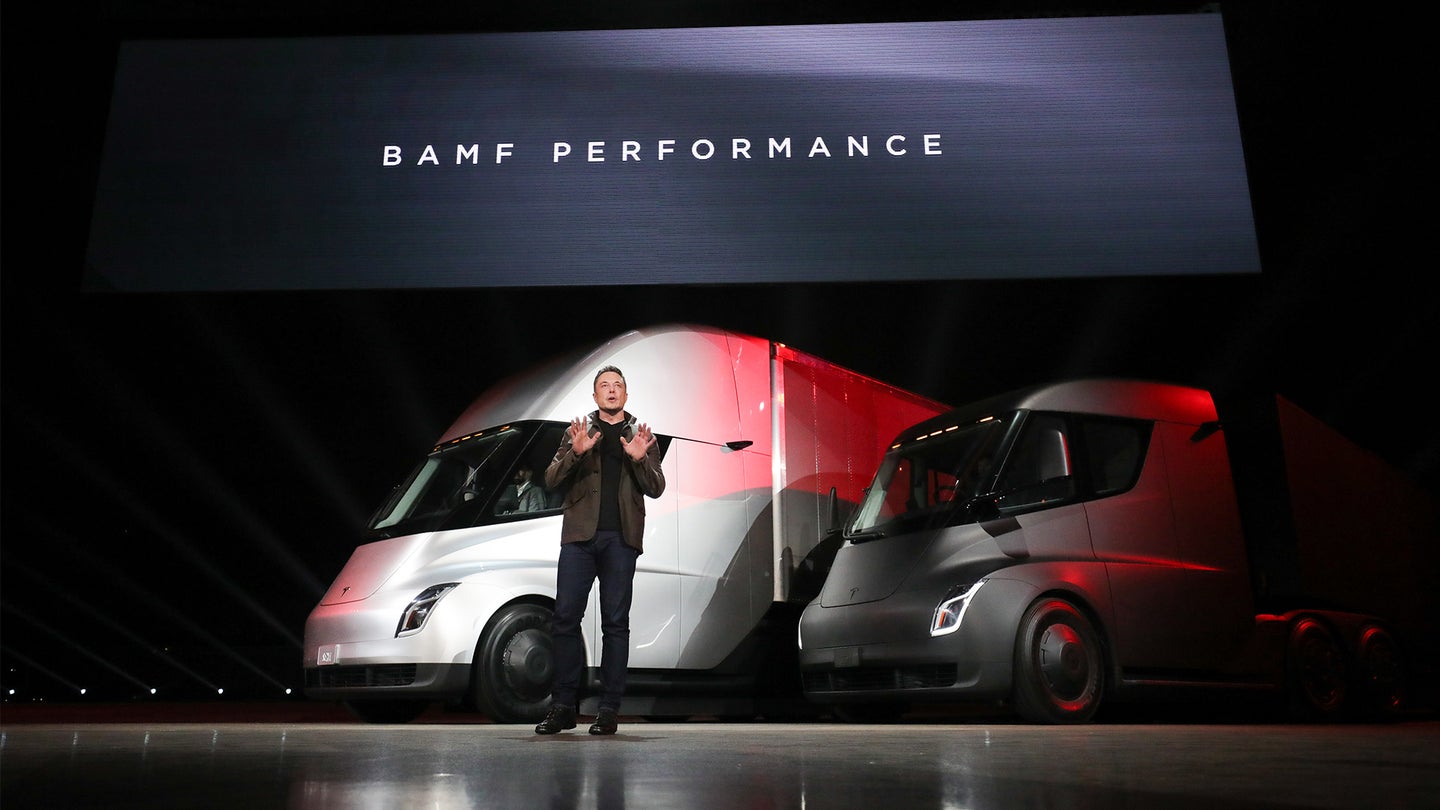 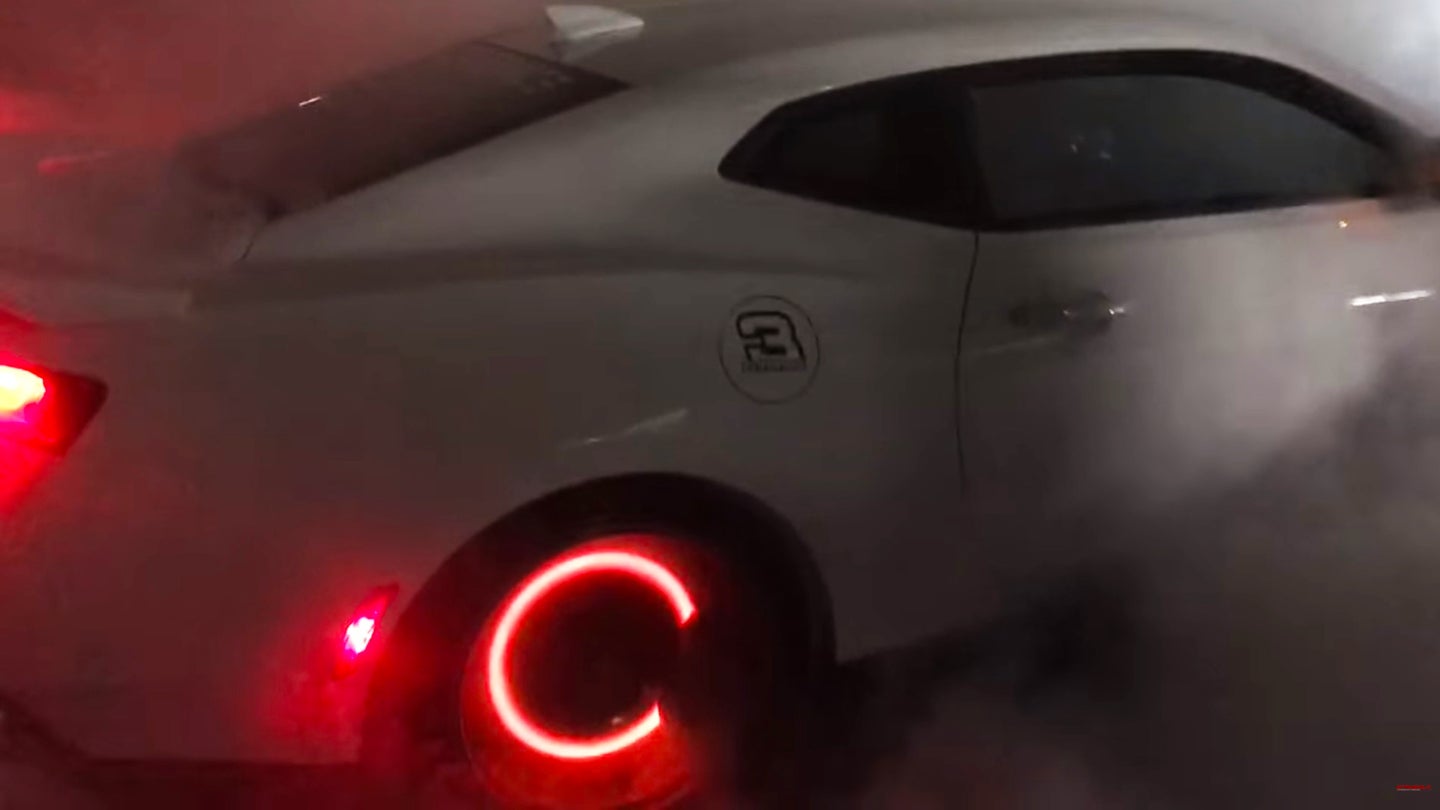