Tesla Is Blowing Through Half a Million Dollars Every Hour, Report Says 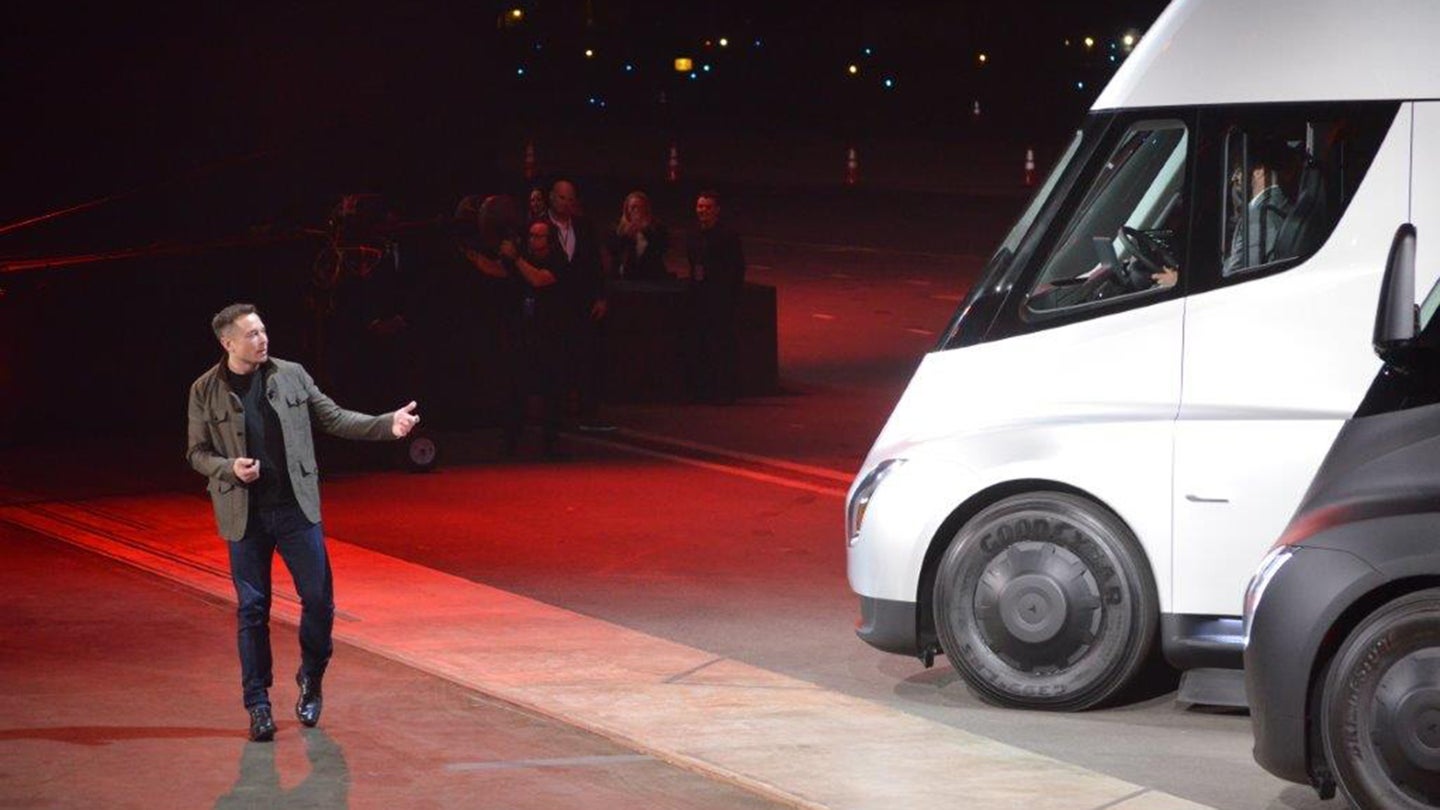 Tesla is fresh off a splashy reveal of its upcoming electric semi truck and a surprise unveiling of a world-beating new Tesla Roadster, but a new report from Bloomberg portends some trouble on the horizon if the company keeps burning cash at a rate of almost $500,000 every hour without more money from investors or a greater return from its fledgling Model 3.

According to Bloomberg's numbers, Tesla is currently going through about $8,000 a minute—extrapolated out, $480,000 every hour—as it continues to recover from the massive costs incurred during the development of its lower-priced, mass-market electric car. Additionally, Tesla has sunk billions into building out its Nevada Gigafactory, and will likely spend billions more to get the Semi and Roadster off the ground. At the current rate, Bloomberg estimates it will use up its entire stockpile of cash by August of next year.

Of course, that's no sure thing. It is hard to take a snapshot of a company's finances in a particularly turbulent moment and use it as an accurate barometer of the future. For one, the automaker will continue to build and sell the Model S and Model X. And despite several missed deadlines this year, CEO Elon Musk is still adamant that production of the Tesla Model 3 will be ramping up in earnest in the first quarter of 2018, and new agreements with suppliers will cut costs even further. Updated numbers haven't been released yet, but just 440 Model 3s had been built by the end of October.

Then there's the biggest reason the company won't run out of cash, at least not yet: Its practice of taking deposits for cars that haven't been built yet. Despite the short sellers on Wall Street, Musk has no shortage of investors willing to give him money, but Tesla has also been buoyed by the 500,000 would-be Model 3 buyers who each plunked down $1,000 for a spot in line before the first prototype was even built, generating $500 million for the company. Reservations opened for both the Semi and the Roadster before last week's presentation even finished—the latter of which requires a $50,000 deposit.

Still, it probably won't be smooth sailing for Musk as he continues to chart a course toward an electric future, at least in the short term. Aside from the Model 3, the company will also be spending billions over the next few years to get the Tesla Semi and Roadster production lines off the ground. The company could also sell more equity to raise more cash, but Musk has previously been unwilling to dilute existing shareholders, including his personal 20 percent stake.

"Whether they can last another 10 months or a year, he needs money, and quickly," Bloomberg Intelligence Senior Analyst Kevin Tynan said, adding that he believes Tesla will have to raise at least $2 billion in new capital by mid-2018 to stay afloat. A Tesla spokesman declined to comment on the record.