Tesla Semi Truck to Use "a Bunch" of Model 3 Motors

In Tesla's earnings report, Musk commented on the Tesla Semi's power plant, including that it would house multiple motors. 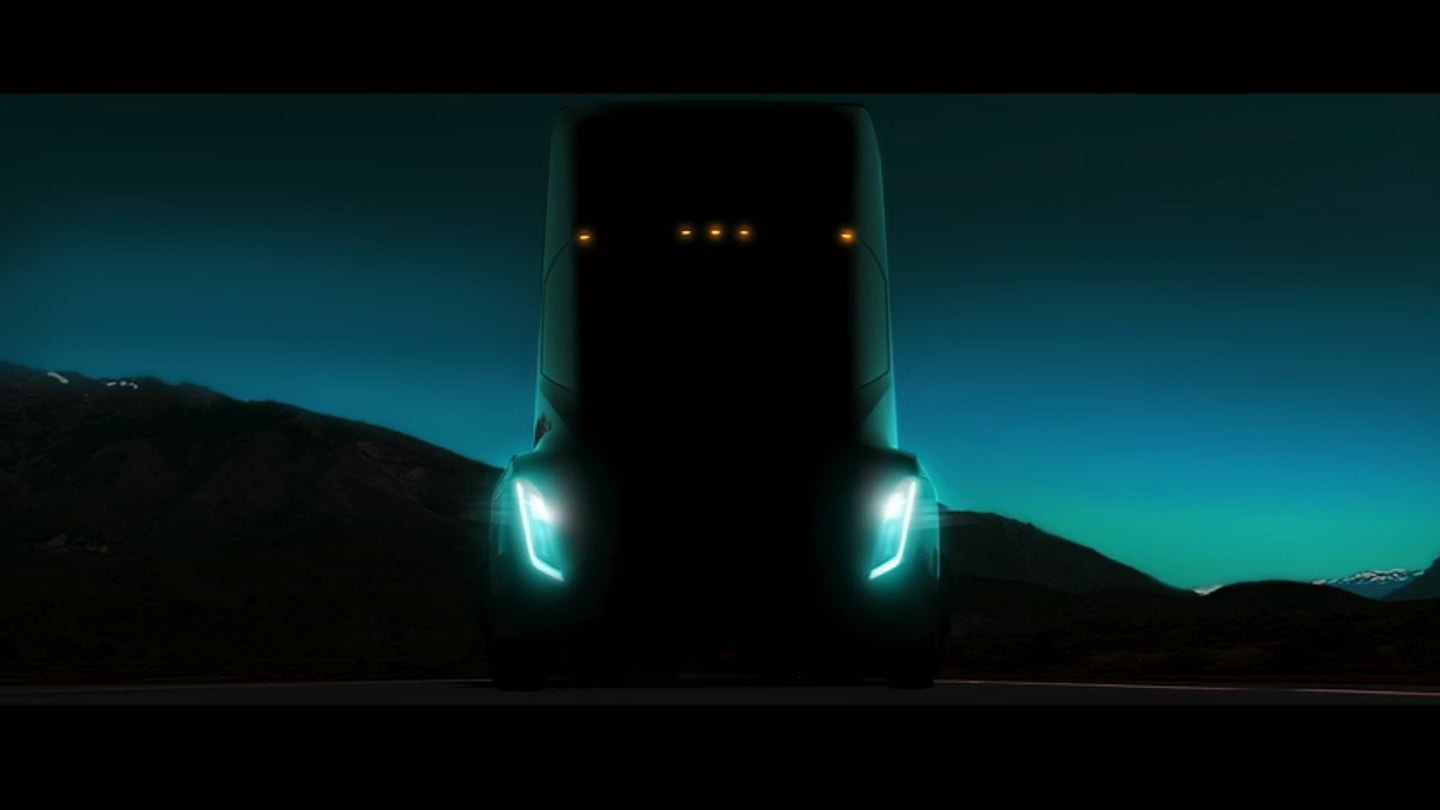 It has been a busy week for Tesla after they released their 2017 first quarter earnings report on Wednesday showing record earnings during the time period in question. One of the most interesting pieces of the release was not the money flowing in, but an unexpected tidbit about the upcoming semi-truck in the works. In a web cast, CEO Elon Musk touched on the subject briefly, bringing up the similarities between the vehicles in its lineup. Most notably was the fact that Tesla’s Model 3 and the upcoming Semi are sharing a powertrain.

Now, let’s be clear that the semi will have the same motor, only it won’t be just one. Tesla plans to include multiple motors in the semi, all of which are identical to the Model 3. How many, you ask? That’s a good, unanswered question. Musk did not give an exact number, only referred to the sum of “a bunch”.

Another thing to take into consideration is the weight of the batteries of the Semi. The P85 Model S, for example, houses nearly 1000 pounds of batteries. Tesla needs to accommodate the extra weight in additional power, which requires additional batteries. Plus, the amount of power required to pull thousands of pounds of additional cargo. Point being: it's going to take a lot of power, and even more power storage (batteries).

One of the great things about sharing platforms is the ability to cut costs. Whether that be an example of Nissan using the KA24DE in the 240sx Hardbody, or a more modern example of Volkswagen using their 2.0 liter TSI motor in nearly all of their newer vehicles. As for crossing a consumer car with a commercial semi-truck, however, the Model 3 and Tesla semi example is one of the first. Tesla’s teams clearly thought this out ahead of time, as Musk mentioned that this decision was made solely for profit margins.

Tesla already has a working prototype which Musk claims feels “like a sports car”. The auto manufacturer hopes to disrupt the traditional trucking industry with its high-tech concept and, if they pull it off right, it just might work.