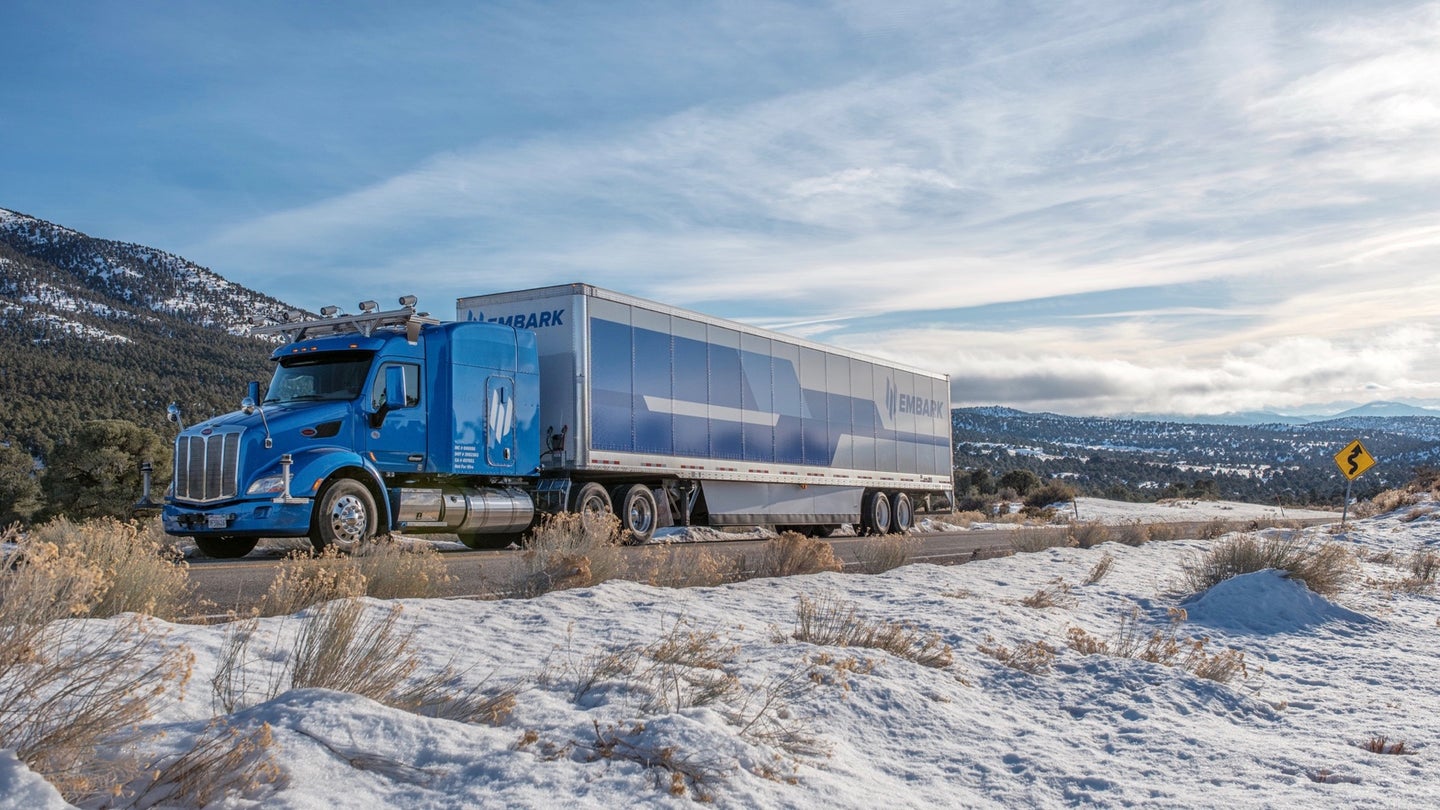 Embark just sent its semi-autonomous truck prototype on a cross-country trip. The truck drove from Los Angeles to Jacksonville, Florida, with minimal human intervention. A human safety driver was onboard, but Embark claims the truck did most of the driving.

At 2,400 miles, this trip was about four times as long as Embark's last long-distance test, which ran between Los Angeles and El Paso, Texas. The trip from California to Florida took five days, but that included rest breaks for the human backup driver. Embark claims a truck driving autonomously the entire way could make the trip in two days.

Since automated vehicles don't need to sleep, and don't need to obey government restrictions on working hours, it's easy to see how autonomous driving could speed up trucking. But self-driving trucks face a major obstacle that self-driving cars don't: a well-organized cadre of professional drivers who likely don't want to be replaced by machines.

Embark told TechCrunch that it doesn't want to completely replace human drivers, just reduce their workload. It still expects human drivers to take over for parts of a route that don't involve highway driving, for example. But any level of automation that reduces the need for human drivers is likely to create some friction with truckers.

Embark is currently in the process of expanding its fleet of test vehicles. It hopes to purchase 40 trucks by the end of the year. But the San Francisco-based startup isn't the only company looking to automate trucking. It may be bogged down in a legal dispute with Waymo, but Uber has a major head start. Chinese startup TuSimple wants to launch an autonomous-trucking service in Arizona next year. The race for self-driving trucks is heating up.

With rule scheduled to take effect in less than three weeks, driver groups disagree its merits of getting rid of paper version.