The startup wants to use autonomous vehicles for 'last-mile deliveries.' 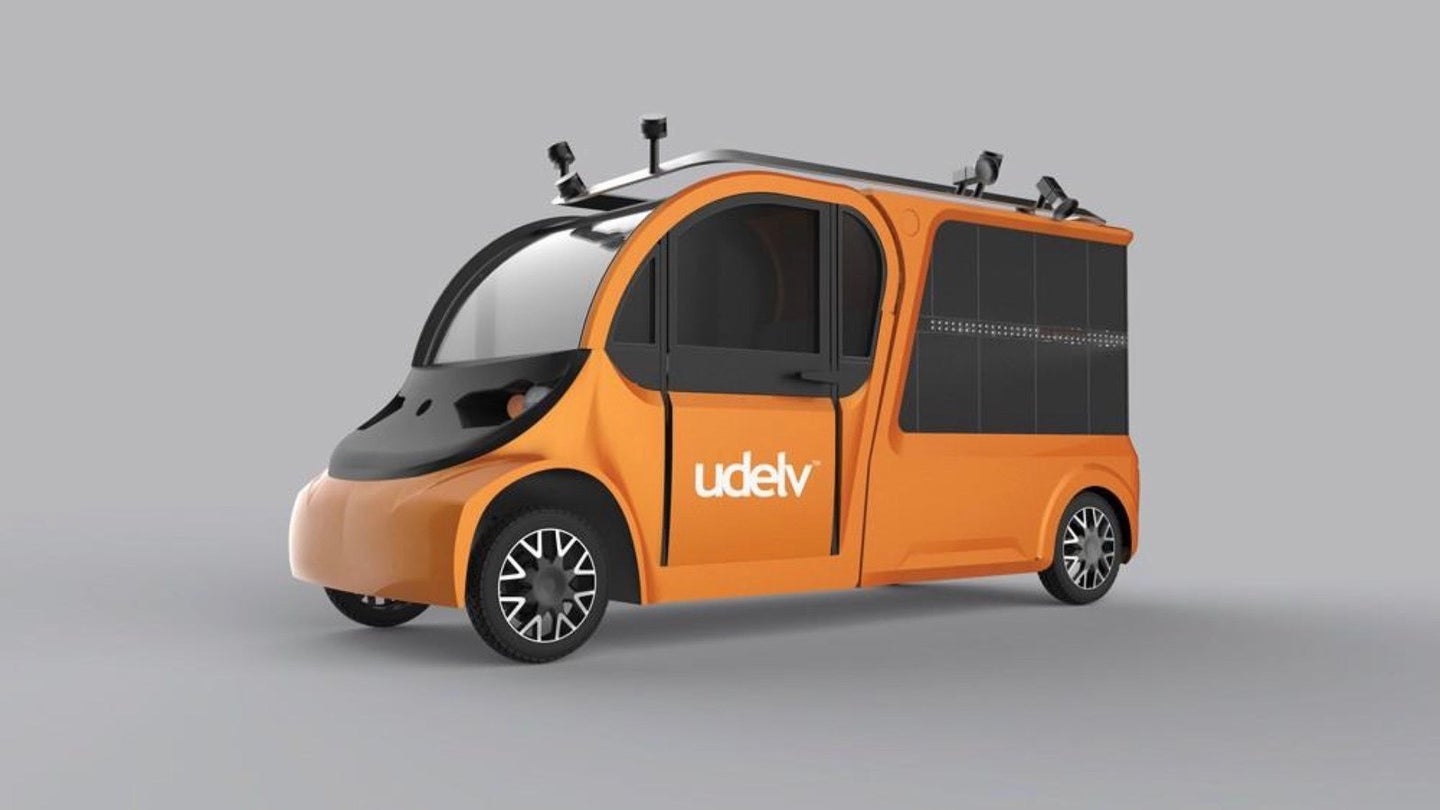 The bright orange Udelv runabout is designed for so-called "last-mile deliveries," bringing items from a nearby store or distribution facility right to the customer's front door. In this case, Udelv is delivering groceries from San Mateo's Draeger's Market to two nearby customers. The vehicle operates on a 2.5-mile loop with a human backup driver onboard. The route requires it to negotiate traffic lights, lane changes, and unsignalized left turns, Udelv said.

The vehicle itself is based on a GEM eL XD, the type of small, low-speed electric vehicle you might see being used on college or corporate campuses. It's powered by an 8.7-horsepower electric motor and has a top speed of just 25 mph. A 20-kilowatt-hour battery pack provides a range of 60 miles, and the vehicle can carry 700 pounds of cargo, divided between 18 lockable compartments.

Customers can schedule and monitor deliveries using an iOS app (Udelv says an Android version is on the way). The app is also used to unlock the cargo compartments. The vehicle is controlled remotely with what Udelv calls an "ultra-low latency teleoperation system." Signal latency is a major obstacle to controlling vehicles remotely, but remote control may be necessary for managing and dispatching large fleets of vehicles.

Udelv said it plans to introduce "dozens" more test vehicles in multiple states "within a short timeframe." Its ultimate goal is to commercialize the technology by offering a subscription-based delivery service to businesses. But Udelv isn't the only company pondering autonomous delivery vehicles.

The launch of Udelv's test program comes right after the unveiling of the Nuro R1, an autonomous delivery vehicle from a startup founded by two veterans of the Google self-driving car program. British online supermarket Ocado began testing its own last-mile delivery service last year. Automakers are showing interest too.