Two ex-Google engineers are the brains behind this project. 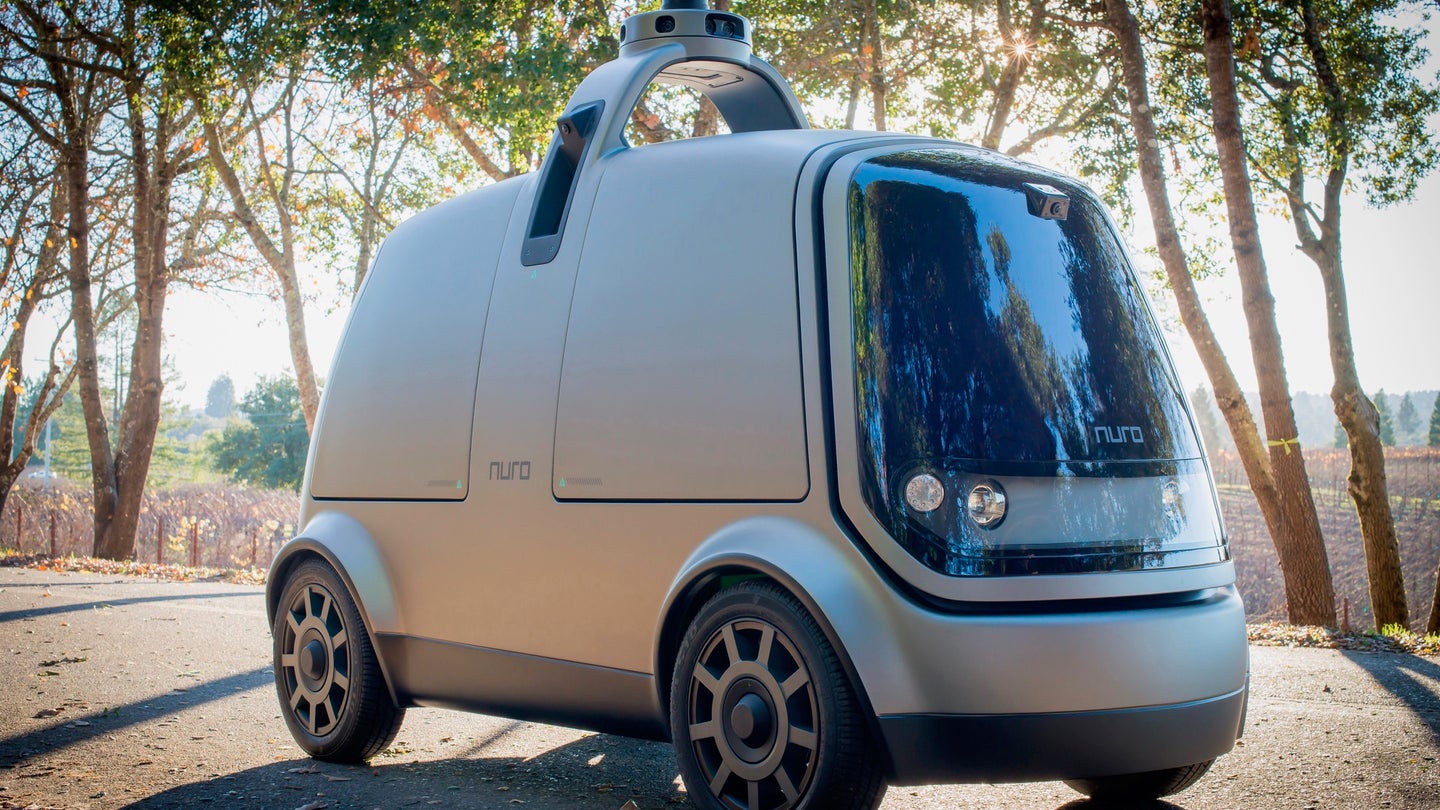 Nuro wants to build autonomous delivery vehicles, and it's already taken a major step toward that goal. While other companies modify existing production cars, Nuro.ai plans to build its vehicle from scratch. It already has a prototype. Called the R1, it's a nondescript box on wheels that doesn't have a driver's seat. More room for packages, then.

Engineers originally considered designing the R1 to drive on sidewalks, but opted to make it roadworthy instead, Dave Ferguson who, along with Jiajun Zhu, co-founded Nuro, told The Verge. The R1 is about as tall as a Toyota Highlander, but only half as wide, Ferguson said. The narrow width is supposed to create a "buffer" zone so the R1 can maneuver more easily around other vehicles or pedestrians, making it more likely that the vehicle will avoid collisions, according to Ferguson.

Because the R1 doesn't have a driver to get out and ring a customer's doorbell, Nuro will rely on an app to let people know when their deliveries have arrived. The app will also provide a code that unlocks the vehicle so they can retrieve their items. But other details still need to be worked out. Nuro plans to operate its vehicles remotely, but signal latency and other issues could make that difficult, noted The Verge. The regulatory situation regarding autonomous vehicles with no humans onboard is also a tad murky.

Yet Nuro.ai isn't the only company that sees promise in autonomous delivery vehicles. Ford has already tested the concept with Domino's and is planning another test program with on-demand delivery service Postmates. British online supermarket Ocado has tested autonomous delivery vehicles as well, and Toyota is enlisting companies like Uber and Amazon to turn its boxy e-Pallette concept into a commercial reality.

Companies are also trying to develop self-driving cars for ride-sharing services, but delivery services may be more plausible, at least initially. That business model will let companies deploy autonomous cars, without having to convince people to ride in them. If self-driving cars perform well as delivery vehicles, people might become less fearful of them.