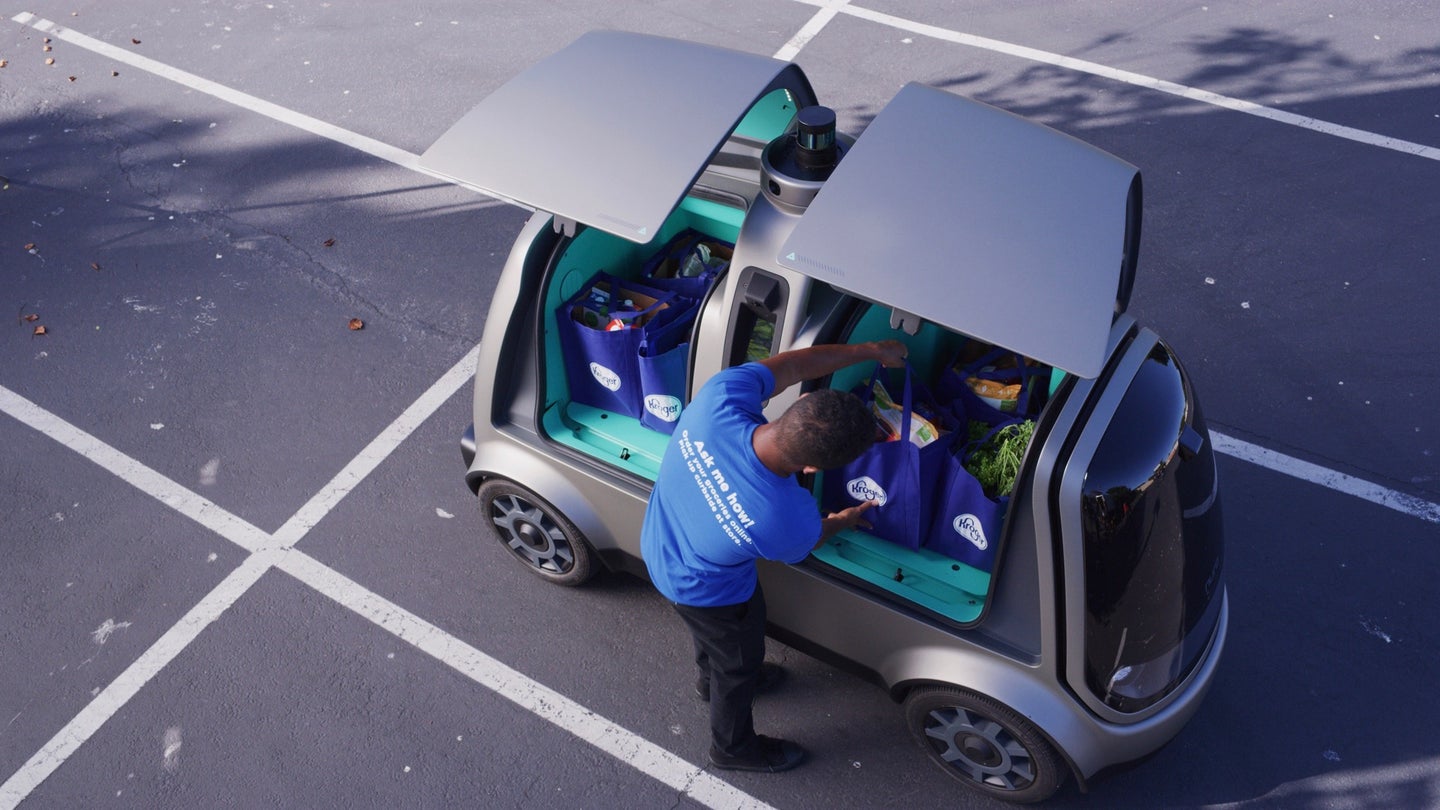 Tech startup Nuro and supermarket chain Kroger are teaming up to use autonomous vehicles to deliver groceries. Following the launch of a pilot program in Arizona, Nuro and Kroger are expanding the service to Houston.

The grocery-delivery pilot started in August 2018, operating in a single zip code in Scottsdale, Arizona. It started out using modified production cars but eventually switched to Nuro's R1, a purpose-built delivery vehicle that doesn't have room onboard for a human driver. Nuro claims that its vehicles have successfully completed "thousands" of deliveries in Arizona.

In Houston, two Kroger stores will get autonomous delivery vehicles. The service launches this spring with modified Toyota Priuses, Nuro said. Customers will be able to place orders seven days a week through Kroger's website or app and schedule same-day or next-day delivery. Kroger will charge a flat fee of $5.95 for deliveries, with no minimum order.

The first production self-driving cars may, indeed, carry food instead of people. Walmart is working with startup Udelv to use autonomous vehicles for grocery deliveries. Ford is also working with Walmart, as well as Domino's and Postmates, on autonomous-delivery services. Prototype self-driving cars from General Motors' Cruise division will soon start delivering food for DoorDash.

Delivery services offer a lower bar for autonomous cars than ride-hailing, the other major use case commonly discussed by automakers and tech companies. By using self-driving cars as delivery vehicles, companies can get them on the road without having to convince a skeptical public to ride in them. Autonomous delivery vehicles will provide a source of revenue and may even help people get used to the idea of driverless vehicles.