It’s a marketing gimmick…but we’re into it. 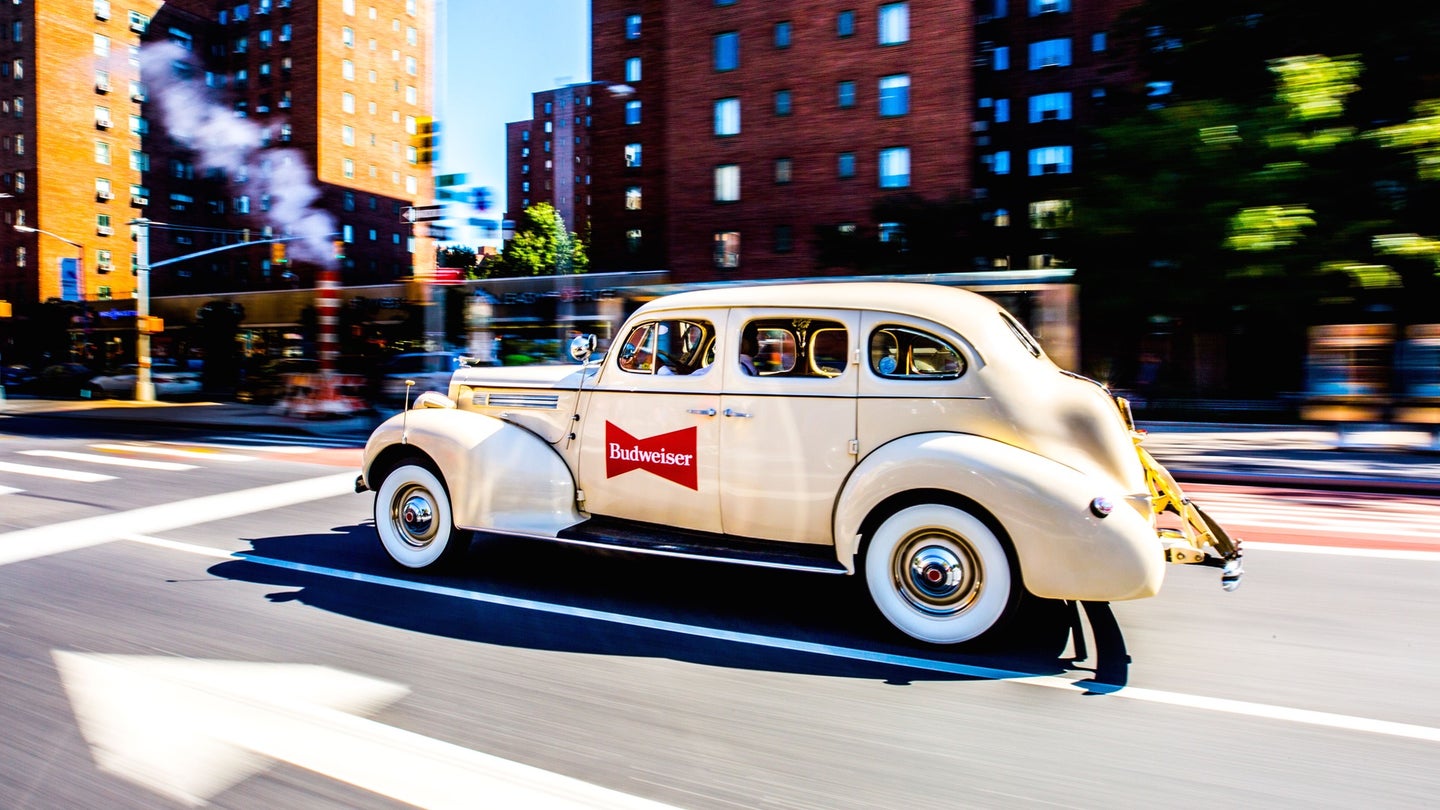 If you live in New York City, don't be surprised if your next Lyft ride doesn't come with a phone charger. On Wednesday, Lyft will deploy cars from the 1930s (and one from the '40s) in the Big Apple to promote a new Budweiser beer called 1933 Repeal Reserve Amber Lager. It's never a good idea to drink and drive, but Lyft is apparently keen to remind people that it is okay to drink and ride.

New Yorkers aged 21 and older will be able to access "Bud Vintage Mode" on the Lyft app between 3:00 p.m. and 7:00 p.m. on October 25. Riders looking for the vintage experience can sign up through Lyft's website, and will receive a $10 credit to cover the cost of the ride. The fleet of vintage cars includes a 1930 Buick, a 1936 Riley Kestrel, 1937 and 1938 Packards, and a 1942 Cadillac. Cars will only pick up riders in the West Village, East Village, Union Square, Flatiron, and Chelsea neighborhoods of Manhattan.

The octogenarian cars also won't be giving regular Lyft rides. The 15-minute trips will take passengers "past landmarks and neighborhoods that were integral to Prohibition," according to a Budweiser press release, and will include a spiel about the company's new beer.

Actually, "new" isn't quite accurate. The beer is based on a recipe created by Budweiser founder Adolphus Busch before the enactment of Prohibition in 1920, according to the company. It couldn't be brewed legally until after the repeal of Prohibition in 1933, hence the name 1933 Repeal Reserve Amber Lager—and the 1930s themed Lyft promotion. Lyft and Budweiser have an existing partnership to curtail drunk driving...but, for one day at least, that partnership will get a retro makeover.