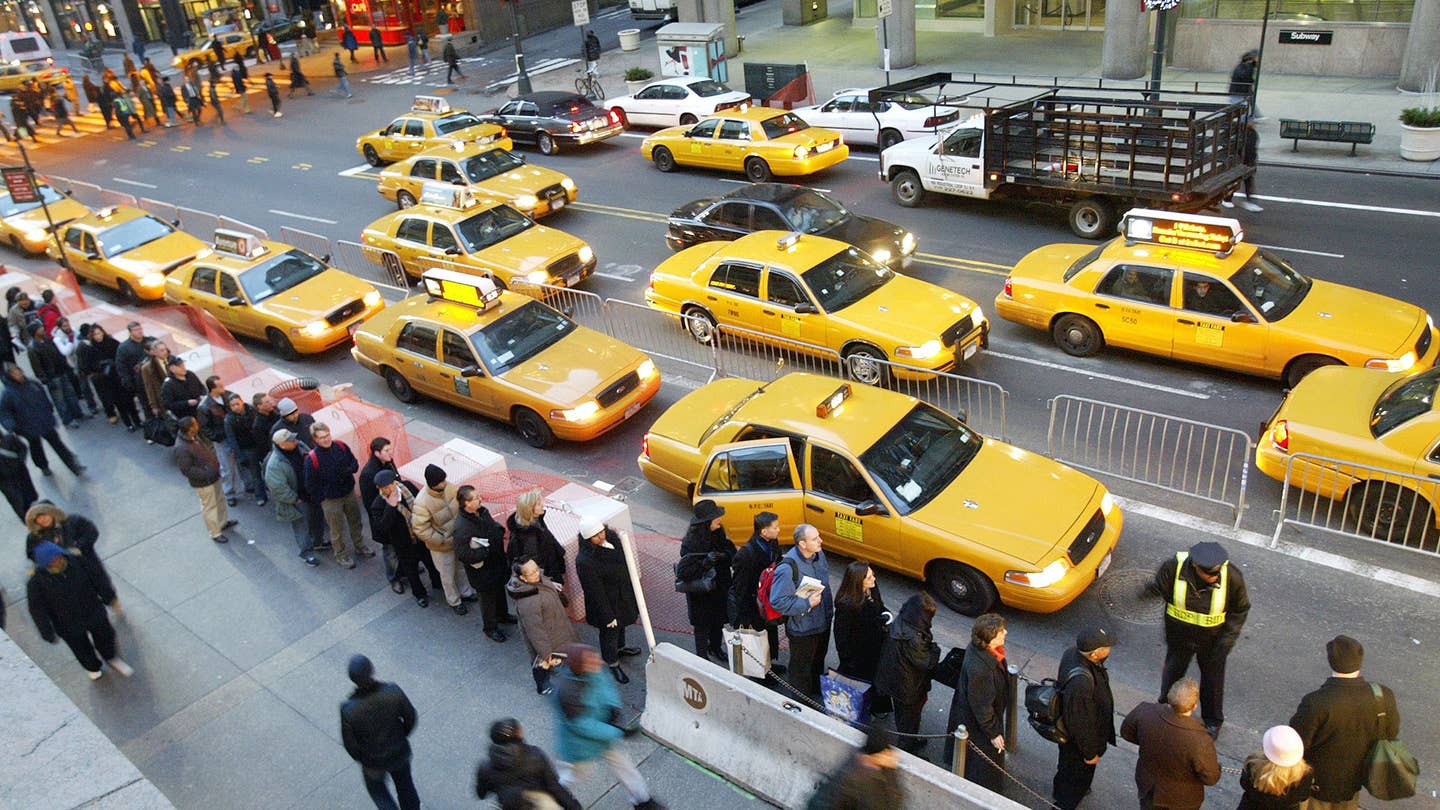 Talk about polishing up the Big Apple. New York City’s massive fleet of yellow cabs could be replaced with just 3,000 UberPool or Lyft Line-style ride-sharing cars, according to a new report from the mathematical geniuses at the Massachusetts Institute of Technology.

Considering there are currently around 14,000 taxis on the streets of NYC, that would mean a significant reduction in the number of cars roaming around the nightmarishly-packed highways and byways of the city. (A thought that sets our hearts aflutter, but that’s another story.)

The study, conducted by a team from MIT’s Computer Science and Artificial Intelligence Laboratory, developed an algorithm designed to optimize ride-sharing routes in Manhattan. Using data accumulated from 3 million cab rides, the group calculated that around 3,000 four-seat vehicles could replace 98 percent of the current taxi crop—with the average passenger wait time coming in at less than three minutes.

To reduce traffic even further, the MIT team found that using flexible 10-passenger vehicles to replace cabs instead of more traditional four-seat cars could cut the number of ride-sharing vehicles even further; roughly 2,000 super-shuttles would be enough to handle 95 percent of current taxi trips.

Part of the beauty of the algorithm is that not only does it constantly route and reroute vehicles based on current ride requests, but it leverages past data to predictively send vehicles to areas of high demand based on previous taxi patterns. That alone could reportedly make service a full 20 percent faster, according to the team.

The benefits of switching to such a system would be widespread, team leader Professor Daniela Rus said.

“Drivers could transport two to four people at once, results in fewer trips, in less time, to make the same amount of money,” Rus said, according to an MIT release. “A system like this could allow drivers to work shorter shifts, while also creating less traffic, cleaner air and shorter, less stressful commutes.”

And the algorithm, she says, will be even better-suited to our future filled with self-driving cars. ““What’s more, the system is particularly suited to autonomous cars, since it can continuously reroute vehicles based on real-time requests,” Rus said.