New York City Is Getting Its First-Ever Autonomous Shuttle Service 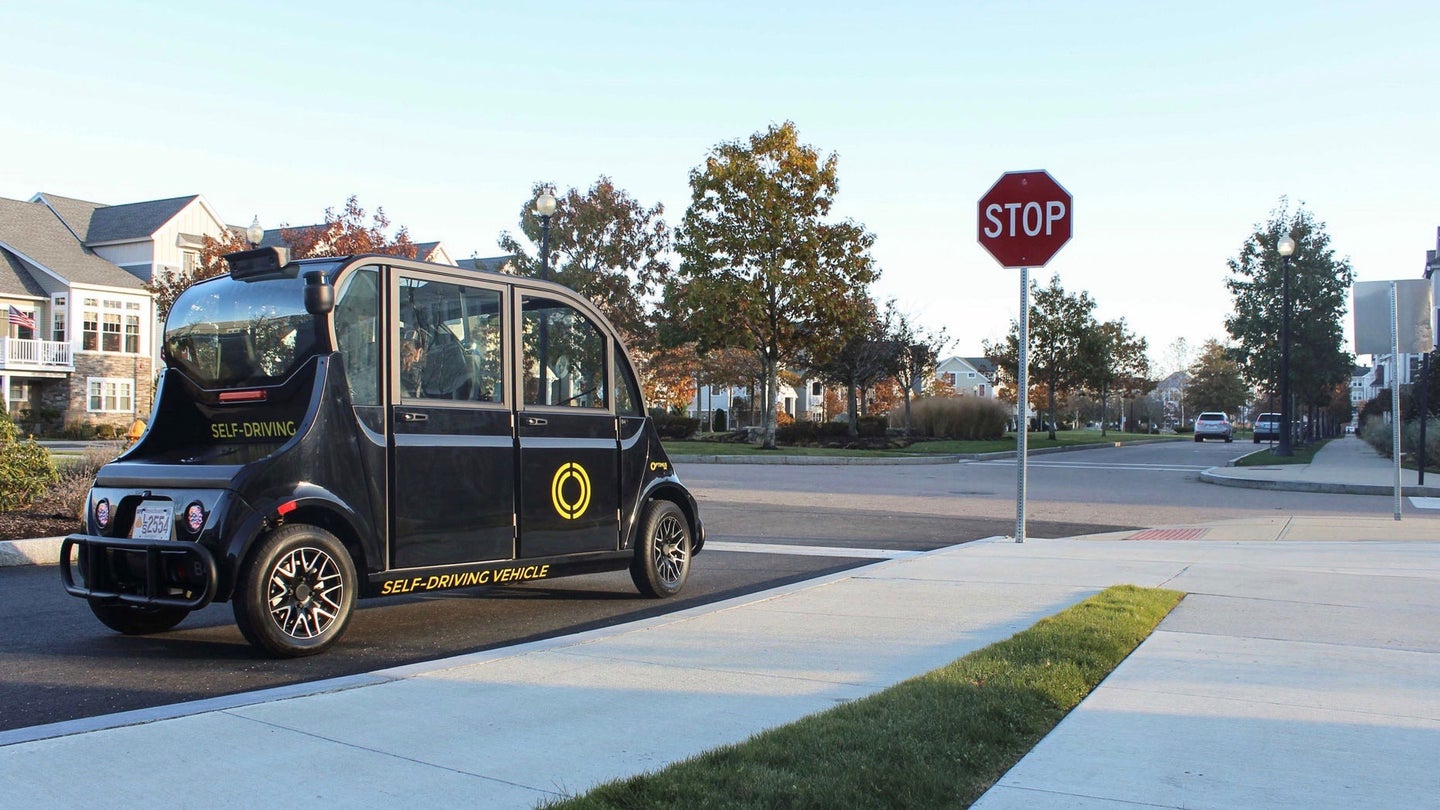 Autonomous vehicles will soon start transporting passengers in New York City, but they won't have to deal with the Big Apple's notorious traffic. Optimus Ride will deploy low-speed autonomous shuttles on private streets within the Brooklyn Navy Yard later this year.

The Brooklyn Navy Yard hasn't churned out a battleship in decades, but it has been developed into a 300-acre industrial park which hosts over 400 businesses with 9,000 employees. Shuttles will operate on a loop from a ferry dock on the East River, across the Navy Yard, to an exit to public streets at Flushing Avenue. Optimus Ride claims this will be the first "commercial self-driving vehicle program" in the state of New York.

Optimus Ride did not provide any details on how many vehicles it will deploy, or any specifications for those vehicles. The company, an MIT spinoff, typically uses low-speed electric vehicles limited to 25 miles per hour. These vehicles are designed for use on private properties large enough to require motorized transportation, such as the Brooklyn Navy Yard or Paradise Valley, a retirement community in Northern California where Optimus Ride also plans to launch an autonomous shuttle service. The company also recently inked a deal with developer Brookfield Properties to launch a shuttle service at a mixed-use development in the Washington, D.C. area.

Avoding the unpredictability of busy public streets and limiting speeds sets a lower bar for autonomous-driving tech, but that may be the best approach. An easier operating environment increases the chances that people will have a more positive experience with autonomous vehicles, which is crucial to gaining public approval. Operating on private property also makes the regulatory situation less complicated.

New York state previously passed legislation allowing self-driving car testing on public roads, but little testing work has been done. General Motors announced plans to bring prototype autonomous cars to New York City in 2017; however, nothing has been heard publicly of the plan since then. The lack of interest may be due in part to strict rules, including that companies pay for a state police escort to accompany all test vehicles. Most self-driving car tests continue to take place in California or Arizona, where the regulatory environment is friendlier.

New York City could offer the ultimate test of autonomous-driving tech, though. Vehicles and pedestrians act unpredictably and aggressively, and the city experiences harsh winters that testers won't find in sunny California and Arizona. To achieve mass adoption, autonomous cars will need to deal with conditions like these sooner or later.