The electric vehicle startup has partnered with one of the biggest names in American motorsport. They'll hit the grid later this year. 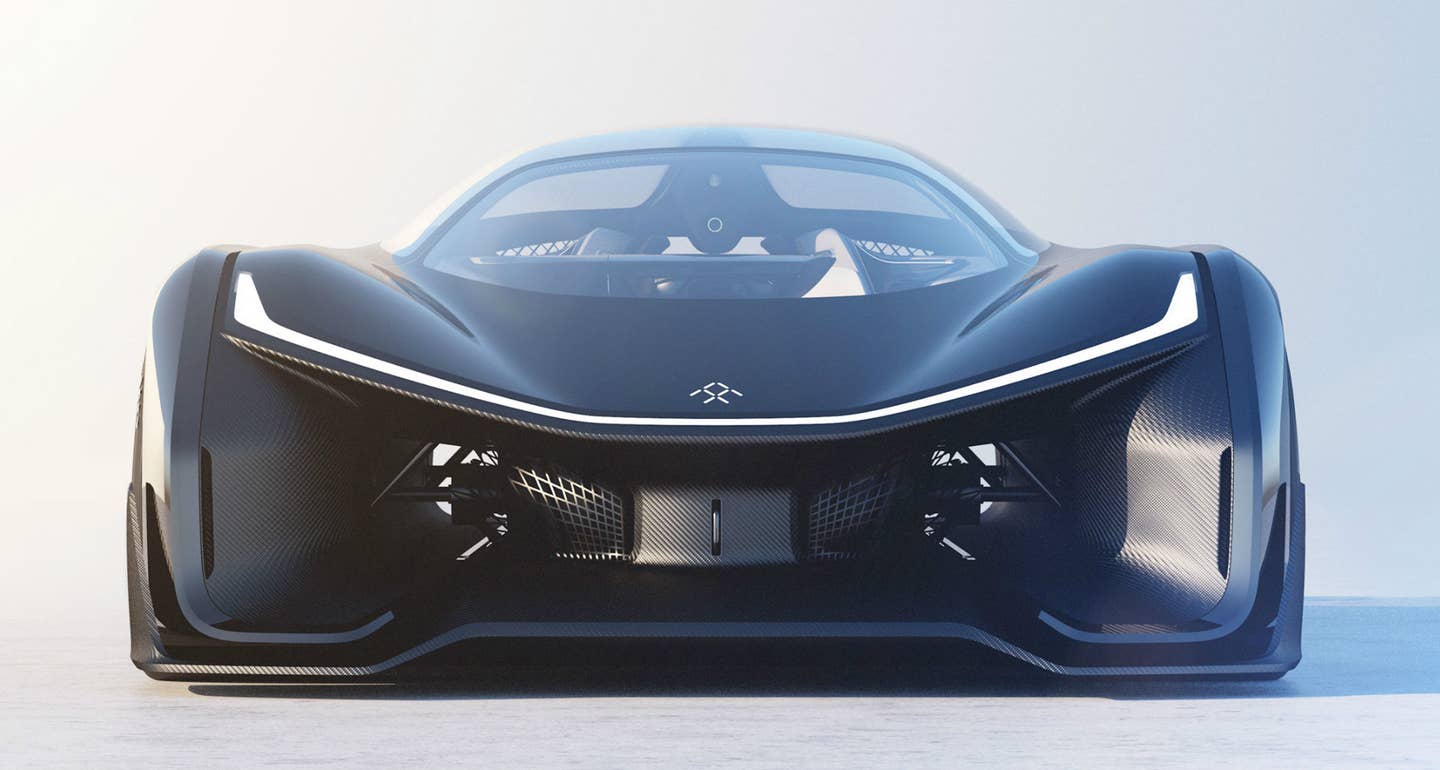 The company may not have a production-ready vehicle. It may not have a fully-realized factory, or even the solid financial backing promised at inception. But, screw it, Faraday Future is going racing.

Now there's a notion we can get behind.

The U.S.-based, Chinese-funded startup has announced that it will be competing in the all-electric FIA Formula E series next season. Faraday won't be going it alone; the firm is partnering with Dragon Racing, which is led by Jay Penske, son of Detroit motorsport tycoon Roger. Also worth noting is that Faraday hired Marco Mattiacci, former team principal of the Scuderia Ferrari F1 team, last month. Squad strong.

This an R&D mission. Faraday thinks it can pick up on software solutions, and collect crucial data points and vehicle analytics. To that end, the announcement is a major win for Formula E, which is trying positioning itself as a sandbox for automakers to develop electric vehicle technologies.

There, Faraday is chasing an ambitious goal: After the end of next season, engineers hope to develop their own power controller in-house, then use it on the Dragon car starting in 2017. Formula E is a spec series, meaning the chassis are identical, and the field is required to run the same 200-kWh lithium-ion battery pack. But the FIA has lifted restrictions on powertrain components (electronics, motors, gearboxes), allowing teams to develop their own pieces. Faraday’s stock currently rides on its patents, including the much-hyped "FF Echelon Inverter.” If the company’s planning to use the Dragon car as a test bed, there's a good chance Formula E will represent the first real-world trial for Faraday’s production vehicle guts. Which is pretty exciting.

Look for the new Faraday Future Dragon Racing Formula E car on the grid when the series’ third season kicks of on October 9, 2016, in Hong Kong.