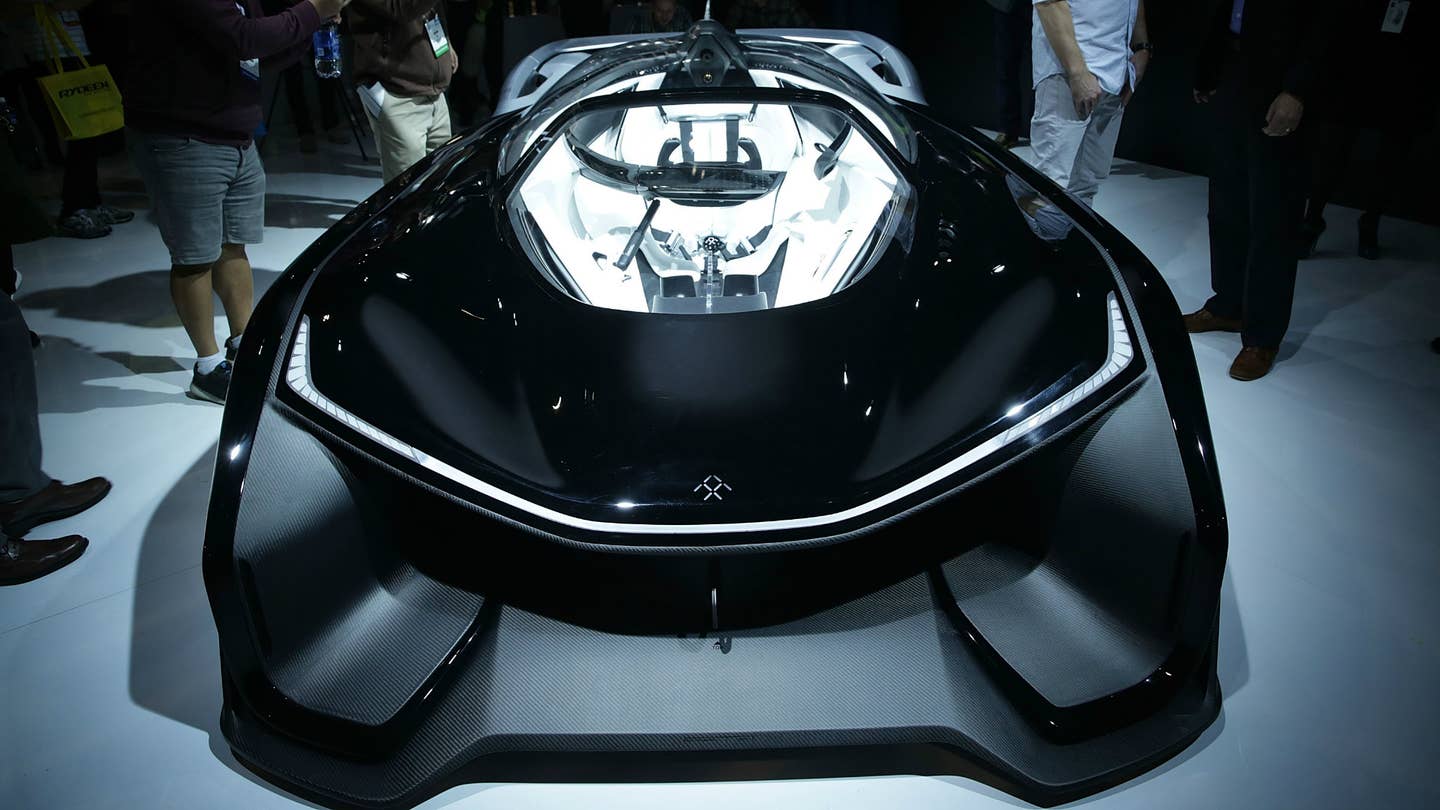 In the age of cryptocurrency and cloud databasing, today’s Faraday Future ceremony captures the zeitgeist perfectly: A Nevada-based electric car company with an indiscernible business plan holds an hourlong, live-streamed groundbreaking ceremony for its 900-acre, $1 billion manufacturing facility, during which ground isn’t really broken. The land still needs to be graded. That, according to Faraday, will happen “soon.”

Silly? Sure, but also necessary. The state of Nevada approved a $215 million incentives package for Faraday Future late last year. Since then, the company has managed to debut a bizarre, non-functional concept car at CES, lose its chief engineer to Lotus, and incur the wrath of China’s volatile stock market. Six weeks ago, after the groundbreaking was delayed several times, Nevada told Faraday Future that it’d need to put down as much as $75 million in collateral before being allowed to issue infrastructure bonds from factory construction. Seeing as the company’s legitimacy rests almost entirely in the state’s investment, and the state is getting nervous, a tangible show of life was in order.

So Faraday Future showed off its only tangible asset, which is the land it started buying up earlier this month. Depending on your viewpoint, holding a press conference in front of an enormous, empty dirt plot either: (A) Echoes the massive potential and game-changing scale of what the company is in the process of doing, or (B) Highlights the fact that nothing has actually been done yet.

Nevada governor Brian Sandoval and Las Vegas mayor John Lee, both of whom were in attendance, are obviously hoping for the former. That Faraday Future hasn’t designed a moving car, or explained what combination of production/ride-sharing/autonomous travel it plans to deliver, and how that will be profitable, points to the latter.