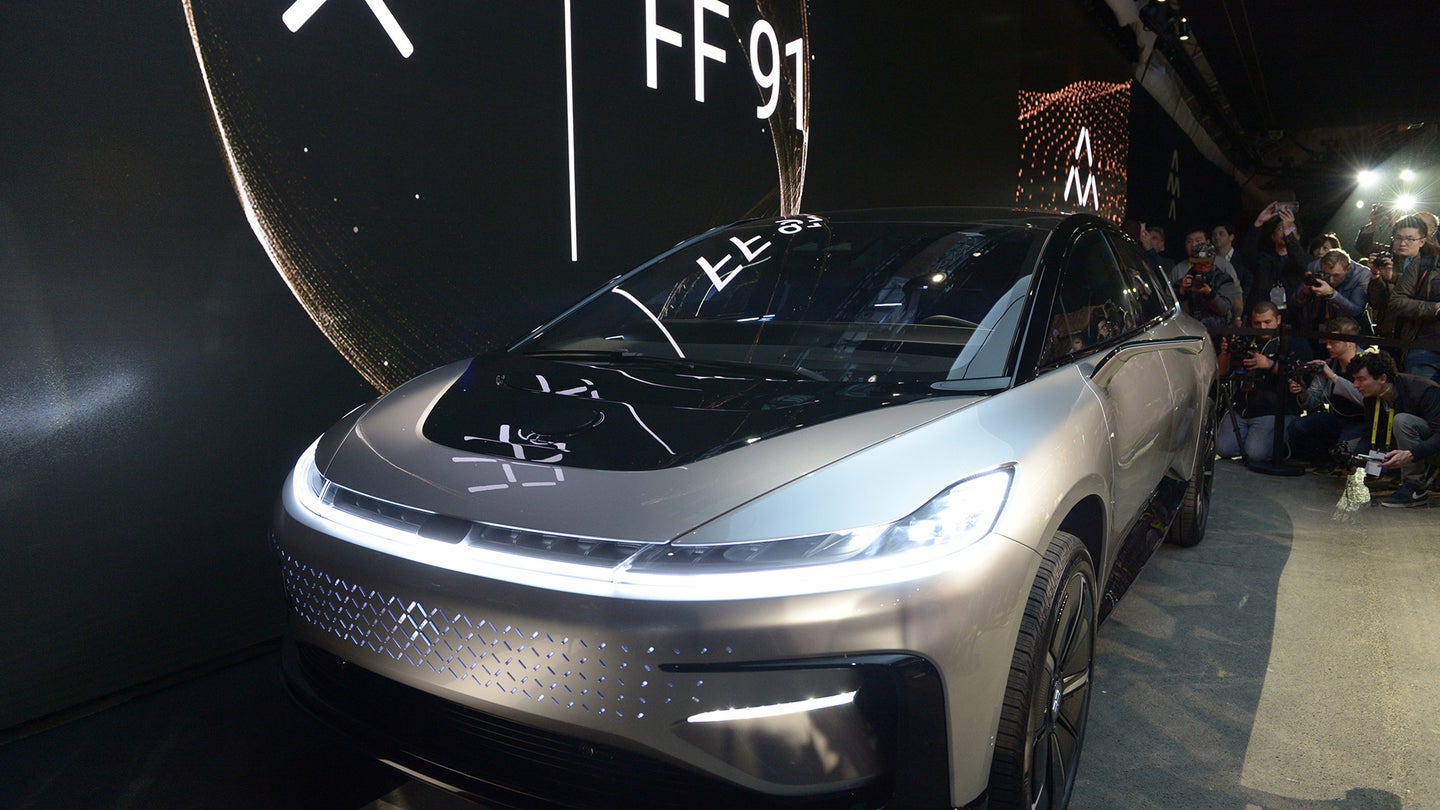 After putting plans for a brand-new $1 billion factory in North Las Vegas, Nevada, on ice, Faraday Future has found a new site to build its FF 91 electric SUV. The new factory will be located in Hanford, California, at what was once a Pirelli tire factory.

Faraday just signed a lease on the facility, and around 300 employees went to the site August 5 for a welcoming ceremony and to begin a cleanup process that included painting the Faraday logo on the building, a Faraday press release said.

Faraday broke ground on the Nevada factory last year, but little work was done before both the automaker and patron LeEco encountered financial problems. Late last year, work at the site was halted for months amid a dispute with the main contractor over missed payments, while LeEco boss Jia Yueting admitted that the Chinese tech company was running low on cash.

LeEco subsequently discussed major cutbacks, although Faraday has claimed to be unaffected. A week before Faraday cancelled its Nevada factory, a Chinese court frozen $182 million of Jia's assets. Faraday recently secured a $14 million rescue loan from New York investment firm Innovatus Capital Partners, putting up its own headquarters as collateral.

Faraday claims the Hanford, California, factory will take up one million square feet, which is approximately the same size as the original Nevada factory. The company expects to employ 1,300 people on three shifts at full capacity. Faraday still needs to complete permitting and wait for some tenants to vacate the property, however, so it doesn't expect major work to start until early 2018.

The new site may prove better for Faraday in the long run. Building a factory from the ground up was always a major challenge, and moving into an existing facility will make things easier for Faraday. But the company still faces a lot of uncertainty, and is still no closer to delivering the first FF 91s to customers.

The former Fisker Karma is now rolling off the production line at a new California factory.