2016 will be the German automaker's final season in the World Endurance Championship series. 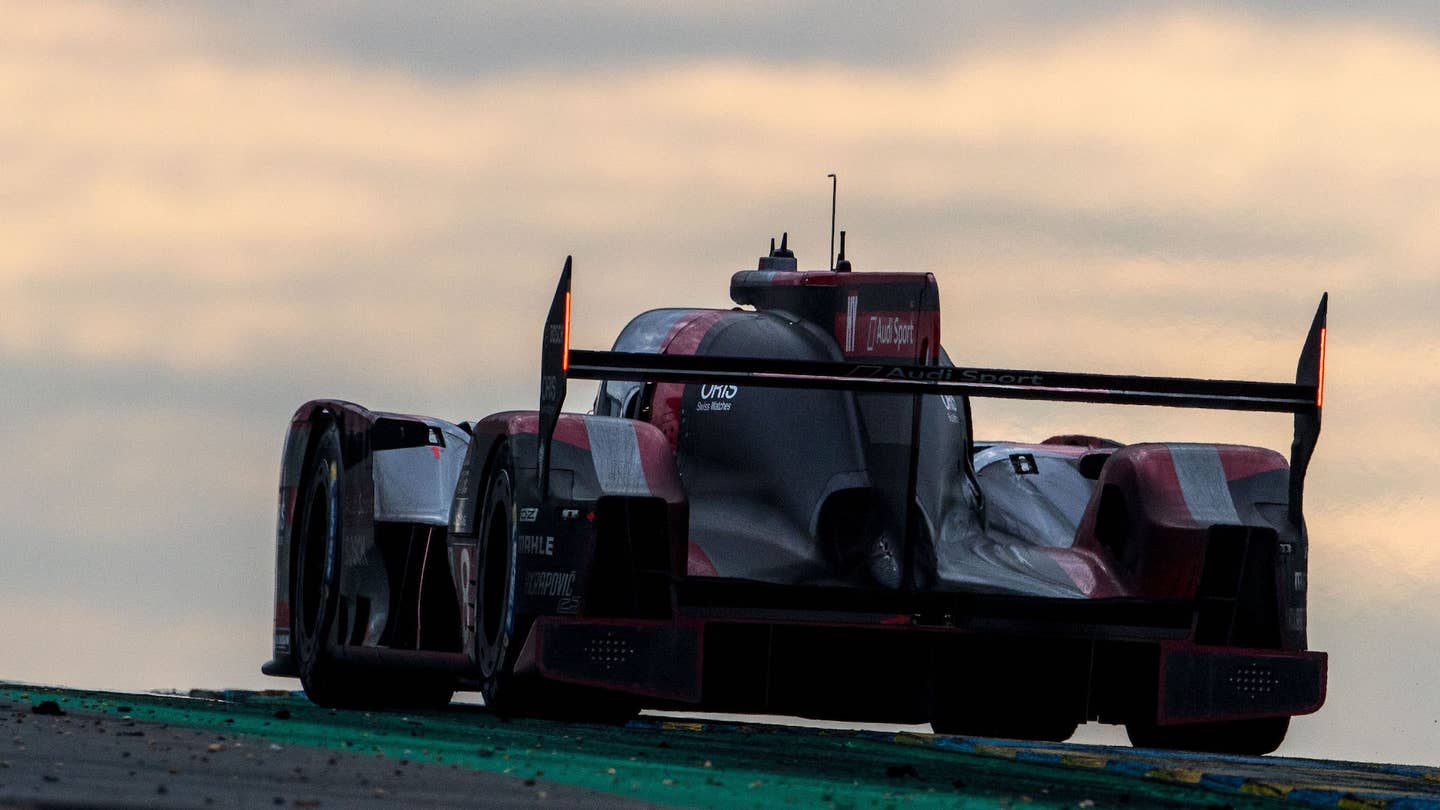 Audi's more-than-a-decade-long dominance in the FIA's World Endurance Championship will come to an end next month. The German automaker is switching its focus from Le Mans and the rest of the WEC to the open-wheel electric car racing series known as Formula E, as it sees the electric racing series as the sport with the greatest potential.

Audi has been working closely with Team ABT Schaeffler Audi Sport during the 2016 Formula E season, but the automaker will dig much deeper into the sport next year. The automaker will join the series in the 2017 by actively working on engineering technology for the team's electric race cars.

“As our production cars are becoming increasingly electric, our motorsport cars, as Audi’s technological spearheads, have to even more so," said Audi Chairman Rupert Stadler in an announcement to motorsport employees Wednesday.

As for its other major racing endeavors, Audi says it is currently unsure about its future intentions for FIA World Rallycross, but the automaker will continue to soldier on in the Deutsche Tourenwagen Masters series, better known as DTM.

For 18 years, Audi has managed to maintain an at least semi-competitive endurance racing team in WEC. The automaker has taken home 13 wins at the 24 Hours of Le Mans, in large part by building and maintaining a fleet of particularly durable, high-tech race cars.

Audi said in a press release it will continue to use its development in motorsports to further the technology it uses in its road cars.

Earlier in October, The Drive reported on a rumor that Audi would be pulling out of WEC at the end of 2018 and that the reasoning behind this choice stemmed from a lack of funds caused by the Dieselgate scandal that threw its parent company, Volkswagen, into a harsh downward spiral.