One-two victory at the season finale in Bahrain. 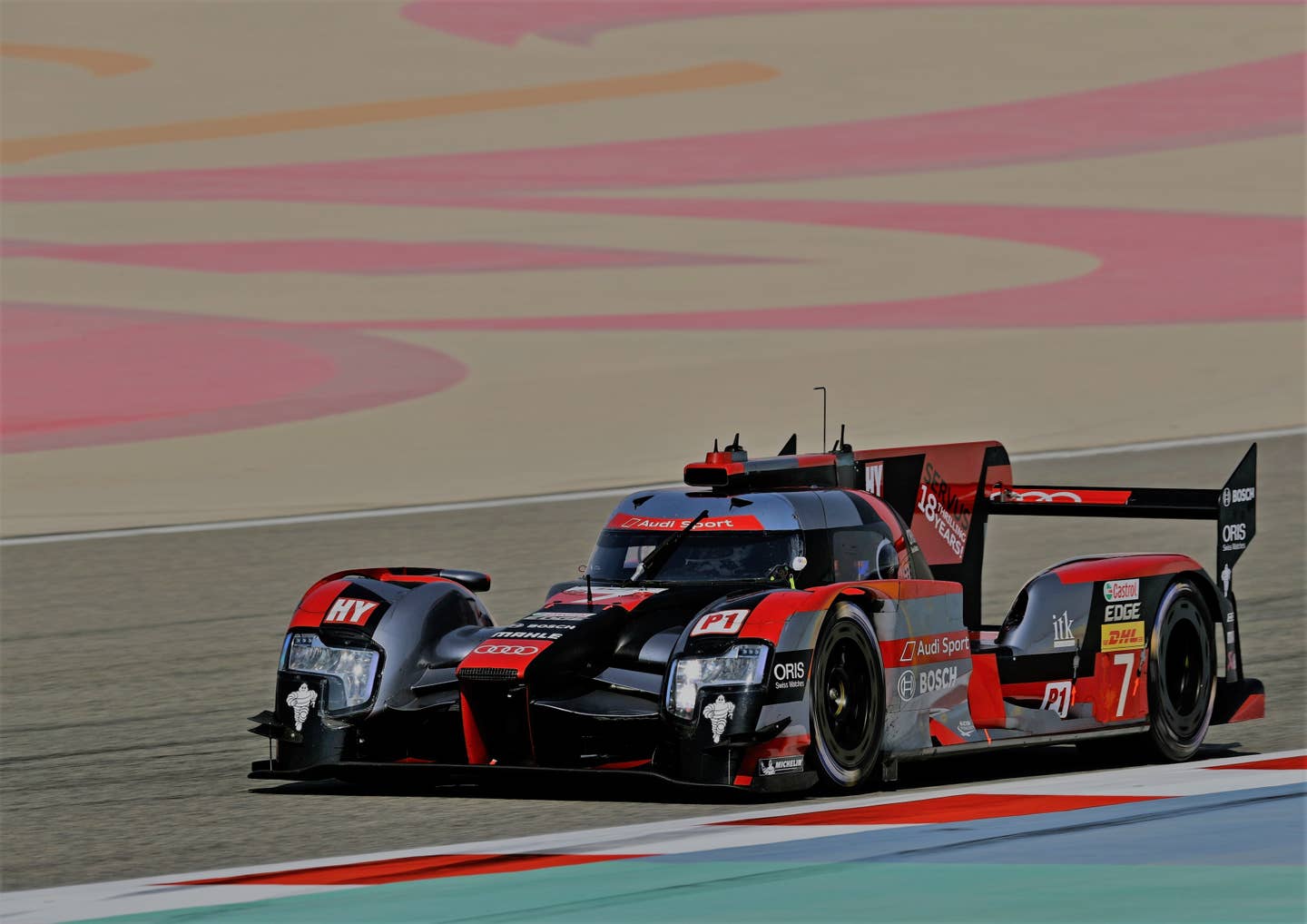 Audi left Prototype sports car racing Saturday with an impressive one-two victory in the last race of its Le Mans prototypes in the FIA World Endurance Championship. After clinching pole position in qualifying, the Audi R18 diesel hybrid sports car went on to claim a flag-to-flag victory in the 6 Hours of Bahrain. In addition, Lucas di Grassi set the fastest race lap. As a result, Audi has clinched the vice-championship titles in the manufacturers’ and drivers’ classifications.

“Thank you to the whole squad for an impeccable performance. You couldn’t wish for a sweeter farewell,” said Head of Audi Motorsport Dr. Wolfgang Ullrich. “Our competitors and the FIA WEC gave us a very emotional finale with many nice gestures, and we are saying thank you with the best possible sporting result for so many years of tremendous racing: an unforgettable weekend!”

The 8 team of Lucas di Grassi, Loïc Duval and Oliver Jarvis took the lead from the start. Towards the end of the first third of the race, the 7 sister car of Marcel Fässler, André Lotterer and Benoît Tréluyer caught up, temporarily taking the lead, but subsequently dropped back again due to issues during a tire change. Number 8 took the lead again and on lap 104 was the only top team to gamble on a pit stop during a full-course yellow. This move paid off and combined with setting good lap times, including the fastest race lap by Lucas di Grassi, number 8 eked out an advantage. Even an unscheduled stop on lap 149, during which the team had to remove rubber pickup from various body parts, did not ruin the trio’s rhythm.

As a result, Grassi/Duval/Jarvis crossed the finish line after six hours with a 16-second lead, taking their second victory this season following the 6 Hours of Spa in May. Teammates Fässler/Lotterer/Tréluyer completed the one-two, earning Audi its best result of the season.

“Our intention had been to achieve the maximum today in Bahrain, and that’s exactly what we did,” said Stefan Dreyer, Head of LMP at Audi Sport. “A huge thank you goes to this top team, to Audi Sport Team Joest, to our drivers, and to all the people who made this possible behind the scenes in Neuburg, Neckarsulm and Ingolstadt. As emotional and touching this farewell may seem it is matched by the joy we feel about this top sporting performance with our one-two result and the two vice-championship titles. Sincere congratulations to everyone.”

Audi had said it is leaving the series to concentrate on the electric Formula E series, but no one denies that the move is mostly due to financial concerns brought on my parent company Volkswagen’s diesel-cheating issues.