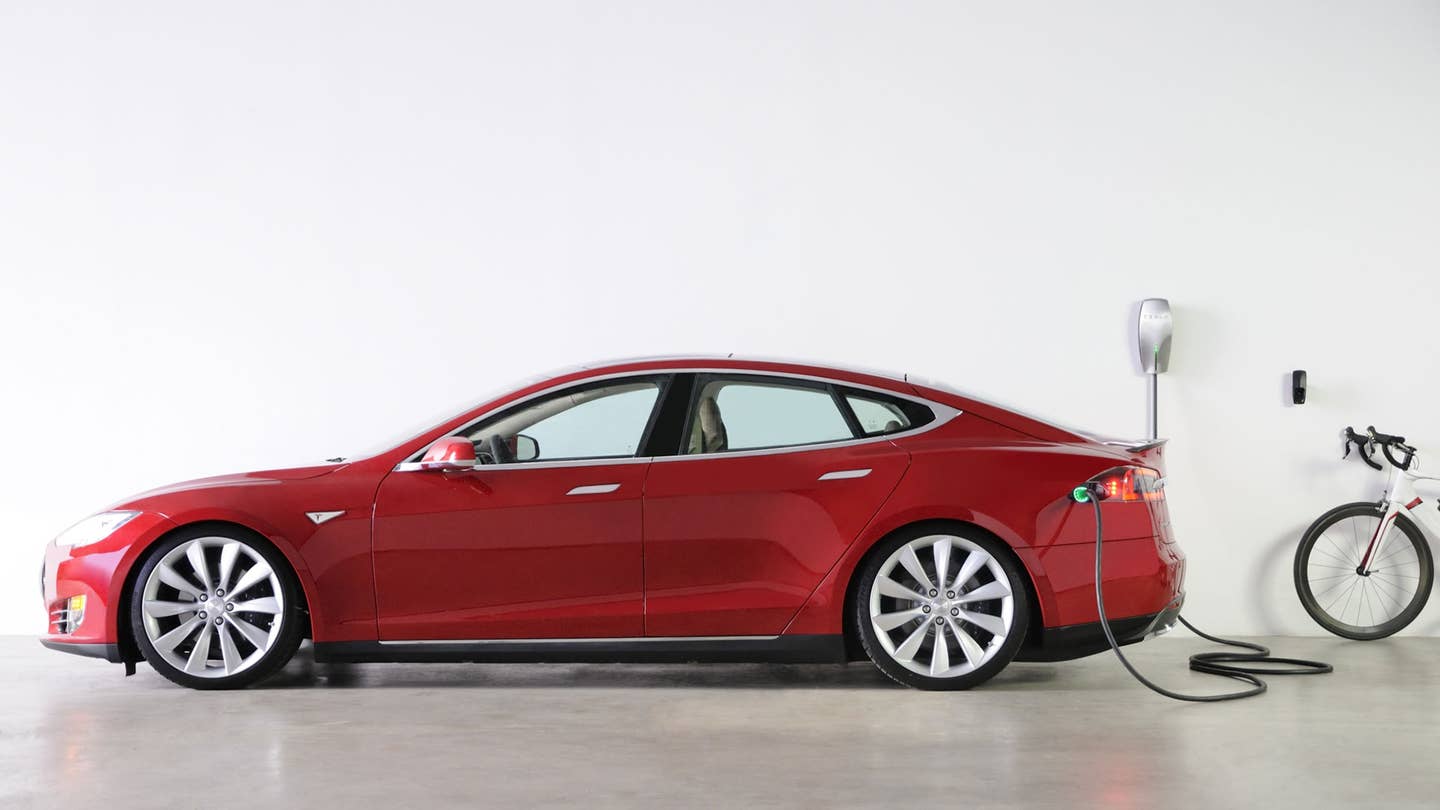 Specific energy equivalence asks, “If I can get a certain amount of work done with this fuel, how much of that fuel do I need to do the same work?” Among the reasons critics pillory electric vehicles, specific energy is one – namely, the fact that at present gasoline is 100 times more energy dense than lithium-ion batteries; all things being equal, you’d need 100 pounds of batteries do the work of one pound of gas.

But all things aren’t equal. Gasoline and electricity take different routes to turn a car’s wheels. EVs don’t suffer combustion losses, for instance. The most efficient internal combustion engine (ICE) loses 60 percent of its potential energy as heat, and that’s before you need to move the remaining 40 percent of useful energy through the transmission and differential. Suddenly that pure 1:100 ratio of gasoline to battery energy density gets much kinder to EVs.

Researchers at the Argonne National Laboratory assessed the difference in overall powertrain energy density between gas-powered cars and EVs, aiming to know when one pound of lithium-ion batteries would take an EV as far as one pound of gas would take a traditional automobile, correcting for the weight and efficiency of the respective vehicles. Argonne compared a 125-horsepower ICE car with a 300-mile single-tank range to four electric vehicles: an EV with a 100-mile range and a single-speed transmission, another with a single-speed reduction gear between the motor and wheels, and a pair of 300-mile EVs using either of the two transmissions. The researchers modeled both ICE and EV powertrains with four processes necessary to convert energy into rotating wheels: engine, torque converter, transmission, final drive for the ICE, power converter, driving motor, torque coupler, and final drive for the EV.

The verdict: both powertrains will draw even in 2045, when “BEV 300s will be comparable to conventional vehicles in terms of the energy spent at the wheel per kg of the powertrain mass,” even accounting for much lighter, much more efficient ICE cars.

How will we get there? According to the researchers, battery energy density will more than triple present levels as battery mass shrinks by 58 percent. So, as opposed to the battery composing 60 percent of the weight of an EV powertrain as it stands now, that percentage will drop to about 25 percent of the weight come 2045. Combined with the vehicle lightweighting coming to all cars, Argonne predicts most EVs will weigh less than their comparable ICE counterparts. The study’s present-day ICE vehicle weighs 1,830 pounds less than the heaviest EV. Come 2045 that gap is expected to close to just 65 pounds. Throw in EV control hardware and EV motor improvements, and you’ve got veritable powertrain energy parity.

What will that mean for EV buyers? It’s way too early to tell. The vastly more important question is how much the respective vehicles will cost in 2045. And once LeEco starts giving away its LeSEE electric sedan, well, who’s going to care about cost or energy density anyway?