The LeSEE Concept EV, Brought to You by China’s Netflix

LeEco sees its car as another portal for content, and a Tesla-killer. 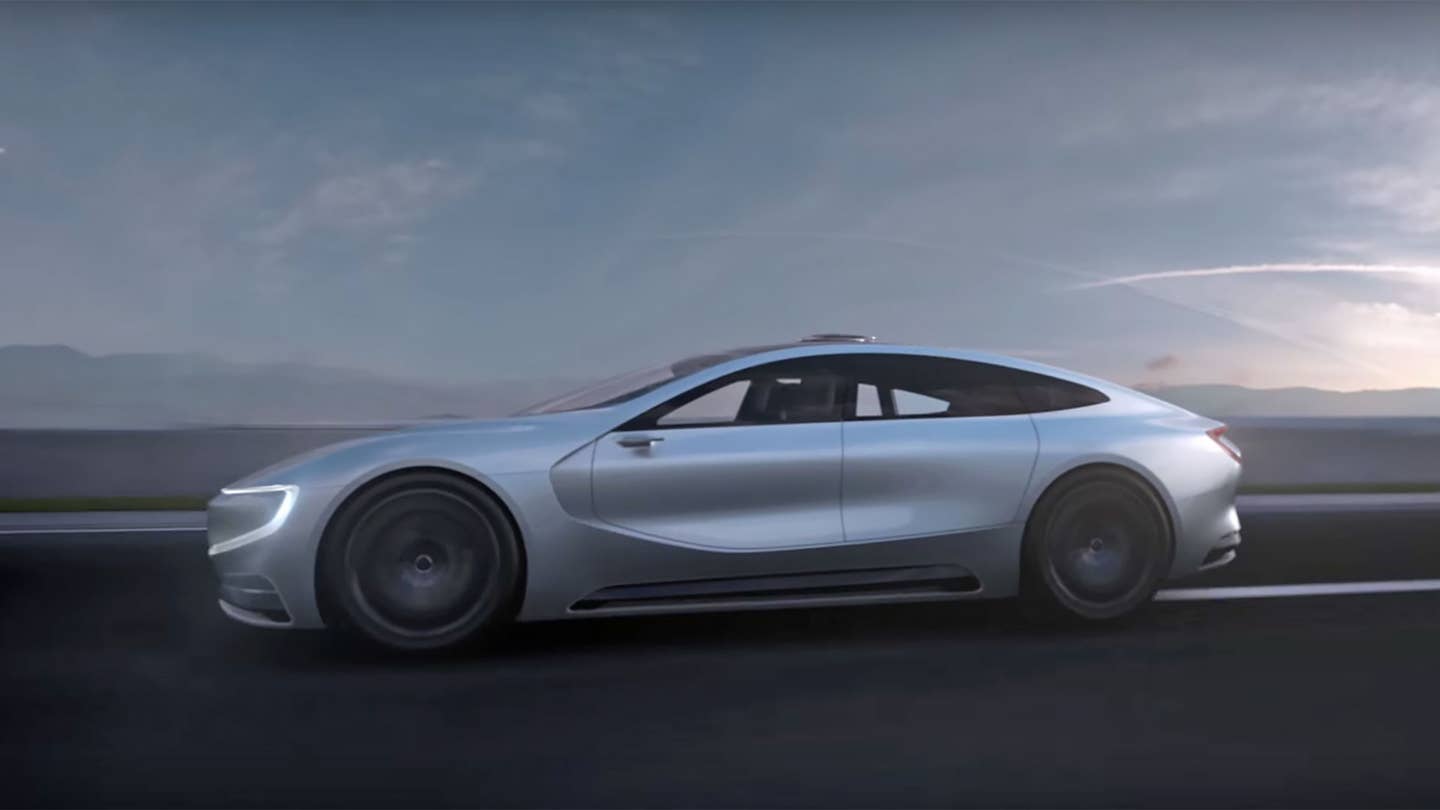 We’ve been hearing about aspiring Tesla competitors for years, we still don’t have a true contender to show for it. Chinese company LeEco has been banging the EV war drum since 2014, and this week it invited 10,000 of its closest friends to meet the LeSEE concept electric vehicle at an event in Beijing. The electric sedan includes all the buzzword ingredients for the segment plus a few sprinkles, like driverless parking, self-driving capability, smart screens up front, and viewing screens for rear seat passengers. A collapsible steering wheel provides more comfort in autonomous mode, what appears to be a terraced memory foam seating in back keeps passengers cozy, and it can be commanded by a mobile app.

And so much more is promised from the pearl white sedan with the rear suicide doors and oddly-long rear overhang. Execs said the artificial intelligence will recognize faces and be able to learn, making it “the world’s first self-evolving car.” An exterior screen on the front of the car “will display important information.” If LeSEE were part of an autonomous fleet, for instance, the screen could show the sedan’s availability or where it’s headed. LeEco co-founder Ding Lei said the screen can also display the identity of the driver to other people on the road, the intent somehow being to “help the driver to drive steadily” and “differentiate various types of customers to help them drive safely.” No one explained the purpose of the sensor in the center of the glass roof.

The LeSEE comprises a mere sliver of the opportunity in LeEco’s enormous ambitions. LeEco was formerly known as LeTV, and LeTV was known as “the Netflix of China.” Company pretensions inspired the name change from one focused on TV content to one focused on content everywhere – the “Eco” is for “Ecosystem,” the concept EV’s name is an acronym for Super Electronic Ecosystem. LeEco views this car as a content-delivery platform, part of why the company introduced the car on the same stage as a new LeEco television, phone, and virtual reality headset – a “vision of one ecosystem to provide a seamless, premium connected experience across all of our next-generation devices.” That is also why, when asked about a potential price, LeEco said it hoped to one day provide cars below cost or for free, making money off content it sells through the car.

The Chinese firm’s appetites don’t stop there. It invested in China car-hailing app Yidao Yongche and is working on a car-sharing business. This year LeEco partnered with Aston Martin to develop an electric RapidE by 2018. Billionaire co-founder and CEO Jia Yueting is the money behind Faraday Future – using his own money, that is – but LeEco developed LeSEE completely in-house.

Back to that Tesla baiting, Yueting says the LeSEE will outdo the Tesla Model S in “all aspects of performance.” We’d like to see that happen – it can’t all be left to the Chevrolet Bolt – but a concept able to wiggle about on stage is as close to a Tesla competitor as Rocky the moose is to Rocky Balboa. He wouldn’t elaborate on the powerplant, but his boast is already hobbled by Yueting saying the LeSEE will have a top speed of 130 miles per hour, 10 to 25 mph down on the Tesla. But maybe he means all aspects of performance except that one. Maybe.

We’ll find out more about the LeSEE at the Beijing Auto Show next week, and the autonomous driving research center in Silicon Valley LeEco is building with Faraday. The beginnings are humble, but they are slick, hungry, and very well-funded.

Will Ferrari’s China Theme Park Be Even Half as Fun as Its Cars?