Skeptics will attend, and are expected to sound… skeptical. 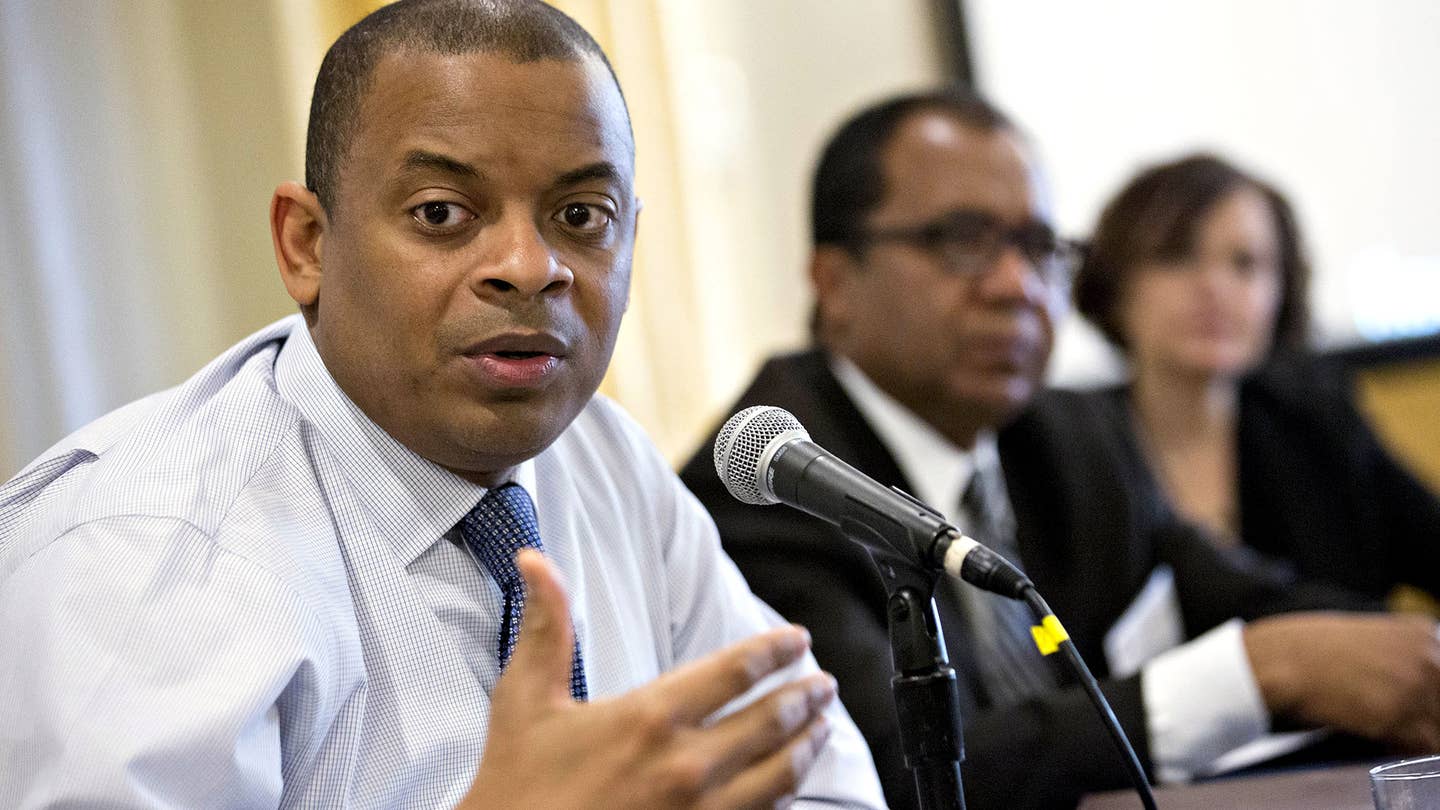 Already running fleets of autonomous vehicles near its tech centers in Austin, Texas and Silicon Valley, Google is about to set some of its self-driving prototypes loose through the suburbs of Phoenix.

A small number of semi-autonomous vehicles are already on the road, with experts betting the first fully autonomous models could be in production by 2020—if not sooner. But several hurdles stand in their way, not all of them technical. The National Highway Traffic Safety Administration hopes to remove one of those roadblocks in the coming months by introducing new federal guidelines overseeing development of automated vehicles,

The agency will take a critical step in the laborious process of developing new regulations today when it holds public hearings in Washington. Proponents, including NHTSA Administrator Mark Rosekind, argue that the technology could lead to huge improvements in highway safety. But not everyone is convinced.

But skeptics intend to have their voices hear during today’s hearings.

“NHTSA’s job is to make sure the nation’s streets and highways are safe for motorists and pedestrians, not to promote robot cars or help Google’s lobbyists circumvent the law,” said Harvey Rosenfield, founder of Consumer Watchdog, in a statement released on Thursday. “Before jumping on board the Google express, NHTSA should initiate a serious and careful public investigation into autonomous vehicles.”

The California-based group isn’t alone in asking federal regulators to go slow. Among the other critics are former Administrator Joan Claybrook, who is president-emeritus of Public Citizen, and Clarence Ditlow, executive director of the Center for Auto Safety. They point out that by Google’s own count, during a 15-month period, the self-driving system aborted 341 times, forcing the human back-up driver to intervene. And that doesn’t include the nearly 20 accidents Google prototypes have been involved in.

Even proponents note that autonomous technology has a ways to go before it is ready for prime time. Tesla, which late last year released its AutoPilot – a system permitting hands-free driving on limited-access highways – had to rush out a software update when owners began using the technology in ways Tesla hadn’t intended. (One owner videotaped himself climbing into the backseat while his Model S kept driving.)

Google itself has said it needs to expand its range to gain more experience for its test vehicles, especially when it comes to running in inclement weather. Today’s sensors can have a hard time distinguishing whether a vehicle is riding on snow, ice or sand, for example, a not insignificant distinction.

But while critics might get NHTSA to introduce a bit more caution into the rules the agency is working up, don’t expect it to back down entirely. Sec. Fox and NHTSA Administrator Mark Rosekind – along with the White House – have made it clear they intend to foster, rather than hinder, the development of advanced safety technology, as well as autonomous vehicles.

During two separate sessions at the Detroit Auto Show in January, the two government officials announced steps meant to bring advanced safety systems into widespread use quicker than might be possible through the normal rulemaking process. They also announced plans to reduce regulatory hurdles to developing autonomous vehicles.

Among those praising that proactive approach is Ian Robertson, the board member overseeing worldwide sales for BMW. During a meeting with Sec. Foxx in Europe late last year, Robertson mentioned that BMW couldn’t test its new self-parking technology because of current American rules. Within eight weeks, the restrictions were lifted.

“It shows the government is listening,” the BMW exec said during an interview at the New York International Auto Show.

Automakers aren’t the only ones who want the federal government to step in. NHTSA has been hearing from state regulators who are worried about a potential hodgepodge of rules that currently vary from state to state. Only a handful of jurisdictions, notably Nevada, Michigan, Florida and California, have actually addressed the issue with guidelines of their own.

The insurance industry also wants some guidance as it is far from clear exactly how the issue of liability would play out in a crash involving an autonomous vehicle.

A new study by Moody’s Investors Service said that, in the near-term, once that issue is resolved, insurance companies could benefit by getting more autonomous vehicles on the road since, “Accident frequency will fall sharply over time.” The downside, the report added, is that over time, this “will ultimately translate into significantly lower premiums and consequently lower profits.”

Then again, that would be great news for consumers.