Ferrari Will Build 350 Special Cars for Its 70th Anniversary

Aaaaaaaand you won’t be getting one. 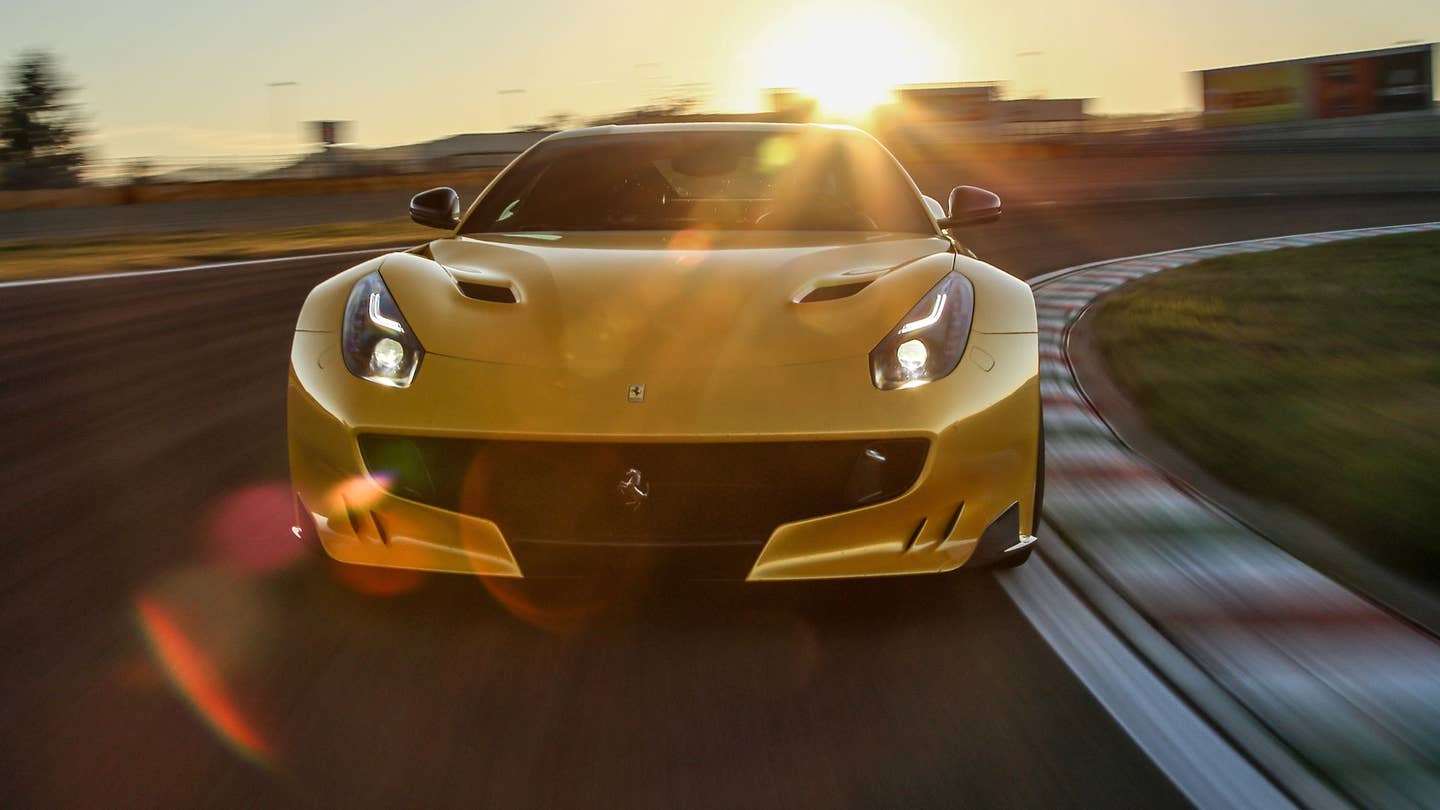 The rich and famous who make up the top tier of the world's Ferrari fans better be ready for one hell of a slap fight. Ferrari is releasing 350 special edition cars in honor of the carmaker's 70th birthday—and in spite of lofty price tags, every one of them will likely be snapped up lickety-split.

The 350 special edition Ferraris will be divvied up across Ferrari's five current models, with 70 special editions being based on each one—the F12berlinetta, the GTC4Lusso, the California T, the Ferrari 488GTB, and the 488 Spider. Each one of the 70 vehicles will be based off a car of historic importance to Ferrari, according the carmaker's head of marketing, Enrico Galliera.

"We are going to be producing and delivering 350 unique pieces. Every single car will be unique," he toldAutocar. The cars will all be built by Ferrari's Tailor Made division, he said, and they will show off the carmaker's technological and design prowess.

Ferrari announced the special edition cars to a small group of Ferrari owners at last week's Ferrari Cavalcade in Italy, according to Autocar. CEO Sergio Marchionne told the assembled crème de la crème of Ferrari owners that choosing which of the company's loyal customers are eligible to receive special edition models is one of the harder parts of his job. (Poor guy.)

"It is painful, it is something I wish I did not have to do, but it is required by the brand, and so if there is anyone in this audience here I might have mistreated in this process I apologize upfront," Marchionne said, presumably while tugging at the neck of his sweater in an uncomfortable fashion. "Just keep in mind these limited edition cars will come again and we will make sure we will remedy any wrong doings at that time.”

Demand for special edition Ferraris typically outstrips supply, with cars going for significantly above their original asking price on the secondhand market. A Ferrari F12 TdF recently sold for $1.5 million, more than twice its original value—and it sold in less than a day.