A blow-by-blow account of the Italian supercar firm’s debut on its domestic stock market. 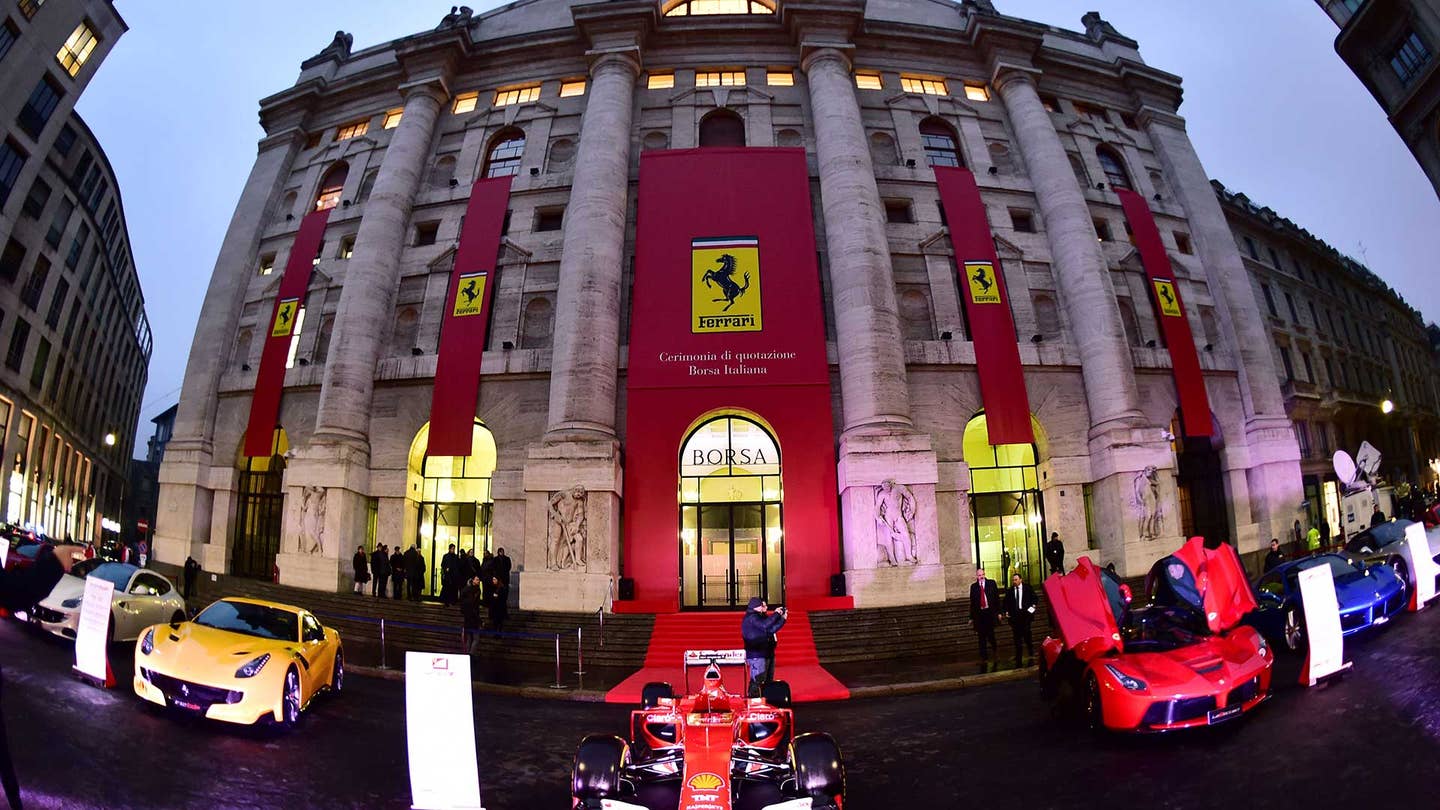 “The choice of Ferrari to go public in Milan confirms the central role of the Italian Stock Exchange, increasingly recognized internationally as a center of reference for the valuation of securities and expression of luxury-ness,” said Jerusalmi, resplendent in red and yellow driving shoes, slacks, blazer, underpants, cufflinks and contact lenses.

Initially priced at €43, Ferrari trading halted several minutes later after automatic circuit breakers kicked in due to a freefall in prices. (Note: A Ferrari spokesperson later explained this is routine, but the engine would have to come out, and the fuel bladders would probably cost $15,000 to repair). By the time Lunch by Ferrari© rolled around, however, Marchionne and company were dining on a light meal of short rib agnolotti with black chantarelles, and the price had rebounded. “Ferrari é vinta tutto!” said Marchionne, proudly unveiling Milan’s new motto, freshly carved into the facade of the city’s historic Basilica Santa Maria delle Grazie by Ferrari©.

*Okay. So that’s not exactly how it went down. But it really was a wild day for Enzo’s boys on the Milan stock market.