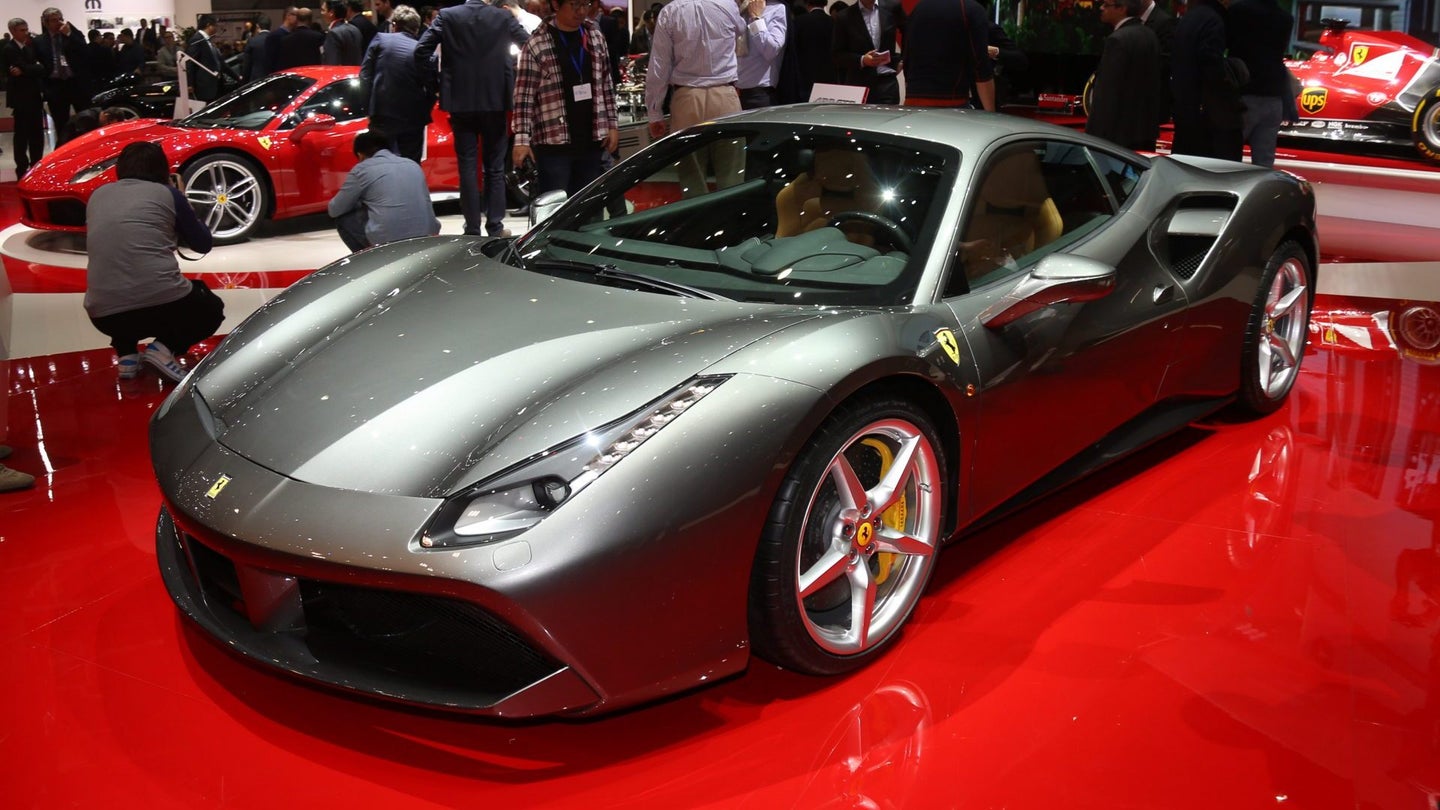 It's said that a manual transmission is one of the greatest theft deterrents you can have on a car. Given sufficiently incompetent thieves, however, a convoluted enough automatic might just do the trick.

A pair of would-be Ferrari thieves were foiled during an evening heist in the West Midlands, England after they failed to figure out how to put the 488 supercar they were attempting to steal—a car that comes exclusively with a seven-speed dual-clutch automatic—in gear, reports the Daily Mail. After smashing the window of a home and looting it of expensive handbags, suitcases, watches, and jewelry, the burglars found the keys to the gray Ferrari in one of the bags while they were loading up their wares into the trunk of a stolen Audi.

According to surveillance footage, the pair of Danny Oceans managed to reverse the exotic car off of the property but struggled to put it into drive. They then decided to abandon the Ferrari, leaving it on the road.

Toni-Leigh Evans describes a call her husband received from a neighbor notifying them of the break-in. "We were out at my nan's"—that's British for grandmother—"and a neighbor rang my husband and said 'don't panic,' but your Ferrari is on the opposite side of the road and the front glass is smashed in by your front door."

"They found the [Ferrari's] key in the bag and came back and reversed the car off the drive but then the silly t***s" couldn't figure out how to get it in Drive," said Evans.

The 27-year-old mother of two is expecting a third child, says she no longer feels safe in the rented house and has plans to move out. "I am glad the kids weren't here," said Evans. "We are never going to put the kids back in this house. We are not sleeping here again and we are looking for somewhere else. We only rent the property. We want to go out of the house and feel safe again."

"Forensics came in 20 minutes," added Evans. "They found some blood and said they will let us know if they find anything."

West Midlands Police are currently investigating the burglary, and it's unclear where the blood came from but the armchair detective in us suspects the thieves may have cut themselves on some broken glass climbing into the house. Knowing these two, however, we have a feeling the real explanation is way funnier.