A Porsche Cayman, Porsche 911 and a Ferrari California were damaged during protests related to the Gilets Jaunes movement in Paris last Saturday. The protest in Paris included around 4,000 people according to French Interior Ministry numbers cited by France24. Violence during the protest led to several injuries.

Footage of the protests posted by Russian state-funded broadcaster RT shows a Cayman getting vandalized before being set on fire, a 911 getting smashed, and a Ferrari with graffiti on the hood and a damaged windshield.

Another video taken later by French journalist Remy Buisine shows that same 911 going up in flames as well:

If you're confused as to what's going on here because other Gilets Jaunes beefs against speed cameras and fuel taxes appear to be pro-car, it's because the protests—which started over a planned fuel tax hike—have grown to encompass many other financial grievances of the lower and middle classes. The Guardian explains:

Petrol prices rapidly set alight other grievances in rural and outer suburban France, some concrete, some more existential: a lack of public services, the high cost of living, a new tax on some pensions, the fact that Macron had partially abolished a tax on wealth.

While the planned fuel hikes were suspended by the government in December in an attempt to end the unrest, the protests rage on, smaller in number but less peaceful than the initial November 17 action. The Gilets Jaunes movement has grown into the longest-running French protest since World War II, and the bulk of their action comes in the form of large Saturday protests. Because they were originally protesting high fuel prices, they usually wear the yellow vests that French motorists are required to keep in their cars in the event of a breakdown.

Many within the Gilets Jaunes are peaceful, however, the protests' leaderless form means that peaceful tax-haters can end up alongside vandals who take out their frustration on pricey cars, and that it's hard to get a coherent list of demands from the group, as The Guardian explains:

There is no simple explanation for the gilets jaunes. It is not a monolithic, single-minded movement. It has no leadership structure, no single, accepted program of demands.

This—along with some who may not even be non-Gilets Jaunes who sometimes appear alongside the group—can make the more violent actions during these protests hard to describe. Some who vandalized these cars over the weekend are donning the group's namesake yellow vests or yellow armbands that would (at least visually) signify solidarity with the movement, but others captured on video were not.

That being said, it wouldn't be the first time members of the loosely-arranged Gilets Jaunes movement targeted what the average, non-depreciation-obsessed person would consider conspicuous vehicular displays of wealth. A video from December shows a crowd mostly wearing yellow vests turning a 911 Cabriolet on its roof as a Mercedes

roasts in the background:

So, while we car lovers know that the previous-generation 911 and Cayman that were smashed up in this latest round of protests may be attainable to middle-class car fans, to the average person, they're fancy sports cars and therefore, a symbol of prosperity.

The graffiti on the Ferrari left Saturday references the ISF, or solidarity tax on wealth, which was a direct wealth tax on anyone who had assets (including most motor vehicles, with a few classic- and collector-focused exceptions) over €1,300,000. It was discontinued in September 2017, which wasn't a good look to protesters aghast at new fuel taxes that would shift more of the country's tax burden on to working-class French people. A tax on real estate partially took its place, but left high-value assets like cars out of the equation, thus translating into a tax cut for France's rich.

French finance minister Bruno Le Maire told the Evening Standard in December that the government had no plans to reinstate a wealth tax like the ISF, despite calls to do so like the one spray-painted across the Ferrari's hood. 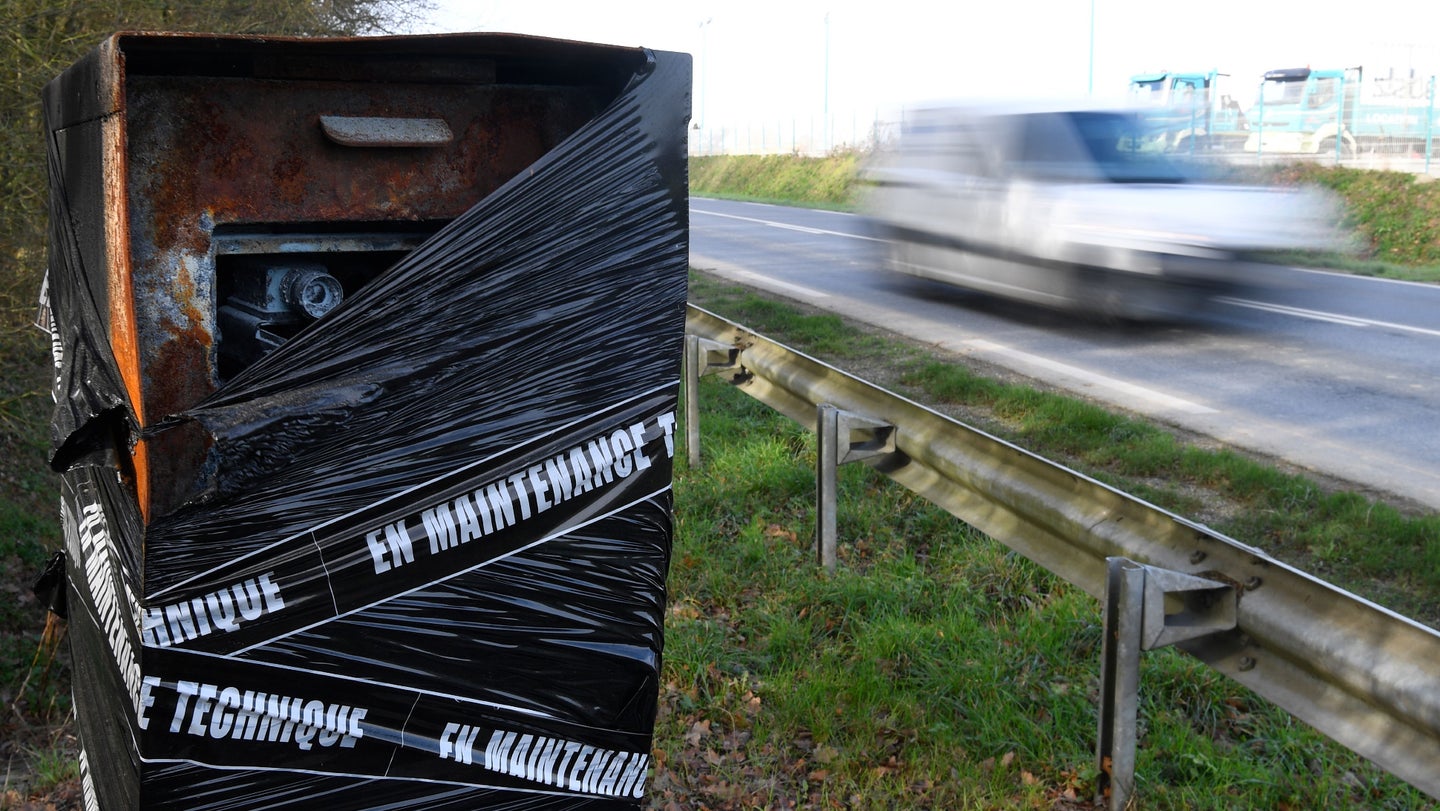 The country has approximately 3,200 traffic cams in total with estimates of completely replacing a destroyed unit reaching $114,000. 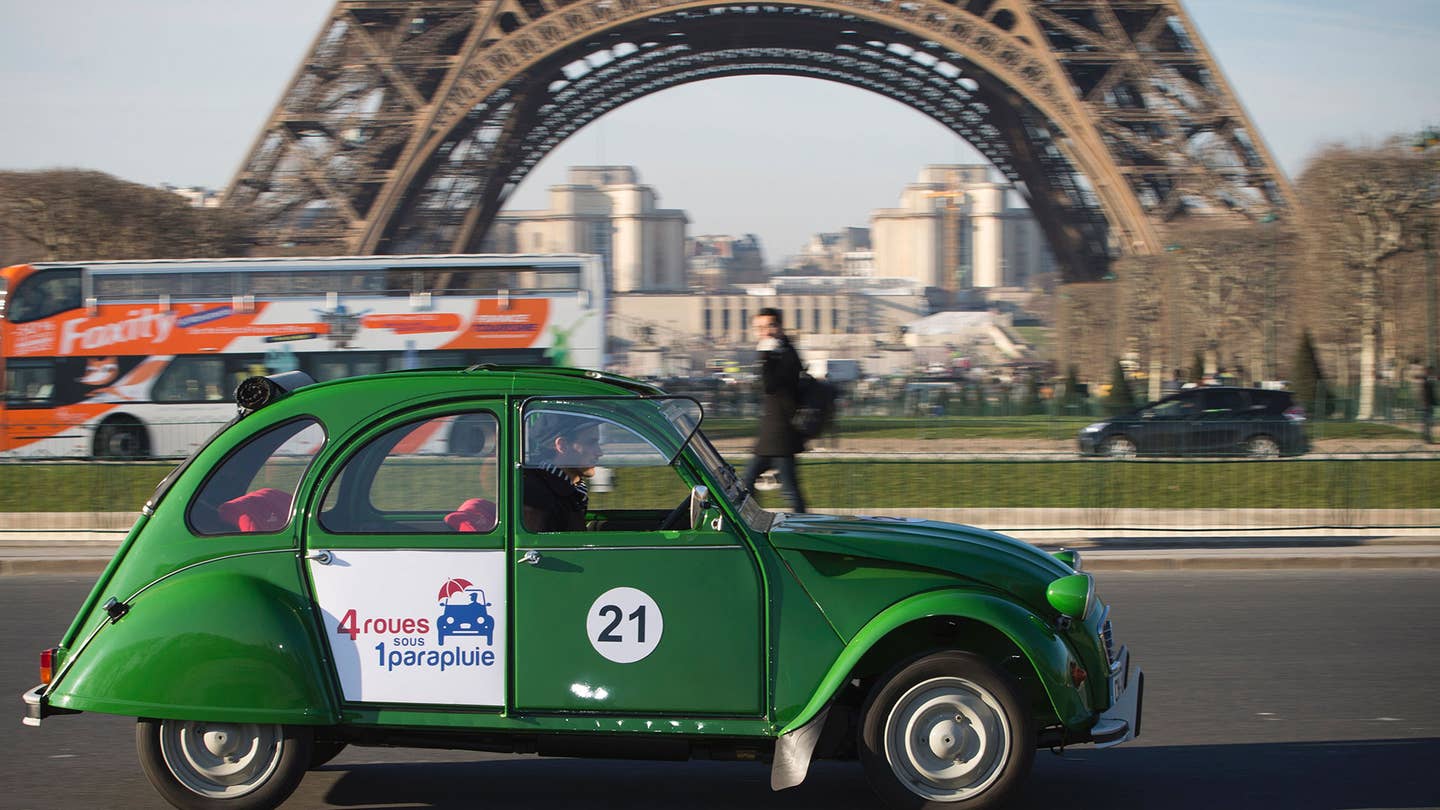 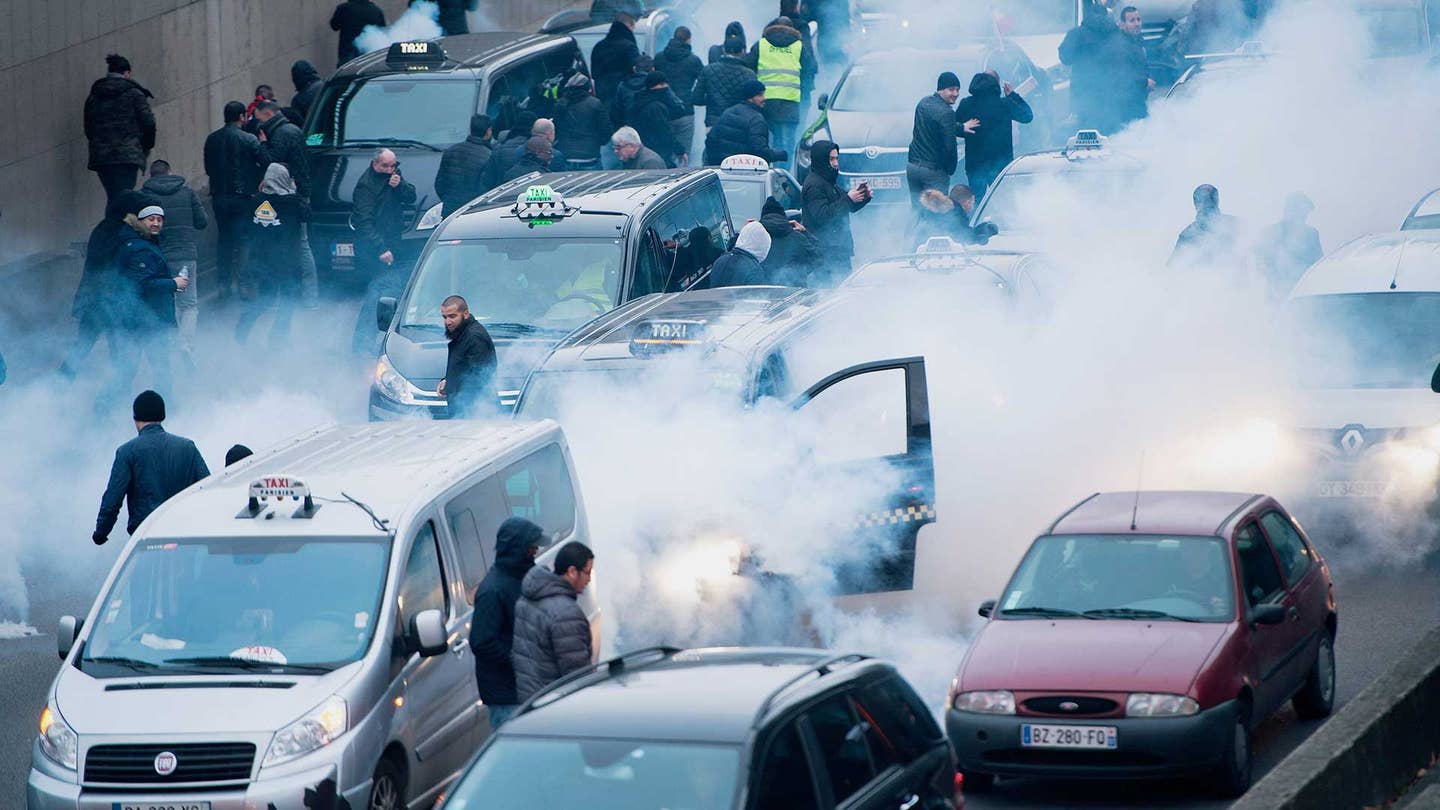