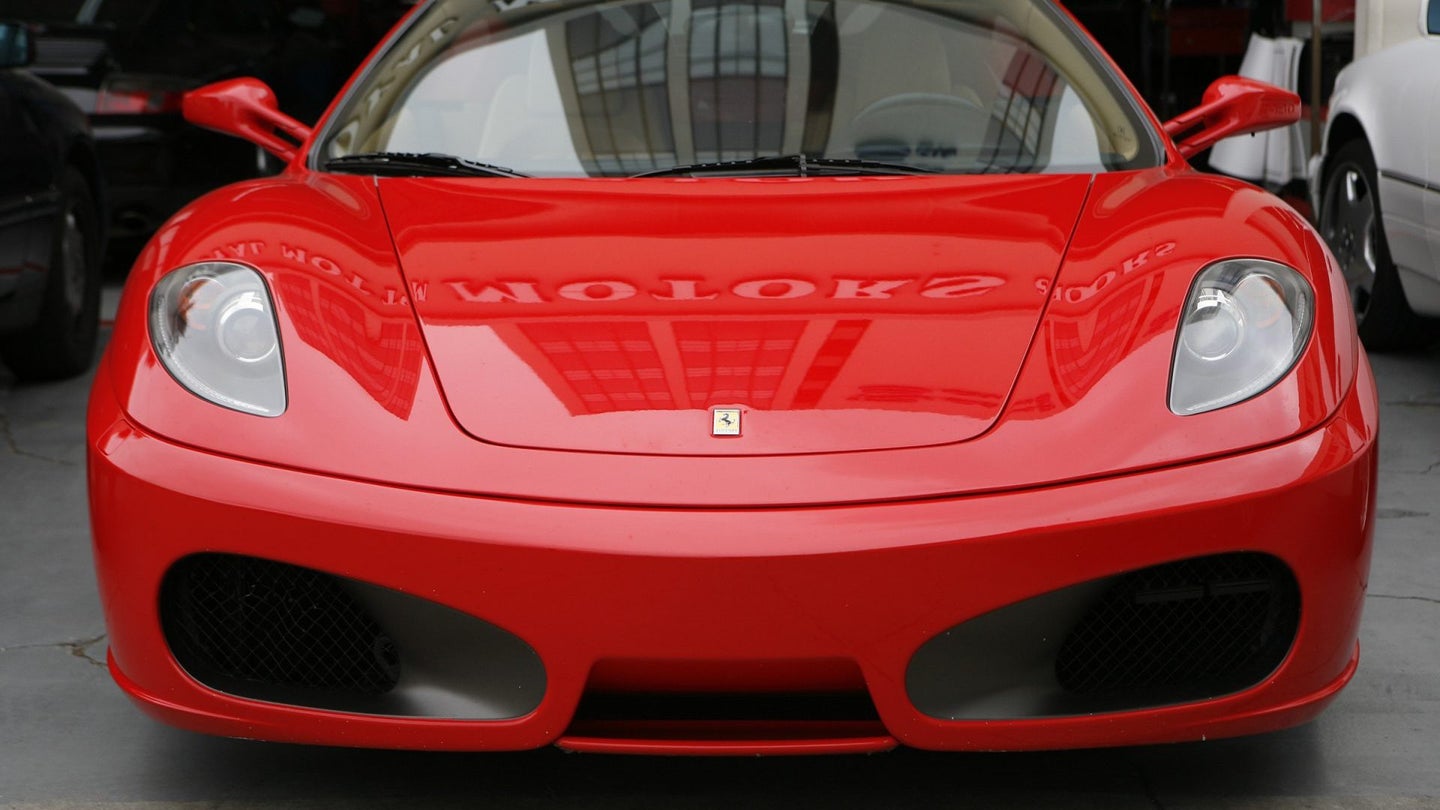 Back in September, a jury awarded punitive damages of $5.8 million against Mercedes-Benz of Northwest Arkansas after it had sold a used Ferrari F430 with undisclosed and potentially dangerous defects. Now, a judge is lowering that figure to $500,000.

From an Automotive News report, the decision came from Judge P.K. Holmes after the dealership's parent company, Silverstar Automotive Group, appealed the initial ruling, arguing that it constituted cruel, unusual, excessive, and unlawful punishment. While Silverstar aimed to get the ruling down to just $27,340, Judge Holmes met them somewhere in the middle landing on half a million.

The decision didn't come without a written lashing from Holmes. "Making an affirmative misrepresentation about a car's condition, especially when the condition gives rise to safety concerns, is often considered one of the more reprehensible acts of business fraud," he wrote in his ruling.

In 2016, Virginia man Hamid Adeli bought a used 2007 Ferrari F430 from Mercedes-Benz of Northwest Arkansas for $90,000 sight unseen. The Mercedes dealer apparently had a pre-purchase inspection done at a Plano, Texas Ferrari store which indicated that the supercar had a crack in the exhaust manifold and needed a new clutch, fuel sensor, as well as other repairs. Reportedly, all of the repairs were done bar the cracked exhaust manifold, a fact Mercedes of Northwest Arkansas did not disclose to the car's new owner. The Mercedes dealership later argued in court that cracked exhaust manifolds are apparently a "common issue" with F430s and "not an immediate concern."

On the drive home, Adeli said he noticed the smell of fuel, which got worse over time. According to court docs, the Ferrari was taken to Maryland's Competizione & Sports Cars where a Ferrari specialist found a leaky fuel pump, suspension issues, and the cracked exhaust manifold. Adeli then sued Silverstar for "breach of warranty, fraud, and deceptive trade practices" after the dealer group refused to pay to fix the car.

In the end, Silverstar Automotive was ordered to pay Adeli $6,835 in compensatory damages, $13,366 in incidentals, and $500,000 in punitive damages. Judge Holmes argued that a significant punitive award was warranted because of the fire hazard the leaky fuel pump presented. "The fact that those dangers never materialized into physical harm does not make Silverstar's conduct any less reprehensible," Holmes wrote. "Though the actual harm here was economic, the potential for physical harm was significant."

When or if Adeli does get his 500 G's, perhaps he can put it towards a showroom fresh V8 Ferrari instead. I'm told the 488 Pista is quite good but if Silverstar Automotive Group's lawyers can be believed, he might wanna keep an eye on that exhaust manifold.