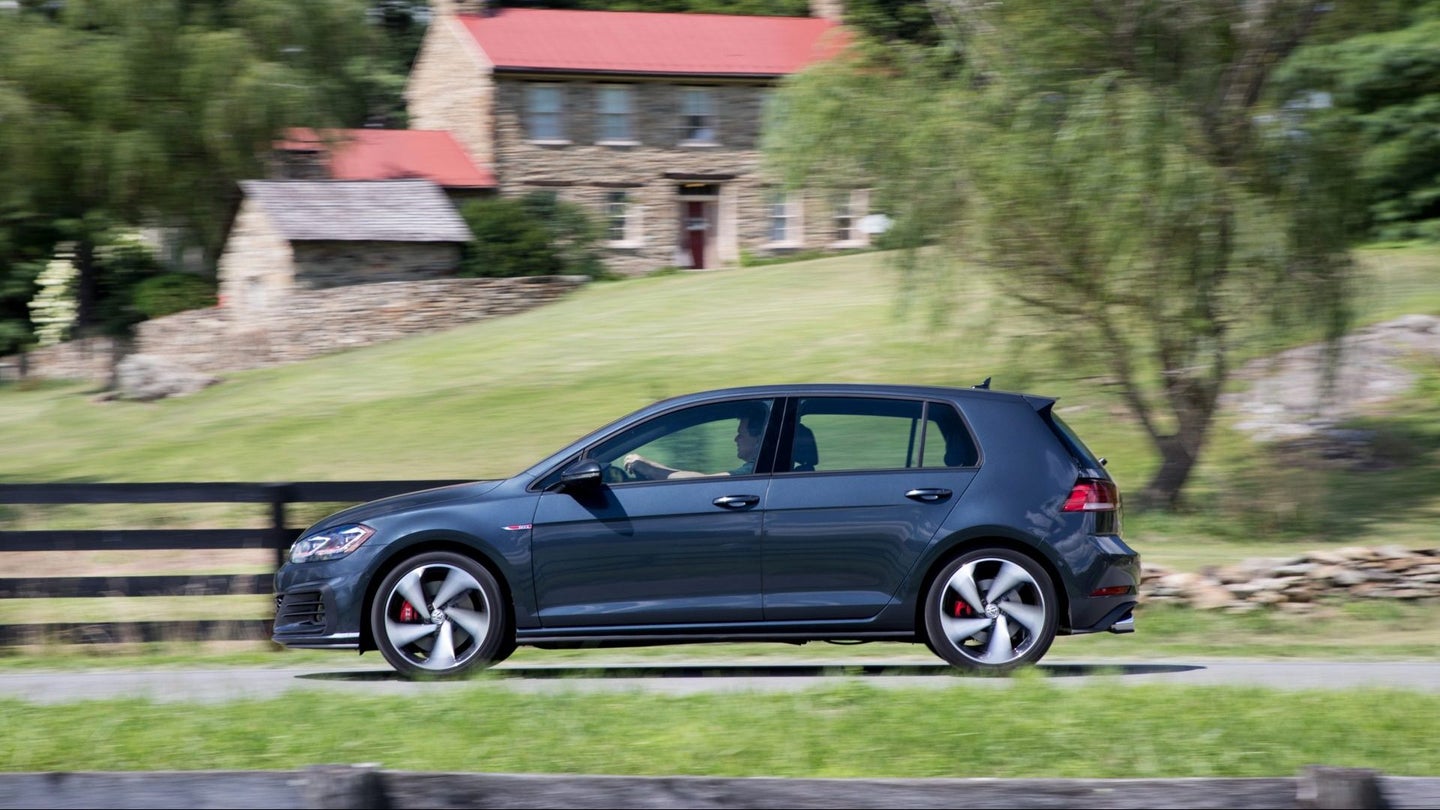 Due out early next year, Volkswagen's Mk8 Golf GTI will be more of an evolution of the current model rather than a radical revamp if a new report is to be believed. According to Autocar, Volkswagen has abandoned plans to make its premier warm-hatch a hybrid. Instead, it'll be sticking to an improved version of the same general hardware found on the car found in showrooms today.

Specifically, that'll comprise of an updated EA888 2.0-liter turbo engine reportedly pumping out 252 horsepower. A significant jump from the current car's 228 hp. A TCR model making 286 horses—the same output as the Mk7 model with the same name—will reportedly replace the Performance trim. More torque, a zero-to-62 time of under six seconds for the TCR, and a 155-mph top speed are also said to populate the Mk8 GTI's spec sheet. The car will also apparently continue to come with either a six-speed manual or a seven-speed DSG.

The "evolution, not revolution" theme extends to the chassis and handling bits as well. The Mk8 GTI will reportedly sit atop an improved MQB platform and get MacPherson struts up front, multi-link rear suspension, and adaptive dampers. The Mk7's electric steering system is said to have been revised to provide more feedback and feel more direct.

On the more superficial side, VW "insiders" tell Autocar that the company's new hatch will be more aggressively styled than the outgoing car—not a hard task, admittedly—and come exclusively in five-door guise. Much like hatchback Subaru WRX STIs, the three-door VW GTI will soon no longer be a thing.

The non-electrically-assisted, five-door 2020 Volkswagen Golf GTI will likely appear at the Frankfurt Motor Show in September. We've reached out to VW for comment and will update this story when we hear back.