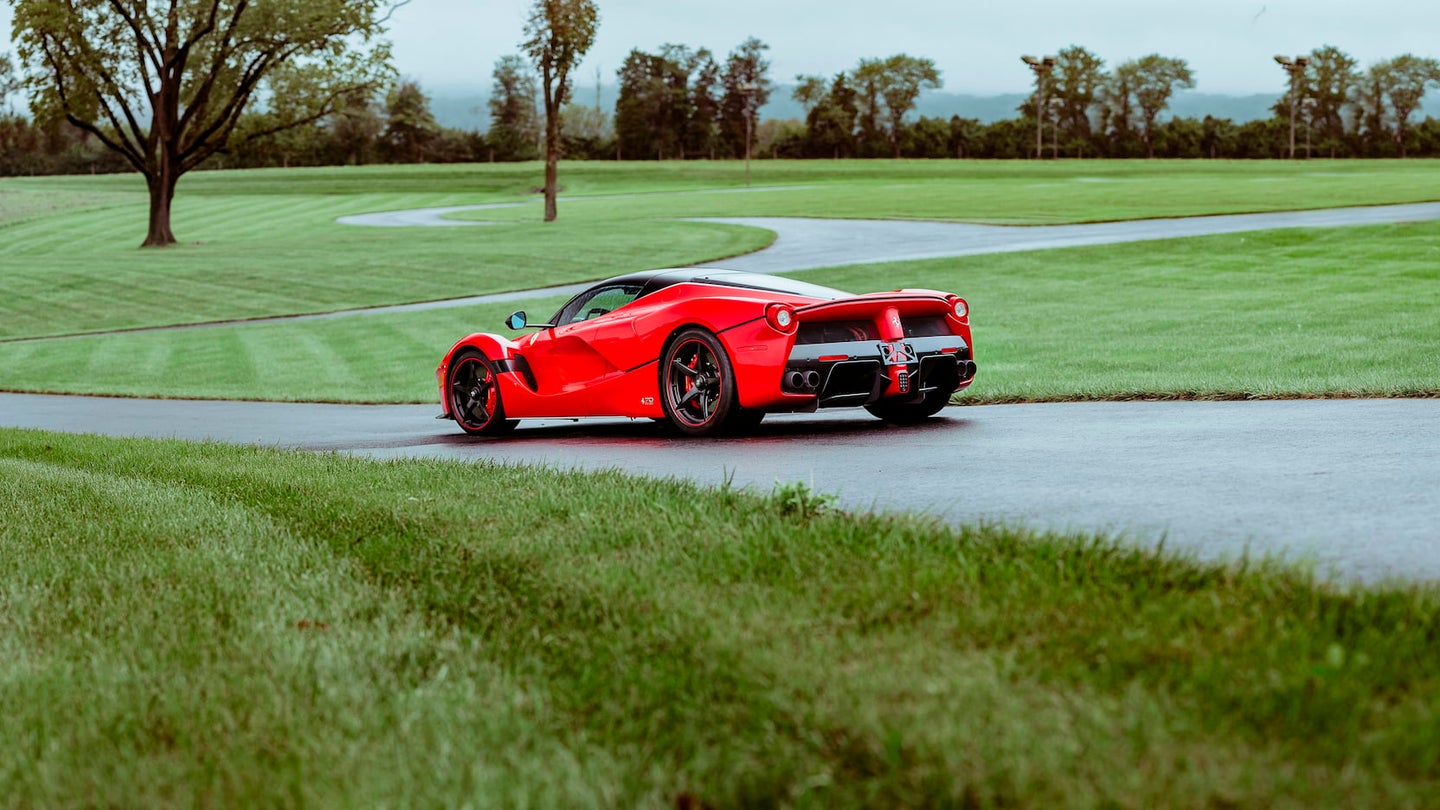 Possibly the freshest Ferrari LaFerrari Aperta out there has come up for sale...at more than triple its reported original price.

The Ferrari LaFerrari Aperta is the removable-roof variant of the Italian hypercar, built by Maranello to celebrate its 70th anniversary. At about $1.5 million, the base LaFerrari was already too expensive for most to afford, but the Aperta was an even more exclusive version at a reported $2 million—and you had to be invited to buy one of the 210 built.

Ferrari justified the price by making the LaFerrari (and Aperta thereof) its most powerful road car ever, with 949 horsepower from a heavily hybridized, 6.3-liter V12. All those prancing horses are reigned in by active aerodynamics, a high-tech electronic differential, magnetic shock absorbers, and full traction control. At full tilt, a LaFerrari is good for 217 miles per hour.

Those that want one of these out-of-production hypercars would be out of luck, had a car not just popped up for sale by Mecum, whose for-sale listing reads like a point-one-percenter's Craigslist ad. Like the owner of a 300,000-mile GMC Jimmy with a misfire, the owner of this LaFerrari Aperta will accept trades, though not for a Rottweiler or an AR-15—they say "trade of [a] single car or entire collections will be considered" for this 174-mile Ferrari.

Those doing the math will realize someone out there snagged a brand-new, limited-production hypercar and is flipping it for a colossal profit, as is easy to do for the Joel Osteens of the world. Though they'll make in one sale what more than 99 percent of people make in their entire lives, it'll come at a cost; Ferrari's a notoriously prideful company, and may well blacklist the flipper of this car. Maybe Ferrari ought to have thought ahead like Ford did, and force customers to sign a promise not to flip their cars, pinning them in a hold not even John Cena could break.