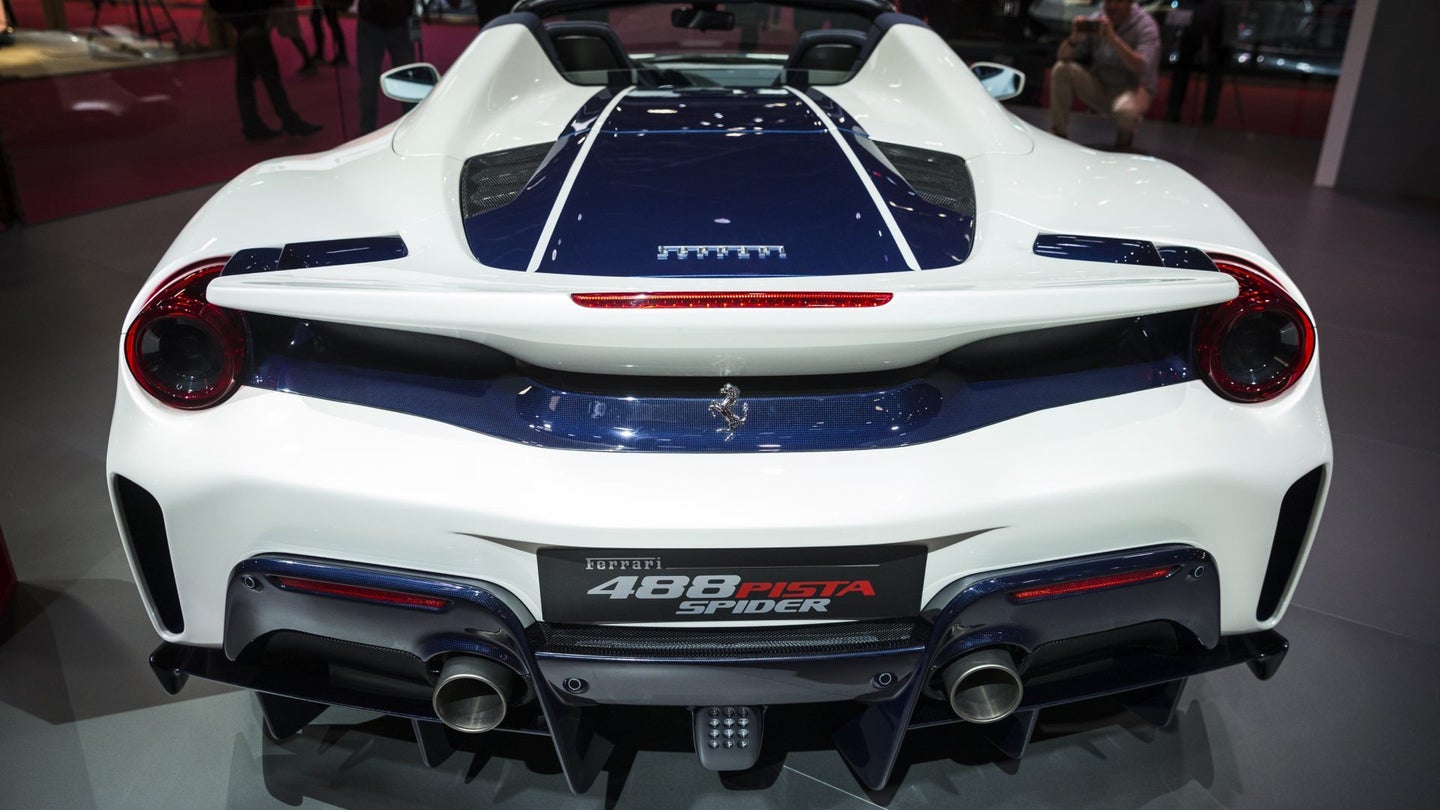 On at least two separate occasions last year, Ferrari 488 test mules were caught running around with a suspicious lack of engine noise. It now sounds like we'll get to see what the exotic automaker has been up to pretty soon. Ferrari will be introducing a new mid-engined hybrid supercar before the year is out, said company CEO Louis Camilleri on a late January earnings call as reported by Automotive News.

An unnamed source "familiar with the project" reportedly told Automotive News that the gas engine involved will be a V8, meaning the car likely won't be some ultra-exclusive, high-priced successor to 2013's hybrid LaFerrari hypercar. Instead, it'll be a regular series production model with a "regular lifecycle," says Camilleri. Think Acura NSX, not McLaren P1.

According to company Chief Technicals Officer Michael Leiters, the upcoming hybrid will "sit at the top of Ferrari’s sport cars range" and make more horsepower than the 710-hp 488 Pista, rendering it the most powerful V8 Ferrari to date. It'll reportedly use a "second-generation" Ferrari hybrid drivetrain evolved from the LaFerrari's inaugural system.

The report goes on to say that while the car will get a 2019 debut, don't expect it to drop at next month's Geneva show. In any case, the first customers can expect to get their cars in early 2020.

The electrified V8 supercar will, if Ferrari has its way, be the first of many hybrid cars to come out of Maranello. Camilleri aims for 60 percent of the brand's offerings to have hybrid variants by the year 2022 with an all-electric model coming sometime after that.

The thoroughly enjoyed grand tourer is listed for sale in California with just under 21,000 miles on the clock.