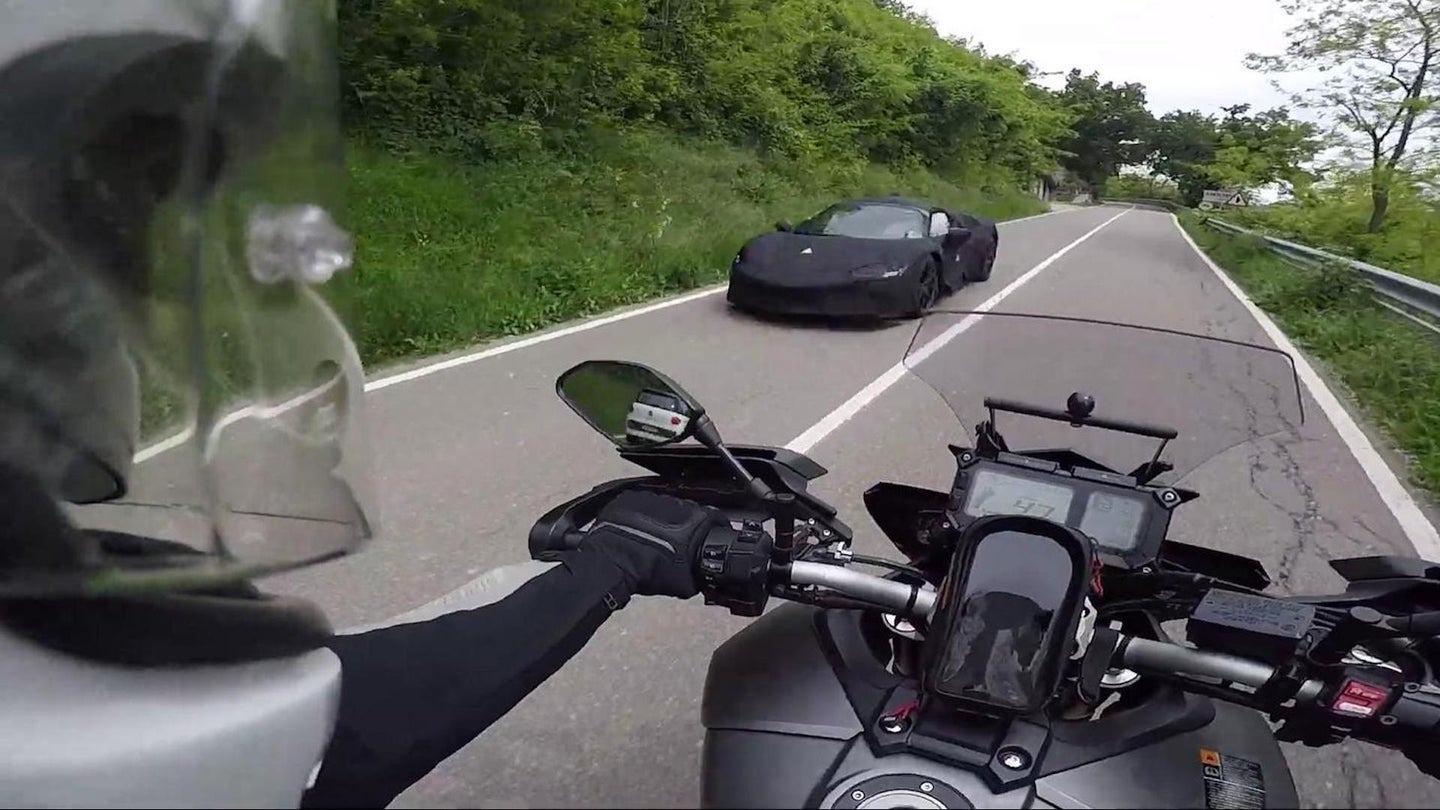 Due out at the end of the month, Ferrari's upcoming  V8 hybrid supercar has been spotted once again. The heavily-camouflaged prototype here is being chased around the hills of Maranello by the GoPro-wearing rider of a Yamaha Tracer 900 touring bike. Even when pursued by an agile motorcycle, the mid-engined Ferrari appears to be quite the capable canyon-carver, getting away from the Yamaha routinely and with ease. Considering all that's been rumored about the electrified Ferrari, that's hardly a surprise.

Ferrari boss Louis Camilleri previously said that the company's new hybrid offering would be more powerful than the front-engined, 789-horsepower 812 Superfast. It'll allegedly use an evolved version of the LaFerrari hypercar's hybrid system, approach 1,000 horsepower, and sprint to 60 miles per hour in two seconds dead. The car will likely use a V8 instead of a V12, like the LaFerrari and 812 do.

Even though its name and final design remain a mystery for now, its general shape is said to hark back to the company's 330 P3/4 Le Mans racer. What's more, FerrariChat forum members speculate that the car may be called "BB," an abbreviation of Berlinetta Boxer and not "baby" as seen in countless misguided Tinder messages.

For those sick of staring at spy footage of this car's rear end, we get a glimpse of its face (albeit heavily disguised) at around 5:00 into the video. Ferrari's new license-killer is expected to debut May 31. Expect it to seat two, come in red and probably yellow, and be really freakin' fast.