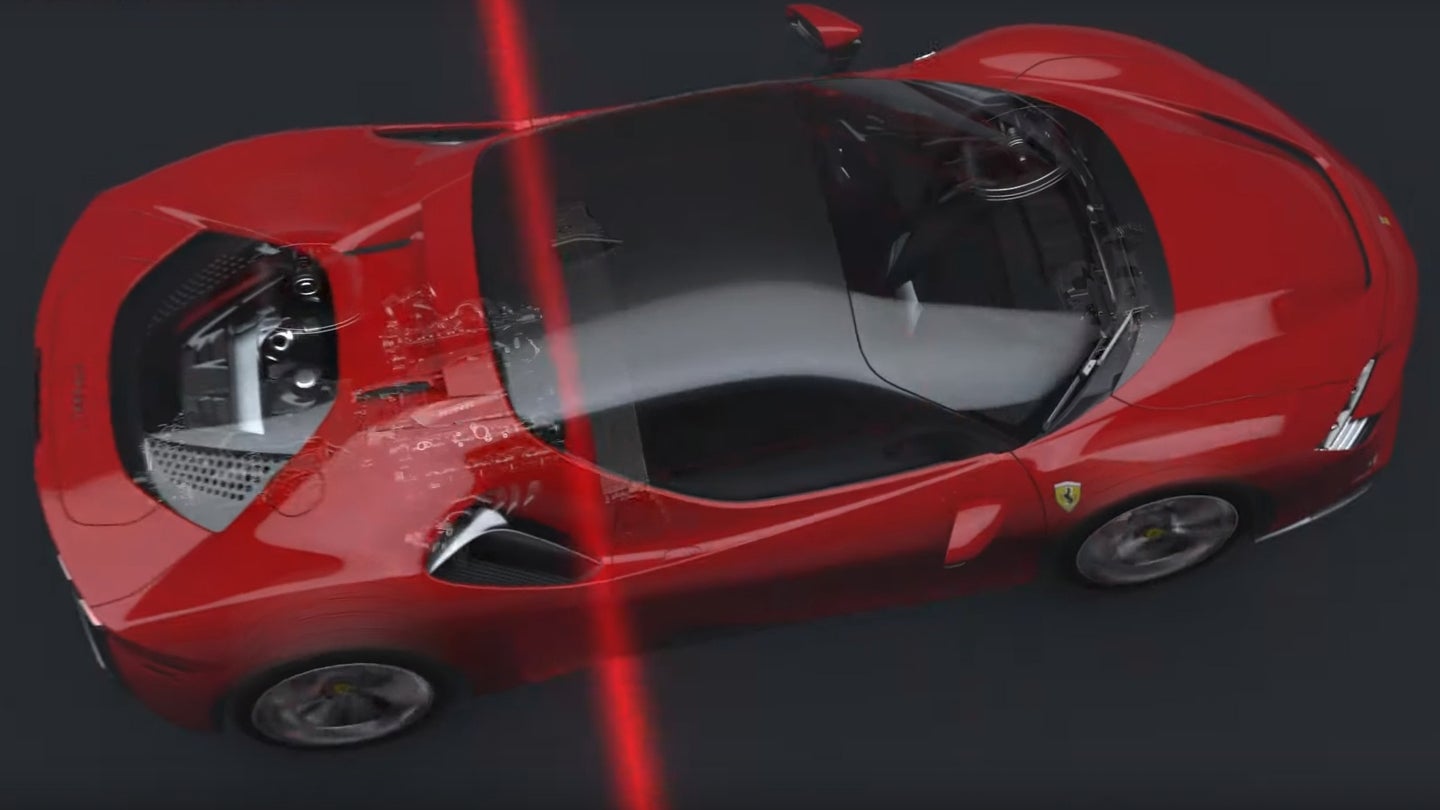 The next big thing to come from Ferrari's top engineers is the Ferrari SF90 Stradale. While the car itself was revealed on the web not too long ago, exact details weren’t quite yet fully available. That is, until now. Ferrari recently launched a video on its YouTube channel detailing the SF90’s extraordinary plug-in hybrid powertrain. Extraordinary it is, at least for Ferrari, because it’s the first production plug-in hybrid ever for the automaker.

Ferrari boasts that the SF90 Stradale will be faster than the company's previous flagship, the LaFerrari, which believe it or not, turns six years old this year since introduction. However, it is not a LaFerrari replacement, which follows the lineage of the likes previous flagships, such as the Enzo, F50, and F40.

Instead, the SF90 Stradale, named after the automaker's current Formula 1 racer, is expected to be both less expensive and less exclusive than either of those models.

How will the SF90 Stradale be faster than the LaFerrari? Well for starters, it sports a more traditional hybrid powertrain than the HY-KERS-inspired system in the LaFerrari. That means instant torque right from the get-go, thanks to the inclusion of three electric motors in total, on top of an already potent V8 power plant. Two will sit on the front axle to power each wheel, while the third is sandwiched in between the engine and the transmission. That said, the SF90 Stradale will have all-wheel drive.

The SF90 Stradale's V8 displaces 4.0-liters and is twin-turbocharged, being based on the same F154 engine found in the likes of the 488, the GTC4Lusso T, and various Maserati models. The gas engine alone produces a whopping 769 horsepower and 590 pound-feet of torque, which slaps the title on the mill as the most powerful V8 from Ferrari, ever. It’s then bolstered by those three electric motors, which add an additional 217 hp.

Those motors are powered by a 7.9-kilowatt-hour lithium-ion battery pack that is said to also provide the SF90 Stradale an all-electric driving range of 16 miles, depending on the road conditions.

To see the SF90 Stradale in further detail, check out the videos below.