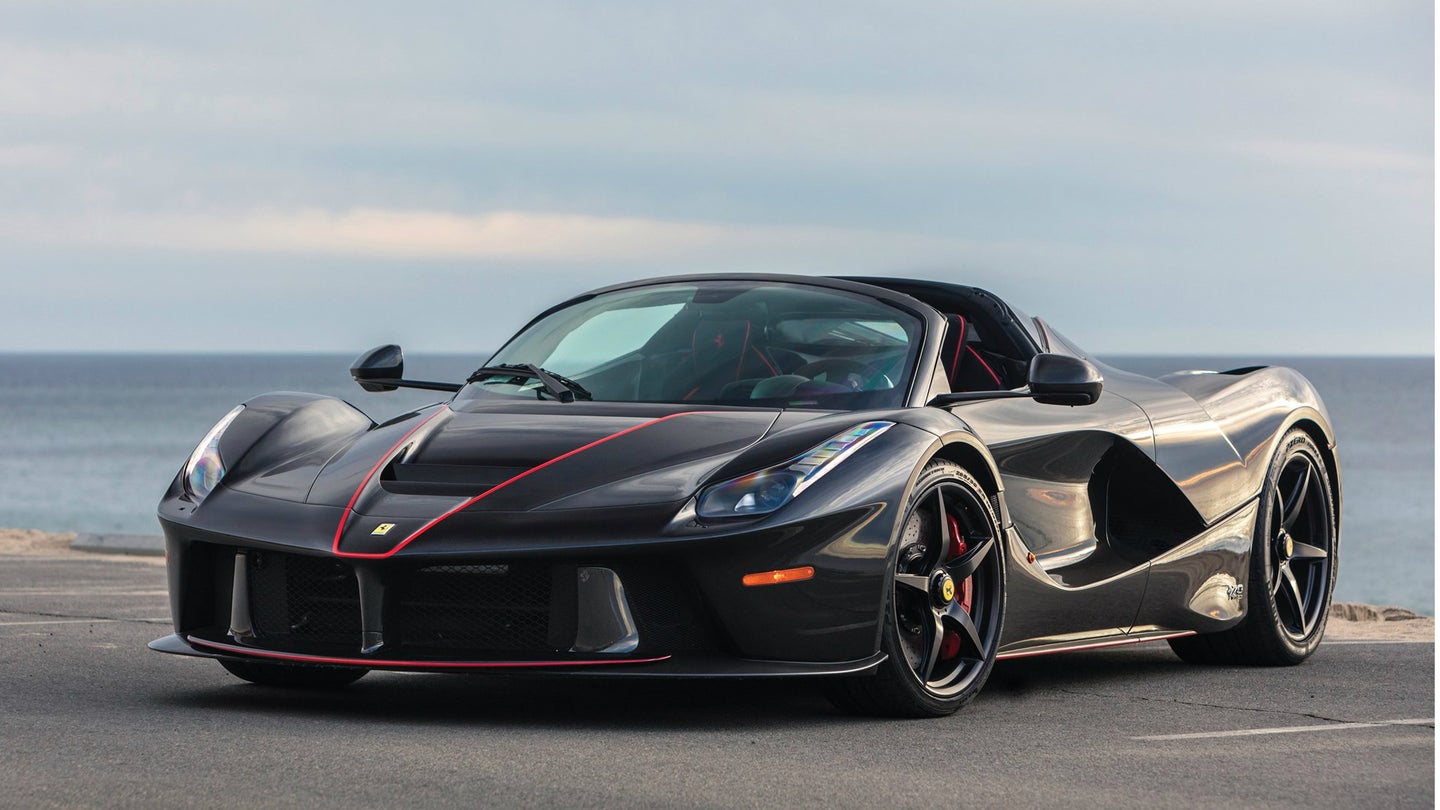 As a gift going into the weekend, Ferrari has confirmed that its next hybrid supercar will debut later this month. Details about the new supercar are still very much obscure, but in an earnings call transcribed by The Motley Fool, Ferrari’s CEO Louis Camilleri declared that the hybrid supercar would be released to the world in Maranello in just a few short weeks.

There aren’t many details about the forthcoming hybrid supercar that we can glean from the financially focused call. However, the first mentions of the car came from a comment by Camilleri, saying, “The second [new] model will be presented at the end of this month, with the world premiere held here in Maranello. As we have stated previously, it will be a top-of-the-line hybrid with supercar performance and a true beauty.”

We’ve covered rumors of the upcoming model for months now, only to see our excitement dashed away. We’ve also covered the handful of hybrid-electric mules caught on camera running around Maranello, too. There have also been rumors and speculation about whether or not this upcoming hybrid would use a V8 or a V-6 that would help Ferrari better meet more stringent emissions targets. The V6 could take the form of a retuned and reworked version of the Alfa Romeo Quadrofoglio’s twin-turbocharged V6, which itself is derived from a Ferrari engine.

Additionally, when one investor asked Camilleri where the upcoming model sat in Ferrari’s range, the CEO answered with, "The model that's coming in three weeks' time will be at the high end and it will have a supercar performance. When I say it's a high end, it will be above the 812 Superfast. So it's not a 488 replacement per se.” Ferrari’s 812 Superfast puts out 789 horsepower from its naturally aspirated V12. If this upcoming hybrid supercar is above the 812 Superfast, then it’s going to be a serious contender in that segment, potentially dethroning McLaren’s 720S, Lamborghini’s Aventador SVJ, and its own recently debuted F8 Tributo.

Speculation aside, according to statements made on the call, we have a semi-concrete timeline to finally get real answers to our questions. Camilleri ended with, “I would ask you [all] to be patient for three weeks and you'll find out a lot more.” It’s going to be a long three weeks.

Scratch Ferrari’s back and it’ll scratch yours with a personalized, custom-built supercar.