The test mule is speculated to portend not a cheaper Ferrari 488, but a possible entry-level V6 model from Maranello. 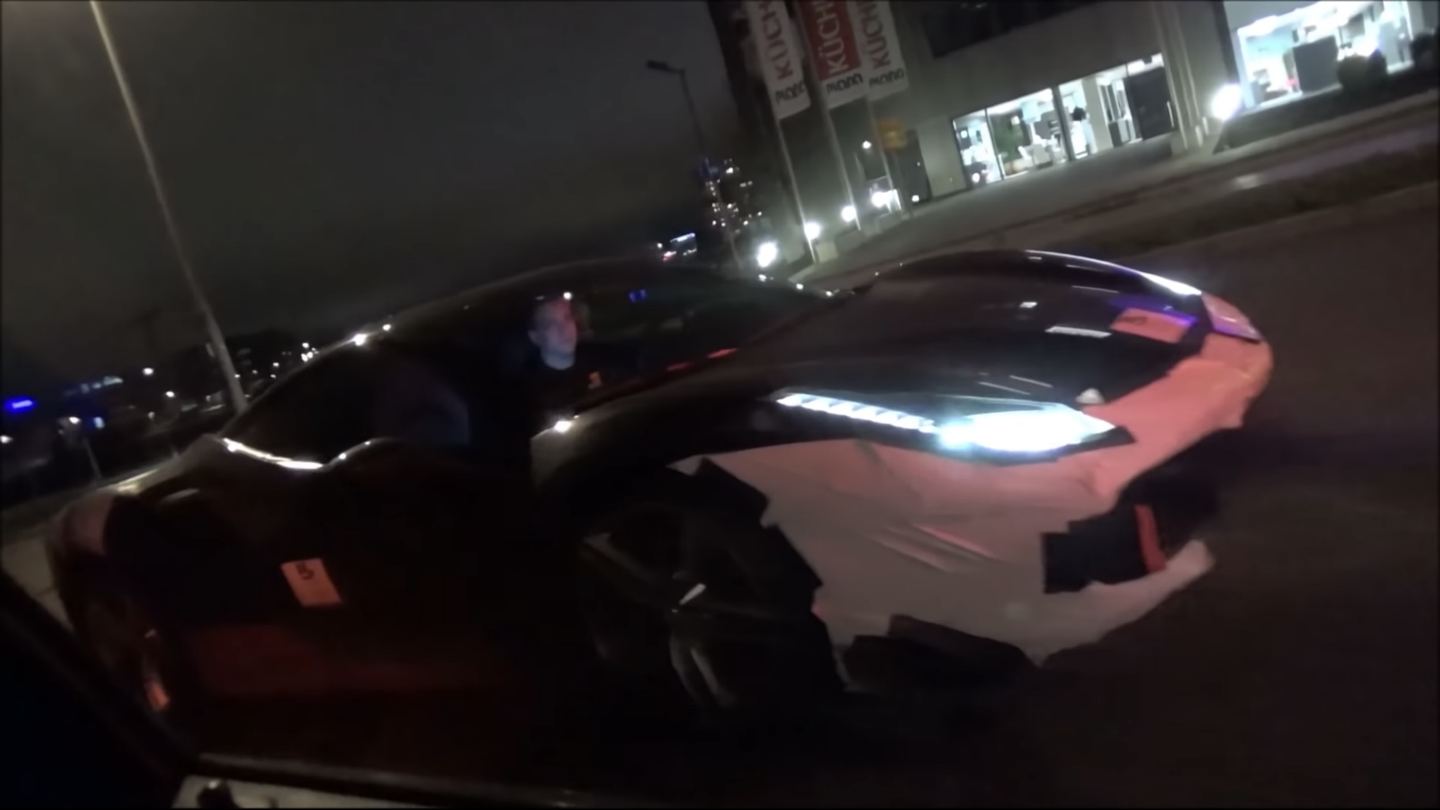 A Ferrari 488 has been spotted wearing test mule camouflage and making an unusual sound in Stuttgart, Germany, perhaps coming from a six-cylinder powerplant.

Depicted in a video uploaded by YouTube user DrGumoLunatic, the car is likely not a new high-performance variant of the 488, as the Pista and its corresponding open-roof Aperta versions were revealed earlier this year. The car does not emit the same noise as the 488's standard 3.9-liter twin-turbo V8, instead making what seems to be a distinct V6 noise. The uploader speculates the engine to be hybridized, and that its eventual destination could be the Ferrari Dino, whose revival has been rumored for more than a year.

The Dino was an entry-level V6 sports car named for Enzo Ferrari's eldest son and introduced by the company in 1968. Ferrari celebrated its 50th anniversary in July with a meeting in Maranello, where more than 150 owners of the under-appreciated Dino waved the model's colors at the company's private Fiorano test track.

Former Ferrari CEO Sergio Marchionne stated in August of 2017 that the model could be relaunched as the brand's new entry-level vehicle, undercutting the Portofino. Company executives were reportedly split on the resuscitation of the Dino, with some fearing it could "dilute" the Ferrari brand (apparently the Purosangue crossover doesn't count).

The V6 to be found in the hypothetical Dino was reported to be that of the Alfa Romeo Giulia Quadrifoglio, a 2.9-liter, twin-turbo unit bubbling with 505 horsepower and 443 pound-feet of torque. Hybridization would only further improve that power figure, assuming the engine wasn't detuned to keep it further from the 488.