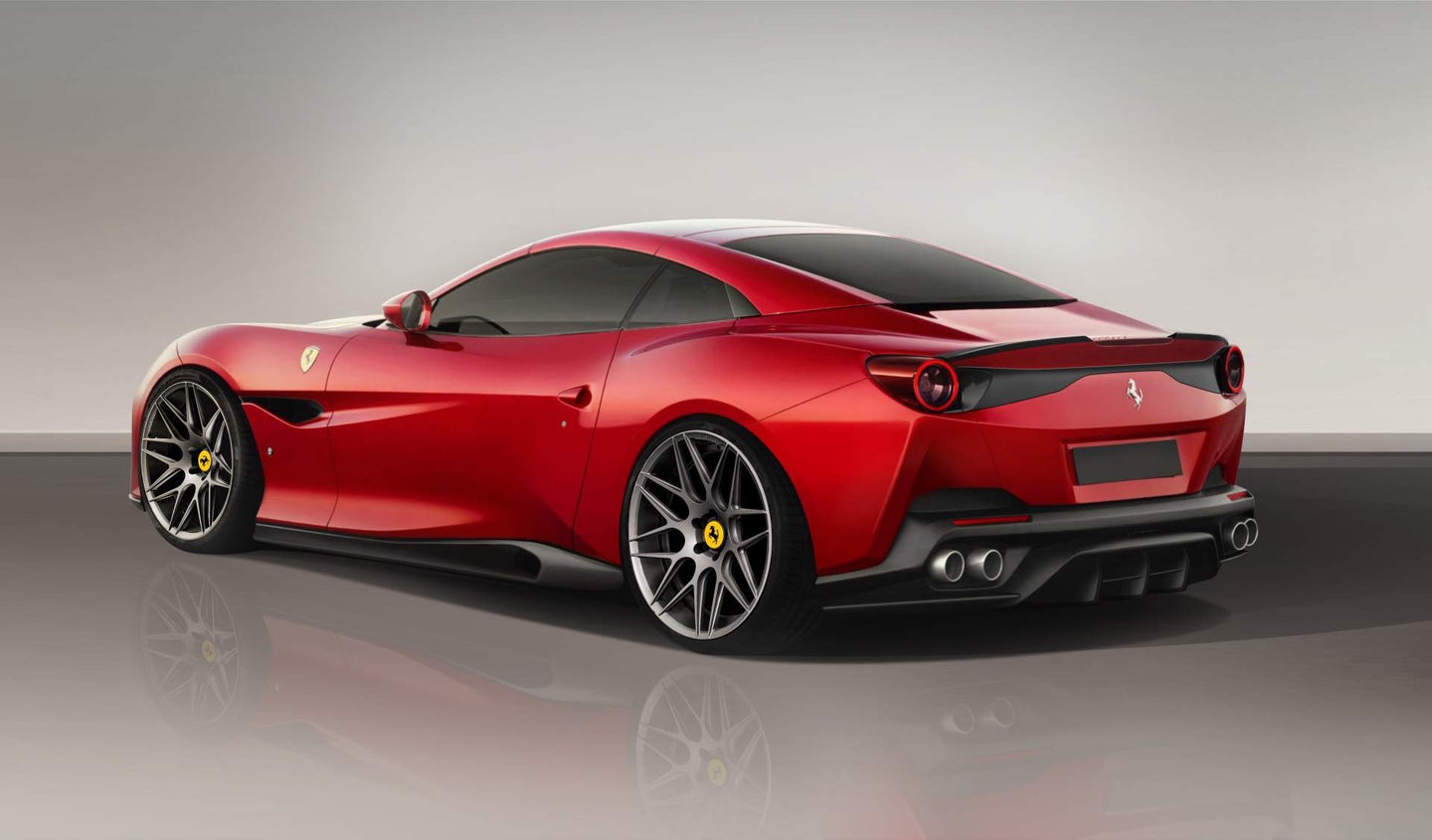 When you think of tuner-modified supercars, the images that come to mind aren't usually very attractive or tasteful. Loma, based in Monaco (naturally), has seemingly done the impossible: it's improved the Ferrari Portofino.

Dubbed the LP-740, Loma's tuned Portofino could be mistaken for a stock car by a less-attentive onlooker. For the sort of customers that we'd imagine Loma wants to cater to, that's a bonus.

Loma has been making custom wheels for nearly a decade, and recently expanded its operations into body kits and beyond. Subtlety is the name of the game for the European company's Portofino body kit, accentuating the car's existing styling features for a look that's slightly more aggressive without dramatically altering its fundamental character.

The front bumper and apron are replaced with new pieces that feature more pronounced intakes with carbon fiber trim. Carbon side skirts, a rear bumper with a more pronounced diffuser, and a small lip spoiler above the tail lights complete the body modifications.

A lower suspension and custom 21-inch Loma wheels add to the muscular, yet lithe look. Despite being larger than the stock wheels, Loma's alloys weigh an amazing 20 percent less.

To cap off the performance package, the engine has been tuned to deliver 740 horsepower, resulting in a 0-60 time of just 3.1 seconds. thanks to custom software and an upgraded exhaust. Of course, if you're happy with your Portofino's stock performance (for now, at least), Loma will be happy to sell you the body kit and wheels a la carte.