If true, it’ll be the first non-special-edition, drop-top, V12 Ferrari grand tourer since 2006. 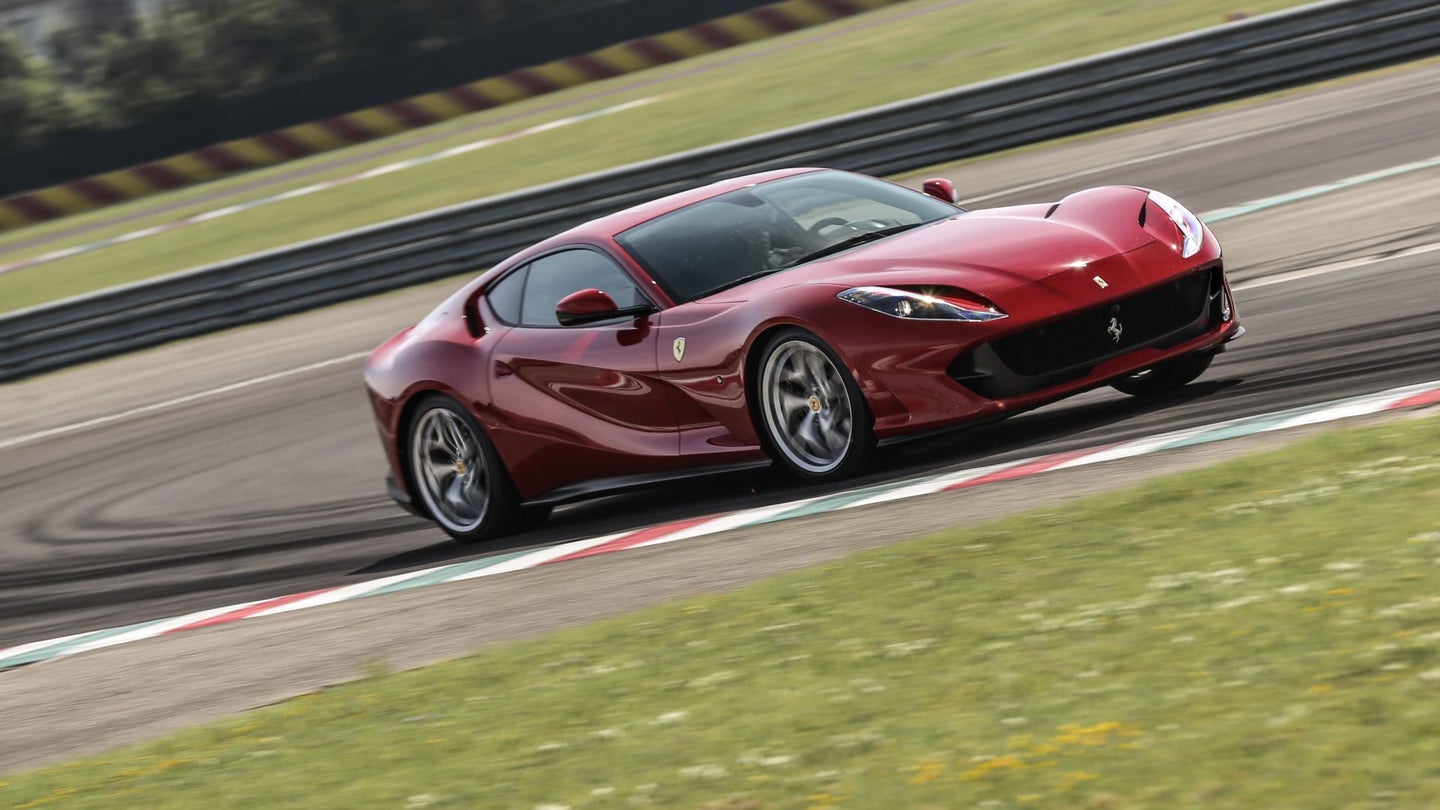 Ferrari is preparing to introduce a convertible version of the 812 Superfast if recent rumblings are to be believed. According to posts on the Ferrari Chat forums, a topless 812 variant has been confirmed by leading collectible Ferrari expert—cool gig, if you can get it—Marcel Massini and will use a folding hardtop similar to the ones seen on the 488 Spider and Portofino. One lucky poster even claims to have put down an order for one a month ago.

This news is notable for two reasons. Firstly, it's a new drop-top Ferrari. Secondly, it'll be the first car of its kind Ferrari has made in significant numbers since the Superamerica went out of production in 2006. Convertible versions of the company's flagship V12 grand tourers have been made since but only in extremely limited numbers, even by Ferrari standards. Only 80 examples of the 599 SA Aperta were ever built while just 10 F12-based F60 Americas were ever produced.

Meanwhile, this new 812-based roadster sounds like it'll be a regular, series production Ferrari—if there is such a thing—akin to the aforementioned 488 Spider.

In the event that we're completely off-base and this turns out to be yet another flamboyantly-named, double-digit-production limited edition, feel free to disregard most of the last two paragraphs.

Powered by a 6.5-liter V12, the Ferrari 812 Superfast makes 789 horsepower—the most ever produced out of a production, naturally-aspirated mill.

The Drive has reached out to Ferrari for comment and will update this story if we hear back.

UPDATE: In an email to The Drive, a Ferrari spokesperson says the company doesn't "comment on speculation."

Watch a Ferrari 812 Superfast Powerslide Its Way Around Mugello

With a thumping V12 engine and 789 ponies to spare, the 812 Superfast can drift for days.