What police are calling a "mass casualty" incident mars the luxury publication's Car of the Year event. 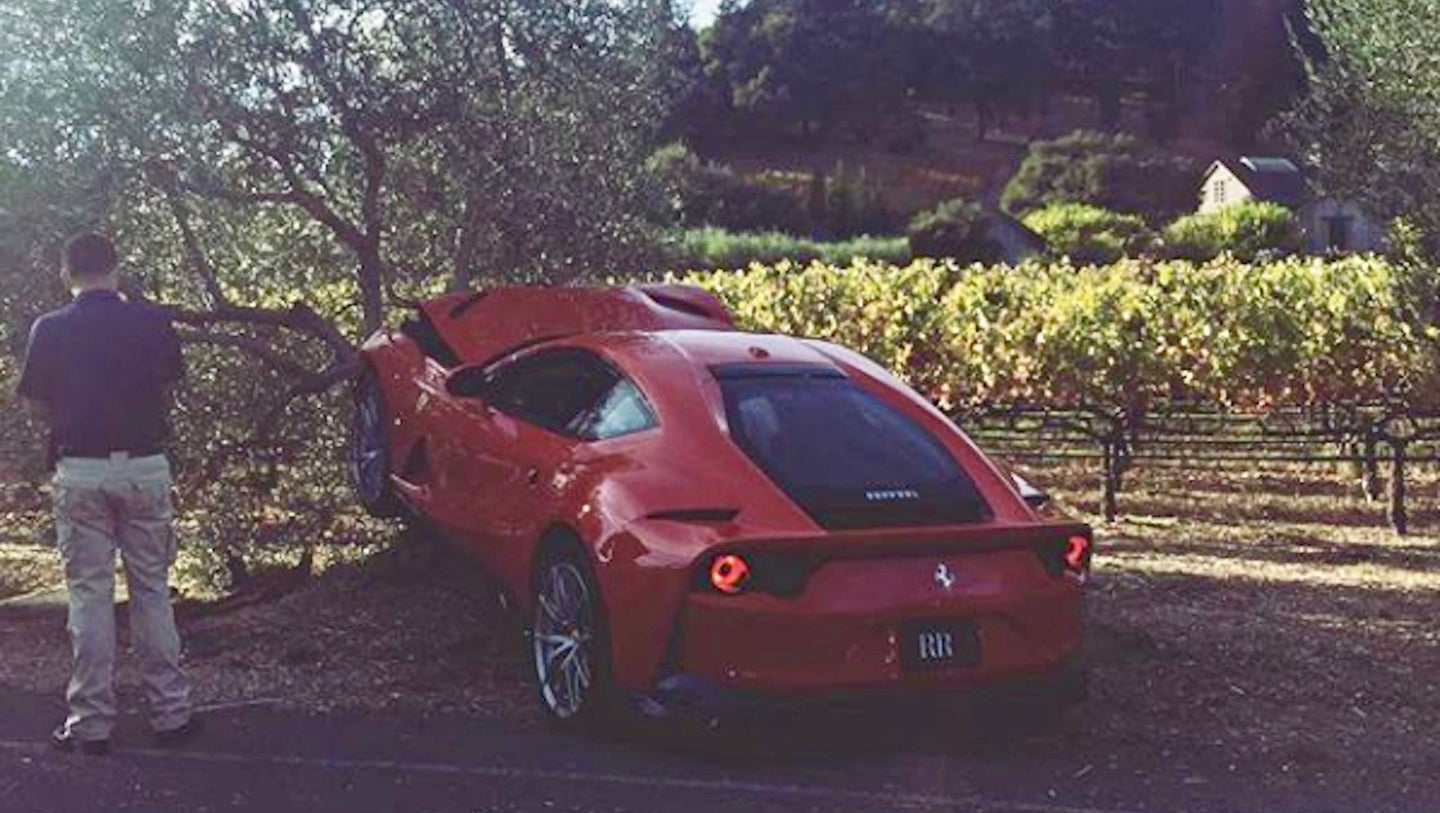 [Updated: According to sources familiar with the matter, the 2018 Ford driven by Cristina Cheever, Robb Report's senior vice president of live media and former publicist for Porsche, was not part of the magazine's Car of the Year event, and was offsite on an unrelated matter.

As The Drive originally reported, the incident with the Ferrari 812 Superfast occurred during Robb Report's Car of the Year event.]

Every year since 2002, luxury lifestyle publication Robb Report brings both automakers and enthusiasts together for its annual Car of the Year event. According to the Napa Valley Register, two publication staffers were seriously injured during this year's event, after a vehicle in which the pair was traveling was involved in a head-on collision.

Reports claim that around 1 p.m. on Sunday, a vehicle that police described as a "2018 Ford" was traveling on Highway 128 (about 20 miles north of the event) when the vehicle "crossed the center line for unknown reasons" and struck a Honda. Police report all vehicle occupants—three in the Ford and two in the Honda—sustained major injuries as a result of the accident, with at least one being serious enough to require medevac via helicopter, as the CHP Facebook post below shows.

Upon the arrival of the first firefighters at the scene a Mass Casualty Incident (MCI) was declared.

CHP H-32 and REACH landed near the scene at an established landing zone. REACH transported one patient to the Santa Rosa Memorial Hospital as CHP H-32 transported another to the Queen of the Valley Hospital. AMR transported the rest of the patients to various Napa County Hospitals.

The Napa CHP Office is the investigating agency. Footage by CHP Air-37 who was overhead assisting Napa CHP.

In a separate incident, Instagram user Frederick Bayles posted a photo of a Ferrari 812 Superfast that had collided with a tree at a vineyard in Napa Valley. The Ferrari sported a black license plate with the Robb Report logo on it, which confirms that the vehicle was part of the yearly event. However, no injuries have been reported as a result of the Ferrari's crash and more details haven't been divulged.

During the Car of the Year events, which are held on both the east and west coasts, editors from Robb Report select 13 of the best sports and luxury vehicles to be judged by a group of readers which it calls the "steering committee." The attendees grade each vehicle (from "A" through "F") and ultimately assemble a scorecard which will pit each car against the next for a ranking amongst its peers.

The Drive reached out California Highway Patrol and Robb Report for clarification, but have not yet received a return comment.

The Ferrari Portofino
The  Drive
MORE TO READ