The Chevy-powered movie car comes with a signed photo of Cruise and is expected to fetch around $90,000. 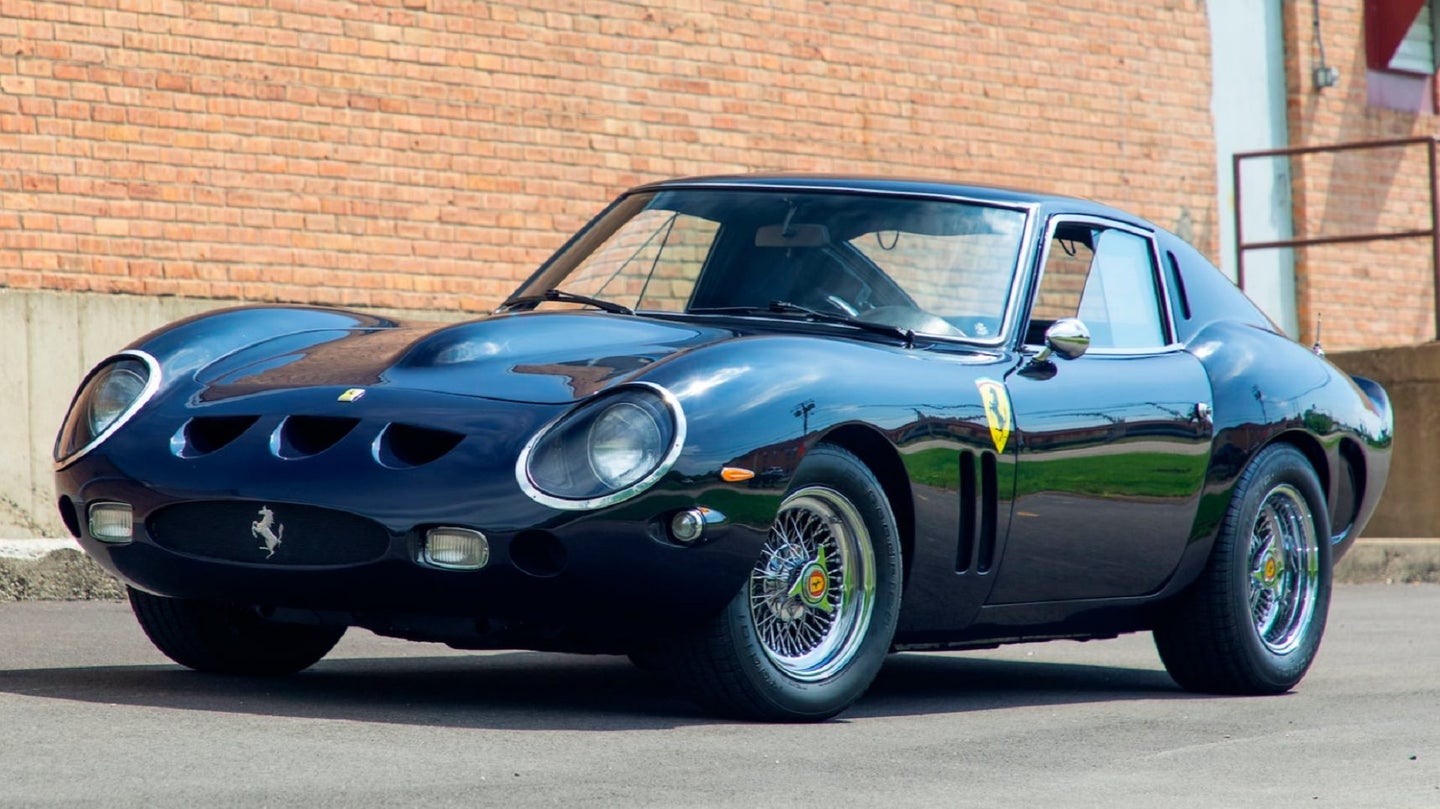 Amidst the recent hype surrounding the return of Top Gun, a machine from a more obscure phase of Tom Cruise's career has resurfaced—and is heading to auction at Mecum Monterey next month. The Ferrari 250 GTO replica that Cruise drove in the opening minutes of 2001's Vanilla Sky is looking for a new home.

The movie's creators would probably want us to believe it was a real Ferrari, but in reality, the car is a replica based on the Alpha One GTO, which is actually built by an Italian car specialist named Joe Alphabet in Southern California. According to the listing, this unit was restored in 2007 by Vintage Motors in Arizona.

Finished in dark metallic blue, it features a small-block Chevrolet V8 and a GM automatic gearbox. Notably, the GTO replica will also come with a certified photo of Tom and co-star Penelope Cruz signed by the man himself as well as a copy of the Paramount Pictures title (that's the car's ownership document, not a Blu-Ray of Vanilla Sky). According to the listing, Mecum expects the car to bring anywhere from $85,000 to $95,000.

Late last month, Ferrari legally had the 250 GTO declared as a work of art by an Italian court, rendering any and all replicas of Maranello's classic pieces of counterfeit—this car, presumably, included. With just 36 in existence, genuine samples of the Ferrari 250 GTO regularly exchange hands for up to eight digits with one going for a record-breaking $48.4 million at RM Sotheby's Monterey event last year.