The Ferrari from Ferris Bueller's Day Off Is Going to Auction

Spoiler: The movie car was only a replica Ferrari, but we don't care, and we suspect you don't either. 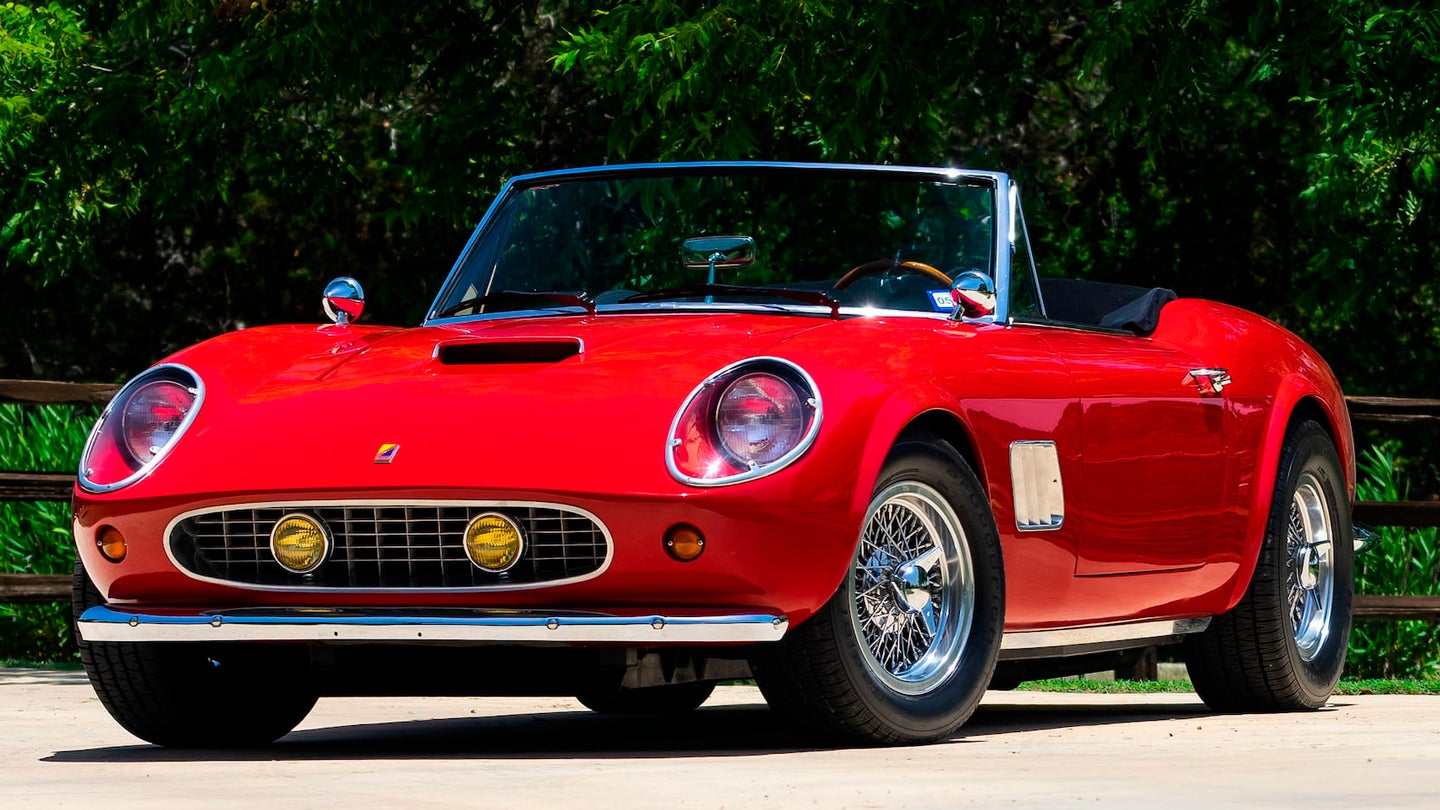 "The 1961 Ferrari 250 GT California. Less than 100 were made. My father spent three years restoring this car. It is his love. It is his passion," said Alan Ruck, playing Cameron Frye in Ferris Bueller's Day Off, the 10th highest-grossing film of 1986.

Except the movie car wasn't a real Ferrari. It was a replica by Modena Design and Development, named the GT Spyder California, three of which were used in filming. Of those three, one was built only as a rolling chassis for the scene in which Cameron inadvertently destroys the car, leaving two cars, one of which is headed to Mecum Auctions in Monterey, California in late August.

This Modena GT Spyder California, number three of three, has a tube frame chassis, built by Bob Webb, who also worked on the Zerex Special once driven by Roger Penske and Bruce McLaren. Its power comes not from the authentic Ferrari's 3.0-liter V12, but instead a quad-carbureted, 5.0-liter V8 of unspecified origin—possibly a Ford Windsor V8. It received a nine-month restoration by Modena founder Neil Glassmoyer before being listed with Mecum for August's auction.

Mecum tells The Drive that the lot includes other film memorabilia, including a die-cast model of the car, Matchbox cars, the original sales brochure, and a movie posted signed by both Glassmoyer and the film's star, Matthew Broderick. Glassmoyer himself will be present with the car's certificate of authenticity at the auction, where Mecum tells us the 1,596-mile car is expected to go for $250,000 to $300,000.

Authentic Ferrari 250 GT Californias demand prices in the upper seven to low eight figures at auction, with one car seeing a hammer price of $17.2 million in 2016 according to Amelia Island Living. We'd be surprised to see a replica come anywhere close, but then again, the Goldeneye Aston Martin DB5 sold last weekend for $2.6 million, according to Hemmings, so seven figures may not be out of reach for this Fauxrrari.

The Ferrari Portofino
The Drive
MORE TO READ