This is one of the cars that lost to Carroll Shelby at Le Mans in 1959. 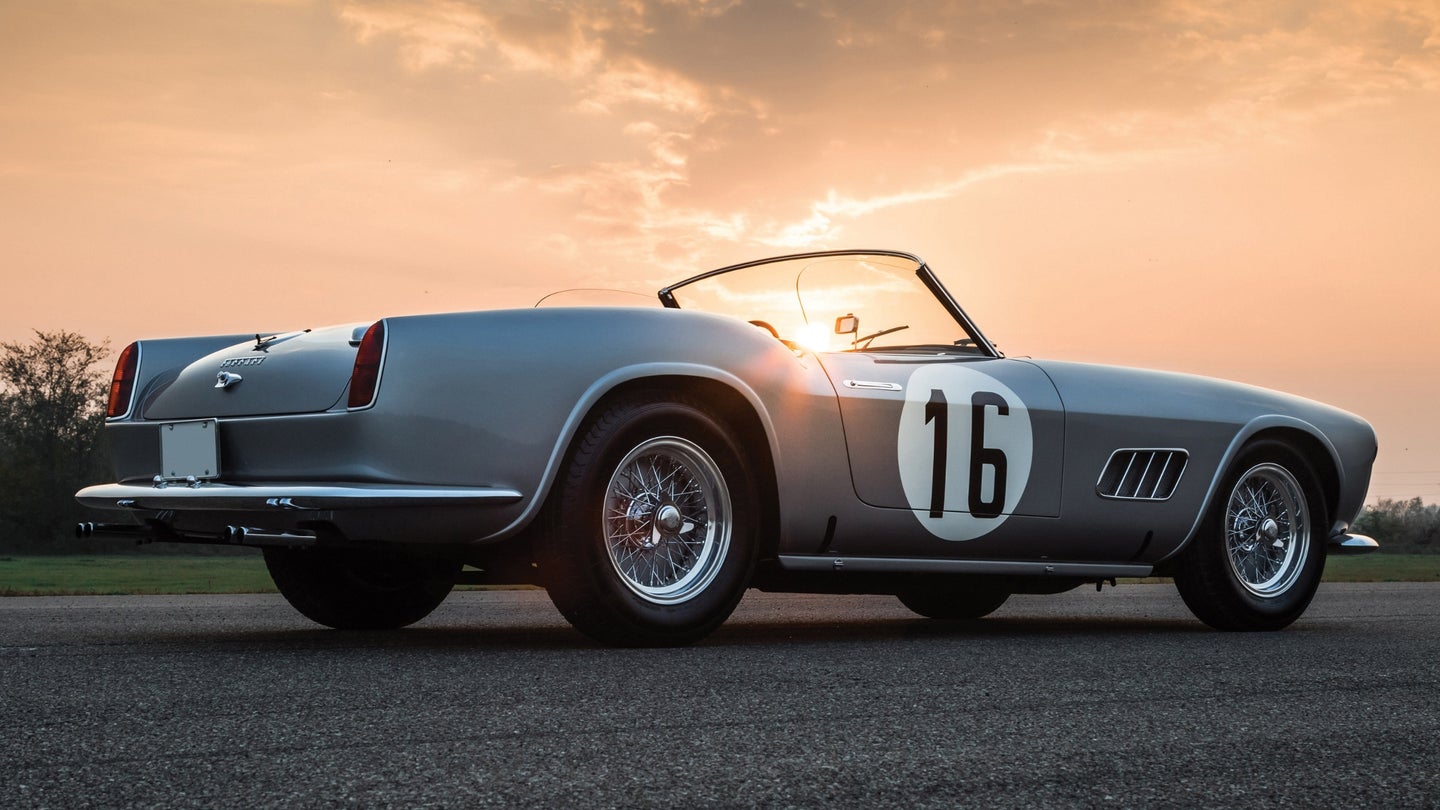 Some of the most valuable classic cars in the world are Ferraris and another one just sold at auction for a staggering price, and it isn’t even red. A 1959 Ferrari 250 GT LWB California Spider just sold at RM Sotheby’s auction in New York for $17.99 million. The hammer price was expected to be between $14 and $17 million.

This car has a few things going for it that makes it extremely valuable. For starters, it’s one of only eight built with an aluminum body. It also finished third place in its class and fifth place overall at Le Mans in 1959 which was won by Carroll Shelby. Its rarity combined with its pristine condition and racing heritage was a formula for big bucks on the auction block.

Another thing that could possibly have contributed to the value of the Ferrari is that it’s from the same series as the car in Ferris Bueller’s Day Off. Cameron’s dad’s Ferrari was a red, non-aluminum 1961 250 GT SWB California Spider. The car that was actually driven by Ferris and the shady valet guy and was ultimately destroyed (spoilers) was a replica, but they did bring in a real one for tight shots that required a more convincing Ferrari.

This wasn’t the only high-dollar silver-colored car at the RM Sotheby’s NY auction. A 2000 BMW Z8 owned by none other than the late Apple co-founder Steve Jobs, who was normally a Mercedes-Benz guy, sold for $329,500 which was right in the predicted price range of $300,000-$400,000. There’s really nothing special about the car other than that it’s a Henrik Fisker-designed Z8 and that it had a celebrity owner.

If you happen to have an aluminum 1959 Ferrari 250 GT sitting in your garage, now might be a good time to consider parting with it.

The American designer, developer and manufacturer of gaming accessories has just announced the launch of its replica Ferrari 250 GTO wheel.